Dysmenorrhea is one of the benefits of lavender for the uterus. In 2014, 96 women with dysmenorrhea participated in a study published in the journal Complementary Therapies in Medicine. The use of lavender oil during the trial relieved symptoms of dysmenorrhea without causing side effects. 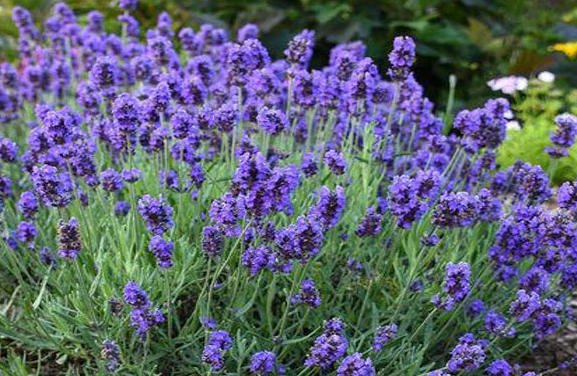 A study published in the Journal of Clinical and Diagnostic Research in 2018 included 60 patients. Inhaling its oil can relieve pain in the first few days following arterial bypass surgery.

Lavender oil pads placed on clothing collars may reduce the risk of falls in nursing homes, according to some scientific evidence. Researchers published a 2012 study in the Journal of the American Geriatrics Association that suggests stimulating the sense of smell can reduce the risk of falls and restlessness among nursing home residents. However, more research is needed to confirm these findings.

There is conflicting evidence regarding lavender inhalation’s effectiveness in reducing anxiety. Inhaling it appears to reduce agitation and restlessness in people with Alzheimer’s, but other studies have found no benefit.

This is based on a small, preliminary, unconfirmed study. In 2002, the International Journal of Geriatric Psychiatry published this study involving 15 patients with severe dementia. A small study could not confirm whether inhaling the oil reduced participants’ restlessness.

There are several ways to relieve depression:

There is conflicting evidence regarding the effectiveness of inhaling its oil in reducing depression. In some studies, it has been shown to relieve depression, while in other studies, it may not be enough to do so. There have been several studies conducted in this area, including one published in 2020 in the Journal of Complementary Therapies in Medicine, which found that people who drank this herbal tea reduced their symptoms of depression and anxiety.

The results of another study of 45 patients with mental disorders showed that lavender is associated with adverse side effects despite its benefits. Other larger-scale studies should be conducted to better understand its effect on depression, but researchers concluded that it may not be enough to eliminate depression completely.

An unconfirmed study published in the International Journal of Nursing found that massaging oil relieved colic symptoms in 40 infants aged 6 to 12 months, but the study was small and inconclusive. This needs to be confirmed by more studies.

In 2016, the International Journal of Public Health Sciences published a small study of 32 patients. This study indicates that inhaling its oil may lower systolic and diastolic blood pressure in people with high blood pressure, but it is too small to confirm this.

Insomnia can be relieved:

An observational study published in 2020 suggests that inhaling its oil can reduce stress levels and facilitate regular sleep cycles. This study has not been confirmed. More robust studies need to be conducted. It is necessary to confirm this work.

A study published in 2012 included 47 participants. The oil may also relieve migraine attacks that are more severe than those who do not inhale it.

A study published in the Journal of Complementary Therapies in Clinical Practice in 2016 included 90 participants. Its essential oil relieves knee pain more than other oils for people with arthritis. Research is needed to understand the effects of this oil on arthritis after 4 weeks of use.

Journal of Complementary Therapies in Clinical Practice published a study of 120 women in 2016. Inhaling its extract may relieve labor pain for women. 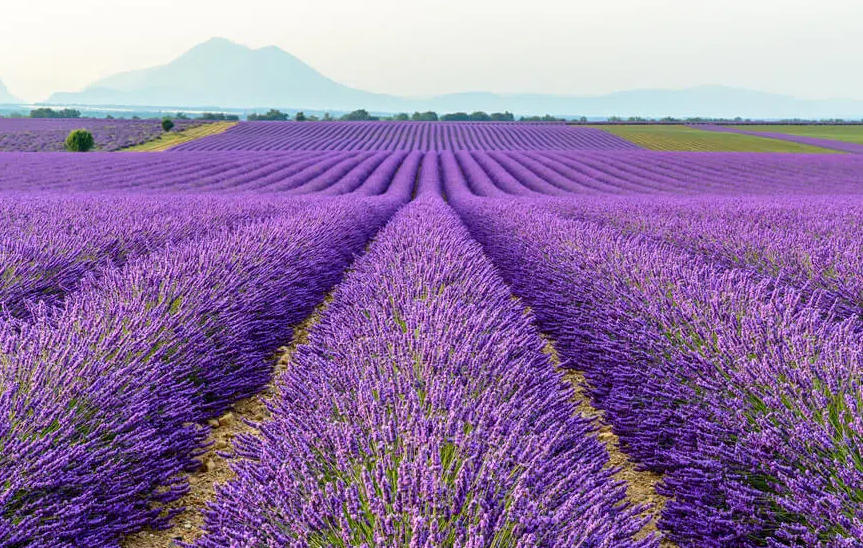 Several scientific studies have been published on the effects of alternative and complementary medicines on people without medical conditions. Inhaling its oil can significantly reduce stress levels.

Essential oils such as lavender contain compounds that can be beneficial

The oil contains linalyl acetate and linalool. These compounds have anti-inflammatory properties and are found in many essential oils.

Lavender has the following side effects:

A large amount of its extract can be taken orally, applied to the skin, or inhaled in large amounts when used in food. Some people may experience skin irritation or allergic reactions when using its oil. Stop taking it if you experience nausea, vomiting, or headaches.

It is recommended to be cautious and avoid its use during pregnancy and breastfeeding due to the lack of reliable information about its use.

Children who have not yet reached puberty should not use products containing this oil.

There are certain conditions that require caution and attention when consuming lavender, including:

Patients with heart disease should not use lavender unless a doctor or health care provider consults them first. Lavender’s effect on the nervous system may be harmful to them.

Lavender plant uses: what are they?

It is used as a flavoring agent in foods and beverages, and its leaves and flowers are used in salads, spices, desserts, and jellies in the regions where it grows. Aromatic lavender is used to add a beautiful scent to soaps, cosmetics, perfumes, dried roses, and flower arrangements.

What are the benefits of lavender for women?

It has been suggested that the lavender plant may be useful for women, and among the benefits it may have for women are the following:

How much lavender is permissible?

For anxiety relief, 160-80 mg of a specific lavender oil product was used daily for 6-10 weeks, as well as 500 mg of dried lavender flowers twice daily for 8 weeks.

The use of 80 mg of a specific lavender oil product daily for 6 weeks and 60 drops of diluted lavender extract daily for 4 weeks reduced depression.

There are many forms of lavender, including:

Lavender essential oil is made from flowering lavender plants, and it should be used with caution and avoided.

Topically, any essential oil must be diluted with a carrier oil. For example, you can mix a few drops of lavender oil with coconut oil before applying lavender oil. You should also test diluted lavender oil on a small area of skin before using it on the skin, as undiluted lavender oil can irritate the skin. Put it in a perfume diffuser to relieve irritation and inflammation.

It can be prepared as a relaxing drink by steeping ready-made lavender tea bags in hot water, which can help relieve anxiety and increase the ability to sleep. If you want to make it from the same plant, pour a cup of it into a cup, add boiling water to half a teaspoon of lavender buds, and let it brew for a few minutes.

235 ml of boiling water can be used to make lavender tea by adding one or two teaspoons of whole lavender plant to the water. The tea can be drunk one to three times a day.

Due to lavender’s potential effects on the nervous system, it is recommended that people with heart disease, certain underlying diseases, and those taking regular medications consult their doctor before using lavender. A careful consultation was conducted by him