The citrus family of fruits 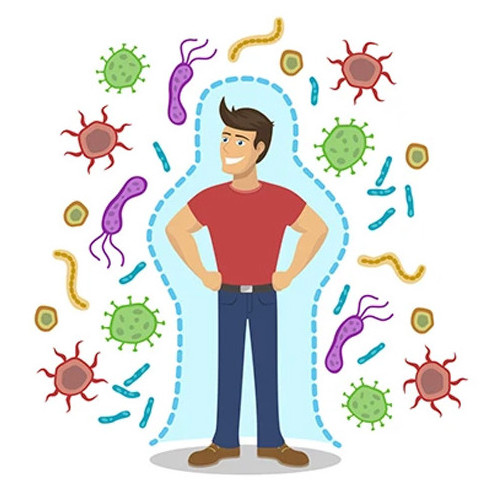 As a good source of vitamin C and powerful antioxidants such as sulforaphane, broccoli is an excellent choice to support a healthy immune system when eaten regularly as part of a healthy diet.

Additionally, spinach is a rich source of vitamin C, so eating it can boost the immune system’s ability to fight infections.

It was reported in a 2015 review in the Journal of Immunology Research that garlic reduces inflammation and enhances intestinal function by stimulating phagocytes, lymphocytes, and natural killer cells that produce antibodies.

According to a preliminary study in mice published in the Journal of Clinical Biochemistry and Nutrition, polyunsaturated fatty acids may have immunomodulatory properties, which may help reduce inflammation. According to the findings, adding these acids to a diet rich in olive oil, sunflower oil, or hydrogenated coconut oil may modulate immune cell function.

Sunflower seeds are also a source of vitamin E, which is an antioxidant and fights free radicals, which may improve the immune system.

Ginger contains antioxidants and other nutrients that may reduce the risk of infections.

Ginger essential oil was found to affect both cellular immunity and nonspecific proliferation of T lymphocytes in a 2006 study published in the Journal of Ethnopharmacology. A number of health conditions can be treated with it.

As turmeric contains compounds with antimicrobial and antioxidant properties, it reduces the ability of microbes and viruses to multiply, as well as strengthening your immune system to fight infections.

According to a review published in the Journal of Clinical Immunology in 2007, curcumin is an immunostimulatory agent that can activate T cells, B cells, macrophages, neutrophils, natural killer cells, and dendritic cells, which may help boost immunity.

According to a preliminary study published in the Journal of Food and Agricultural Immunology in 2008, kiwifruit extract may improve immune function.

Cacao is a food relatively rich in polyphenols, which makes it a powerful antioxidant and positive for the immune system, as shown in a laboratory study on mice published in Frontiers in Pharmacology in 2013.

In a study published in the Journal of Oxidative Medicine and Cellular Longevity in 2018, honey was found to be a natural antioxidant and anti-inflammatory that may boost immune system health.

Tips for strengthening your immune system

Choosing and following a healthy lifestyle can strengthen the immune system in the following ways:

Diets should include fruits and vegetables.

Sugar suppresses immune cells that attack bacteria for a few hours after consumption.

It is important to maintain a healthy weight

Adults should sleep seven to nine hours a night. Stress hormones and inflammation can be caused by not getting enough sleep.

Drinking alcohol should be avoided.

Does there exist a vitamin that boosts immunity?

Many foods contain vitamins that strengthen the immune system, some of which have already been mentioned. Consuming fruits and vegetables daily is associated with supplying the body with essential vitamins.

Research has shown that herbs boost the immune system because they contain compounds that may boost immunity.