Tilapia is one of the foods rich in vitamins and minerals, as it contains good amounts of vitamin B3, vitamin B12, phosphorus and potassium, as well as calcium. Strengthens bones and aids in blood clotting. Also, it contains selenium, which is essential for the thyroid gland to function and helps maintain a healthy immune system. 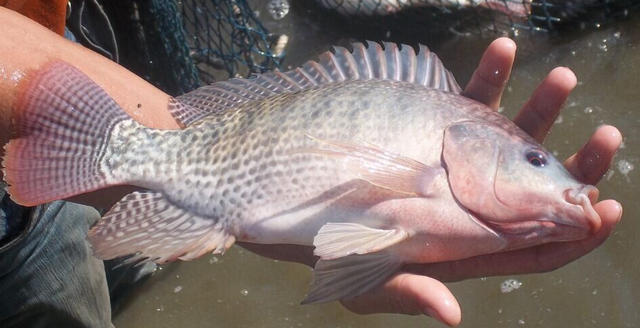 The nutritional value of tilapia fish

In 100 grams of boiled or steamed tilapia fish, the following nutrients are present:

When raised under good conditions, tilapia is considered one of the best choices for pregnant and lactating women as well as children over two years of age by the US Food and Drug Administration. Despite its low mercury and pollutant content, it is important to choose the best varieties of this fish and buy them from reliable sources. There have been numerous reports published over the past decades detailing bad practices during tilapia farming, such as the use of certain chemicals or feeding the fish animal waste.

The disadvantages of using tilapia fish

Fish allergy sufferers should avoid eating fish and its products to avoid allergic symptoms such as hives, rashes, stomach cramps, vomiting, diarrhea, headaches, asthma, and fish allergy. Anaphylactic shock can also occur if the allergy develops into a severe one.