Premature ejaculation is one of the most common problems among men that directly impacts the quality of marital relationships. Many men resort to drugs to solve this problem and claim that this method treats premature ejaculation.

Medication for premature ejaculation includes the use of antidepressants. These drugs can delay ejaculation and increase the duration of intercourse. To prescribe such drugs, you should see a doctor and use them under his supervision.

Many people resort to methadone and tramadol to prolong their relationship without being aware of their addictive effects and dependence. Even substances such as marijuana, opium, and cocaine are sometimes used to increase sexual pleasure for a limited time, but their harms become apparent after a while. 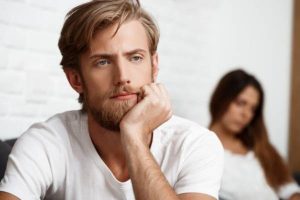 Factors that cause premature ejaculation?

Premature ejaculation can have many causes, some of which are psychological, some of which are due to various physical factors such as hormonal changes. To make you more familiar with these cases, the factors affecting this phenomenon are as follows:

Various psychological factors are involved in the issue of rapid ejaculation:

Delayed condoms contain anesthetics that, if used, numb the tip of the penis for less than 5 minutes and last an average of up to 20 minutes.

Use gels and delay sprays

Delay sprays contain substances that reduce the sensitivity of the nerves of the penis and delay ejaculation. The materials used in these sprays are lidocaine and benzocaine.

With a little knowledge of the anatomy of the penis, this can easily be done. You can delay your ejaculation by pressing one or two points below.

Pelvic floor pressure – Pressure on the area between the anus and the scrotum can delay ejaculation.

Use the start and stop method.

One of the most effective ways to eliminate premature ejaculation or late gratification is called the start and stop method. In this way, you engage in sexual activity, and after your arousal is maximized and just before orgasm, you stop the activity and do not do any arousal for a short time.

Do Kegel exercises to delay orgasm. Kegel is effective when approaching ejaculation and can help delay ejaculation. These exercises help build muscle in the pelvic floor and thus help you have better control over ejaculation.

In a 2012 controlled study of premature ejaculation, men who did not have sex even one minute before ejaculation did 12 weeks of pelvic floor exercise; the results of this study showed that their ejaculation reaction time increased from 31.7 seconds to 146.2 seconds.

As soon as you feel you are on the verge of satisfaction, step back so that your sexual arousal subsides. This procedure should be done promptly, just like the previous method, to prevent premature ejaculation. 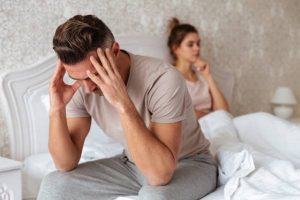 Most men focus on satisfaction and ejaculation. At the same time, the main part of successful sex is love and attention to the sexual satisfaction of the other party. Premarital sex not only increases the pleasure of your sex life but also increases its duration. So it is better to try to understand what your sexual partner enjoys and pay attention to his wishes.

There is no way to prevent this disease, but reducing stress and relaxation can be prevented to some extent.