Alzheimer’s disease, which occurs with age and dementia, affects more than 700 people in each country. The disease depends on various factors such as psychological stress, air pollution, and family history that can play an important nutritional role for all of these factors.

Due to the aging population of countries, Alzheimer’s is one of the most important diseases that occur with age and dementia and should be controlled with a healthy diet.

Alzheimer’s disease is the most common type of dementia with a gradual onset and continuous progression that affects memory and other mental abilities such as thinking, reasoning, and judgment and makes daily tasks difficult in life.

Fifty percent of those who care for these patients suffer from depression, so care must be shared among family members. There is currently no definitive cure for Alzheimer’s, so all policies in this area include a diagnosis. The time and arrival of people with Alzheimer’s are slow.

According to statistics, only three percent of people between the ages of 65 and 69 have dementia, but that number rises to 30 percent between 85 and 89.

The disease was first reported by a German psychiatrist named Alois Alzheimer in 1906. Unfortunately, Alzheimer’s is often diagnosed too late, and three-quarters of patients are unaware of the disease.

There are 50 million Alzheimer’s patients globally, and that number will increase to 115 million by 2050, so by 2050, one in 85 people will develop Alzheimer’s. 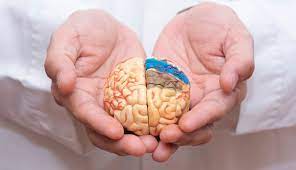 The process of brain damage in Alzheimer’s disease begins with short-term memory and then involves a wide range of different symptoms involving different parts of the brain.

Cognitive disorders, memory and forgetfulness disorders, language disorders, thinking disorders, inability to judge and reason, orientation, and awareness of time and place, decreased attention and concentration, confusion and mood instability and irritability, fear and anxiety and depression, loss of past pleasures and interests, gradual weakness of emotions, pessimism, suspicion, pessimism and distrust, insomnia and sleep disturbance, gradual change of personality, hiding and storing things or food, loss of physical balance and skills Bad motor behavior is a symptom of Alzheimer’s disease.

Alzheimer’s is a progressive and degenerative disease, and the duration of the disease varies from three to 20 years, and the symptoms of the disease appear gradually and are one of the major health problems that become more prevalent with age.

This disease is one of the most important health problems that become more prevalent with age. Therefore, a healthy lifestyle is essential to prevent Alzheimer’s disease in old age.

Healthy eating plays a key role in preventing Alzheimer’s disease in middle age, and the subject of this disease is iron stores associated with memory and thought centers. An increase in iron causes these areas in the brain to become compressed.

Most of these lesions are found in tissues and cells, and iron concentrations are commonly found in areas where Alzheimer’s disease is pathologically active and causes free radicals in these areas.

Vitamin B deficiency also plays a role in Alzheimer’s disease. Therefore, it is recommended that you eat fruits and vegetables, bread and other cereals, potatoes, legumes, other whole grains, and olive oil, which are major fat sources.

Substances such as strawberries and peanuts reduce the risk of Alzheimer’s. It is essential to eat four eggs a week and a small amount of red meat. Antioxidant-rich foods neutralize free radicals. They say these foods are rich in vitamins C and E.