camel meat : Camel is a mammal with long legs and protrusions on the back that can live without water for long periods of time. Camels usually live 30 to 50 years, and in the absence of food and water, their fat can be stored in their hump in the desert.

Camel meat and milk are excellent sources of nutrition. Camels are rich in vitamins, minerals (sodium, potassium, iron, copper, zinc, and magnesium), proteins, and immunoglobulins. Camel milk has more vitamin C than cow’s milk. Camel milk is low in fat and lactose, and it can be made into ice cream, cheese, and butter.

The properties of camel meat in traditional medicine

camel milk contains more vitamin C than cow milk. In addition, it is low in fat and lactose. Camels are mainly used in countries and regions such as Sudan, Libya, Saudi Arabia, Egypt, Syria, Ethiopia, Kazakhstan and Somalia. Camel meat can be used in all countries and parts of the world due to its healing properties, nutrients, and many benefits. Camel meat has many medicinal properties and has long been recommended in traditional medicine.

Fat: 9%
Carbohydrates: Zero
Calories: 1000
Protein: 213 g
Camel meat is also rich in vitamins, including vitamin B and A, which contribute to healthy skin. In addition, it strengthens the immune system and protects the body against external infections. Vitamin A also has anti-cancer properties. 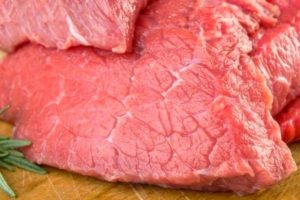 It contains a lot of protein

Camel meat is low in cholesterol and rich in protein, and people with diabetes and high cholesterol can consume it because it is perfect for them. Compared to beef, goat, ostrich, and chicken, camel meat has even lower cholesterol levels. Thus, since it is low in fat and cholesterol, this meat can be substituted for beef, especially for the elderly.

The high calcium and phosphorus content of this meat makes it effective and beneficial for people who suffer from joint pain.

Suitable for the gastrointestinal tract

The unique properties of camel meat, such as its flavor and aroma, cause it to increase gastric secretion and absorption power when consumed.

Cancer can be prevented by eating this meat. Linoleic unsaturated fatty acids are found in camel meat. In addition to preventing cancer, this fatty acid prevents interaction with other unsaturated fats. This meat contains energy that nerve cells can use to relieve brain fatigue, burnout, and nerve pain.

The skin and mucous membrane cells of the body benefit from the presence of vitamins A and B, which stimulate the immune system to fight external infections. Vitamin A also functions as an antioxidant, which protects cells against cancer and other diseases. Vitamin B is necessary for the human body to convert glucose into energy. Additionally, it is essential for the basic functioning of the nervous system, and its deficiency can lead to stress, anxiety, and depression. Camel meat is an excellent source of B vitamins.

It is rich in iron

Camel meat is a good source of iron. Because iron is one of the components of hemoglobin in the blood, which reduces the risk of anemia, people with anemia are advised to include this meat in their diet.

You can use this meat if you are looking for a rich and high-calorie diet because it has many calories despite its low harm.

Many diseases can be cured

by eating this meat, including:

It can treat corneal opacity and improve vision.

Hemorrhoids can be relieved by using camel fat.

Camel meat can be used to remove cream from hemorrhoids.

Additionally, this meat helps you lose weight. Studies have shown that this meat is better than other meats due to its low fat content, so it is healthy and beneficial for weight loss.

Coughing is very worrying and makes it difficult for us to do our daily chores. Coughing causes sore throat and itching, so to control it, fry camel’s liver and make a liquid by soaking it in hot water. Drink this liquid three times a day to help your throat. 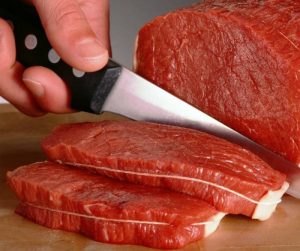 People in the Arab world, especially, love the taste of camel meat. Restaurants in Abu Dhabi, Dubai, and Riyadh serve camel meat because of its delicious taste.

Vitamins, especially B vitamins, phosphorus, and calcium, are essential for fetal growth.

It can also prevent premature births.

Children can benefit from camel meat in the following ways:

Because of its high calorie content, this meat is recommended for children, especially those with high mobility.

Due to its high calcium and phosphorus content, it is suitable for adult children.

It is best for children who cannot move to use camel oil.

Here are some reasons why camel meat is healthy for us:

This meat is so healthy for us for a number of reasons. Some camel meat foods, such as protein, set them apart from other types.

Camel meat is also low in fat and cholesterol, so it is healthy.

Our muscles benefit from this multivitamin food, which contains many vitamins.

Because this meat is easy to chew, it is suitable for the elderly.

Juicy meat can be added to soups to enhance their flavor. 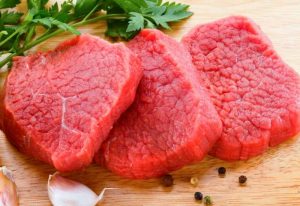 The nutritional value of this meat is slightly higher than that of other meats, so it should be marketed worldwide alongside mutton, goat, and beef. Furthermore, camel meat has many therapeutic effects for many deadly diseases, including high blood pressure, heart disease, and cancer. Regardless of cultural values, we should use them more often.

Due to its high fat content, the hump of the camel is not recommended for people with heart disease or the elderly.

Due to its low cholesterol and low fat content, camel meat is a healthy alternative to other meats. Using this meat won’t increase the level of fat or cholesterol in your body.

Most of the chemicals in camel meat are harmless.
Cannel meat is known for its low use of chemical toxins during its breeding process. Most camels are raised in arid areas, where pesticides are rarely used.

As a result, camel meat is less likely to accumulate pesticides.

Clogged arteries are prevented by camel meat.
Low levels of saturated fat in the diet are very important because they help reduce plasma cholesterol levels and prevent clogged arteries.

Due to this property, camel meat is a good option for consumption.

The Middle East believes that camel meat can also be used for treating diseases such as seasonal fever, sciatica, and shoulder pain, as well as eliminating facial fleas.

The therapeutic properties of camel meat include its ability to improve corneal opacity and strengthen eyesight.

Camel meat is beneficial for removing hemorrhoids due to its fat content. Camel hump is used to expel intestinal worms, while dried camel lungs are used to treat asthma.

Meat from camels contains glycogen, a carbohydrate that is quickly absorbed and metabolized in the body, where it is converted to glucose, which activates nerves and other cells.

It is possible to substitute camel meat for beef since it has less fat and cholesterol. 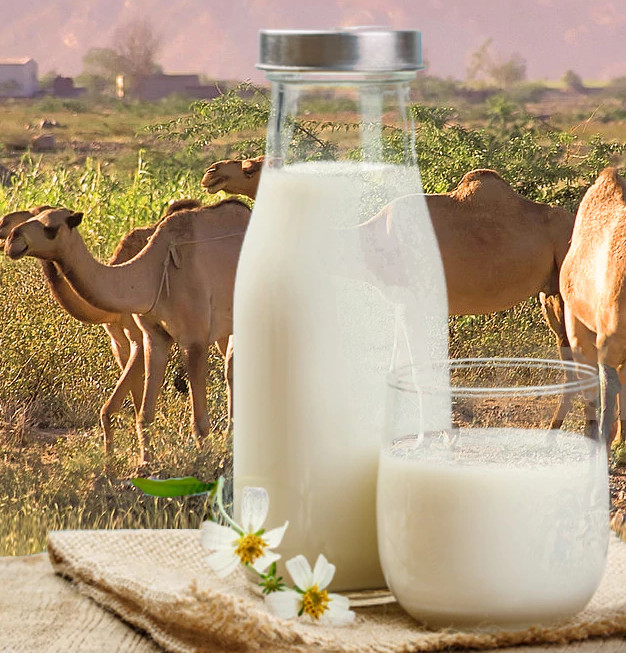 Camel milk contains fatty acids, enzymes, and protective proteins. Camels milk may have therapeutic effects such as antibacterial, antiviral, anti-diabetic, and anti-aging. The medicinal properties of camel milk may be attributed to its protective proteins, which may play a significant role in enhancing the immune system.

Camel milk contains vitamin C which has antioxidant properties. To produce collagen, a protein that promotes the growth of cells and blood vessels and strengthens the skin, vitamin C is needed.

Collagen can be found in the skin and joints. Vitamin C strengthens the skin’s structural support by increasing collagen production, increasing elasticity, and repairing skin.

Vitamin C is an antioxidant that prevents free radical damage that causes dry skin and wrinkles.

How to cook camel meat :

According to researchers at Sudan University of Science and Technology, the best way to cook camel meat is to cook it in an oven at 150 ° C for an hour and a half, which increases its tenderness. Furthermore, it improves its taste without altering its natural properties or chemical composition.

According to them, camel meat contains all the essential amino acids for growth and is therefore a good source of high-quality animal protein.

Camels are fattened all over their bodies, and the value of camel meat varies with age, sex, nutritional needs, and general health. A camel carcass weighs between 300 and 400 kilograms. Camels weigh between 250 and 300 kilograms.

Researchers said that the meat of young camels tasted delicious, while that of medium-sized camels tasted like coarse beef, and that of older camels was difficult to chew. 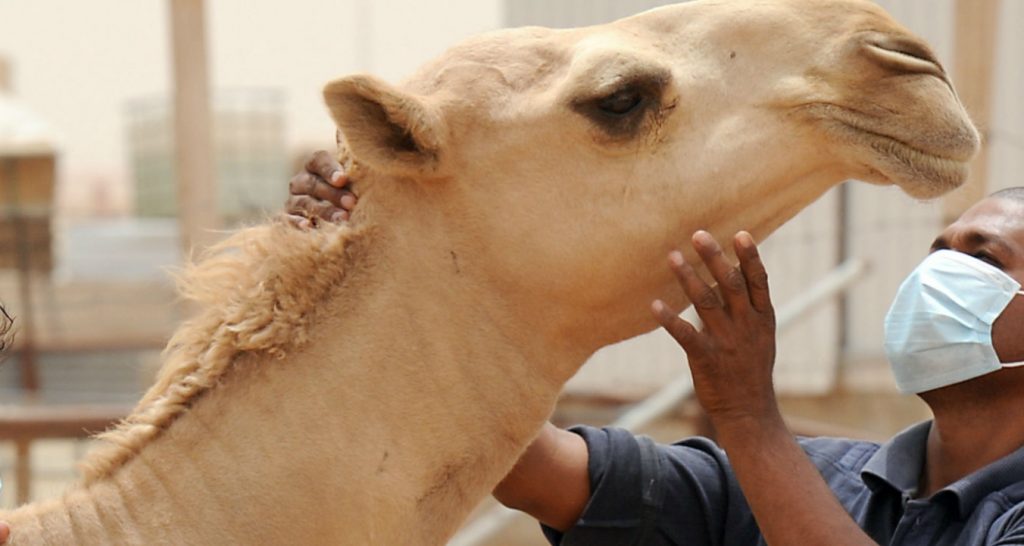 Men benefit from camel meat in the following ways :

According to the mensjournal website, camel meat is rich in iron and zinc, which contribute to healthy circulatory function.

Camel meat is so nutrient-dense that three ounces provide more than 10 percent of the recommended daily allowance for a number of nutrients, including protein, B6 and B12, selenium, phosphorus, niacin and riboflavin.

The USDA reports that camel meat contains 20 percent less fat than a decade ago, and 19 pieces of camel meat meet government guidelines for lean meat.

The muscle-building properties of camel meat are another reason why many men prefer it. Meat contains large amounts of protein, which contributes to muscle growth and definition. Consuming meat regularly and wisely is an excellent source of protein and helps you grow.

Camel meat has immune-boosting properties. Our bodies become more vulnerable to diseases and other deadly conditions as we age, which is why it is so important to strengthen the immune system. Disease must also be fought. Zinc stimulates the immune system by producing antibodies that fight free radicals.

Meat rich in protein increases the production of antibodies that protect our bodies. The immune system is essential for the growth, development, and function of the body.

Camel meat contains protein, which helps build muscle, and vitamin B12, which produces red blood cells. A 3-ounce meal, for example, provides about 45% of the daily value (DV) for protein and 35% of the DV for fat. Camel meat is also a good source of zinc, which helps the body produce testosterone and selenium, an antioxidant. 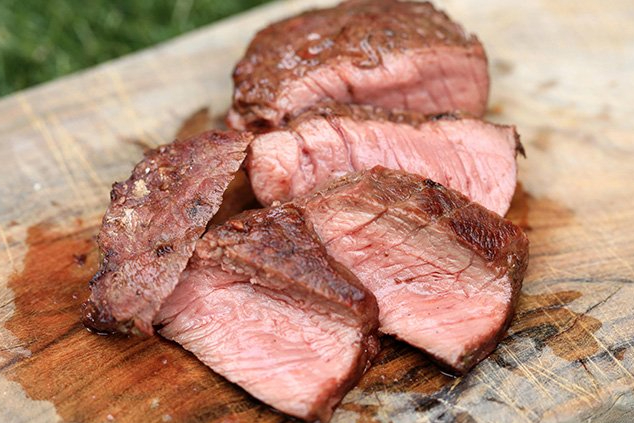 How Does Camel Meat Taste?

There are three factors that contribute to the taste of camel meat:

its genetic makeup, its environment, and its environment.
The amount and type of exercise it receives.
The method by which it is slaughtered and processed.

Almost all of the world’s camel meat is now harvested in Australia. During the colonization of the continent, British travelers brought over one-hump camels to provide hauling and labor in the arid climate.

The camels were released into the wild once their services were no longer needed.

Eventually, this would become a serious problem in the outback, but not right away. Having no natural predators in their environment, the wild camel population was able to reproduce at an incredible rate, resulting in giant herds of feral camels.Eventually, the Australian government agreed to slaughter hundreds of thousands of these feral camels.

Many of them were butchered using halal methods, either in Australia or after they were exported to the Middle East and East Africa.

There are now Australian entrepreneurs supplying a regular supply of camel meat around the world, just what camel meat needed to get back into the public eye.

How does camel meat taste? Bison and grass-fed beef are very similar. This meat is rich in flavor without much fat, and has also been compared to a softer venison meat.

Camel meat is so often prepared in accordance with halal dietary restrictions that it is given extra special care at every stage of the butchering process, which results in even better-tasting meat.

Complications and dangers of consuming too much red meat