Studies show that most families are very confident about punishing and treating their children, but raising a child is not easy. Most adolescents can not control their emotions, sometimes children are more than punishment and this It has had very negative consequences for children, which can lead to fear in them and problems in the future.

No one likes to be punished, but sometimes it is essential, and the suggestions of experts can help us make the right decision in different situations. 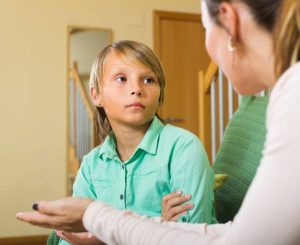 Nine ways to punish a child without hurting his confidence

If the child does not have bad intentions, he should not be punished

Most of the time, children do not want to be spoiled and want to discover new things in life. When a child is trying to learn, he may do things that have bad results, and in these moments, it is better to be patient and gently explain their mistakes to them.

When you punish children for what happened completely unintentionally, it causes children to grow up entirely irrationally. This leads to them not doing their job by force, and these children can decide. They are not responsible.

The proposal is entirely different from the command.

These conditions and activities are called stereotyped conditions. Most of the time, families use traditional methods to punish the child. Teenagers also think that because their families have learned this training, it is right to do so. There is a big difference between these two sentences: it is better not to play now or not to play now. The first sentence is a kind of sentence, but the second sentence is absolute. It is better to use this type of grammatical sentence only when you want to punish the child.

Sometimes a child has a stable and robust spirit that has no problem giving orders. But if your child is sensitive, it can hurt him. When he grows up, this sensitive child becomes weak against the demands of others and goes under the burden of everything because he is afraid of the consequences.

Punishment should not be emotional.

If the child does not follow what you say, sometimes the parents get angry, and the love for their child can not stop them, and this usually happens because the parents have high expectations of the child, and if these expectations are not met, the parents become angry. The child’s emotions are damaged, and if the child is easily penetrated, they may face problems in the future due to fear and emotional trauma. Psychologists believe that these children will be highly dependent on others.

Punishment in front of others is not right at all

Punishment in public can make children nervous and shy. Psychologists use common expressions such as “What do people think?” They use too much, and on the other hand, if you praise the children too much in front of others, you will create too much pride in them.

A child who is punished in front of others always feels ridiculed by others, and this feeling continues in him, and there is always fear in these teenagers’ lives, and they can never make their own decisions. 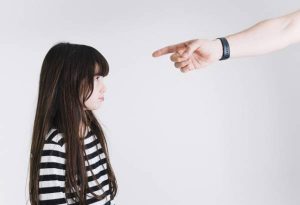 If you threatened to punish, you must punish

If you tell a child that you are punishing him, you should do so, and in fact, the threat of punishment in the child’s mind is very destructive and worse than the punishment itself.

By threatening and not acting, children get the idea that their parents are not trustworthy and do not behave. The values of this family are destroyed, and they can not distinguish between good and evil because there is no law for them in this case, and it has not played a role in their minds.

If the child changes his behavior after the threat, you can ignore the punishment, but you must state why not being punished and explaining the child’s misbehavior.

When you do not know who is to blame, punish everyone

If parents do not know which of their children is to blame, they should punish everyone, and in this case, if the child was with another person, such as a friend or neighbor, you should not punish the other.

If the child did something destructive to his sibling, you could punish them all together, and if you do not do it and punish only one person, that child will be disappointed, and the other children will feel false self-confidence. And this only happens when the family punishes only one child. 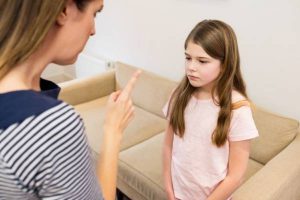 Children should be punished for mistakes now, not past mistakes

One of the most critical laws for disciplining a child is punishment, forgiveness, and forgetfulness.

A child who is constantly punished for past mistakes cannot become a strong human being.
If you have recently found out that your child has done something wrong, you should no longer punish them. Parents need to explain to their children why they did something wrong.

The punishment should be proportional to his age and mistake.

The punishment system should be perfectly balanced; for example, bad grades and breaking windows should not be the same punishment, and small mistakes should lead to minor penalties. Big mistakes, severe punishments, you should use these networks to Limit him, which can be a good punishment, but if he is not interested in using these devices at all, you should choose another way. A child who receives repeated penalties for various acts cannot understand the difference and the extent of his evil deeds.

Do not use immoral and insulting words.

This usually happens to overly emotional people, and many parents do not understand what phrases they are using, and psychologists recommend using neutral words.

Sensitive children naturally have difficulty with self-confidence. They remember what words their parents use, which is more important to girls, so they need to be more careful when dealing with their daughters.