A complete guide to installing any curtain

Installing a curtain is a difficult task for some people, which forces them to seek help from professionals in this field, but they can easily install curtains with some points.

One of the steps that should be done after buying a curtain is to install the curtain, which may seem simple but sometimes challenging and time-consuming. Some people prefer to ask someone else to help install the curtain. Installation of different types of curtains is done differently. 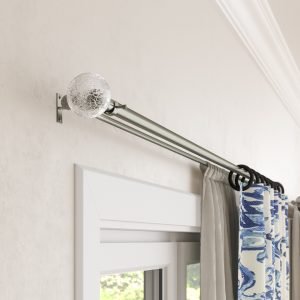 Measuring the length of the curtain rod (curtain rod):

Depending on the curtain. The rod can be installed in different ways.

After installing the bases, the curtain rod must be installed. Note that the curtain rod should not be too far from the door or window and should be level on both sides.

At this stage, the curtain with pulleys must be attached to the curtain rod. The curtain is moved inside the rail using a spool and thread. If the curtain consists of two rows, it is better to install the back curtain first, and after hanging it, place the cover of the rails on both sides to prevent the curtain from coming out of the rail. Whether the curtain opens or closes, tie one or both sides of the string to the lid and then fasten it. 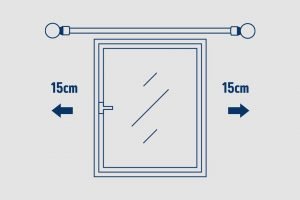 To install standard curtain rails, you must choose a location between the highest part of the window and the ceiling. For a longer view of the curtain, install the curtain rail close to the ceiling and use a hidden curtain rod.

How to install the grabber rail:

Installing a grabber rail is not much different from installing a regular curtain rail. Like the steps of installing a regular curtain rail, before any work, you must determine and mark the installation location by measuring the exact length and width of the curtain installation location. Choose the best place to install the grabber rail, depending on the curtain’s size and how far below the window it should hang.

In the gripper rail installation method, the curtain is hung from the curtain rod using a hook or ring. Install the clamps on both sides and in the specified location, and place the rails on the rail after inserting the curtain. 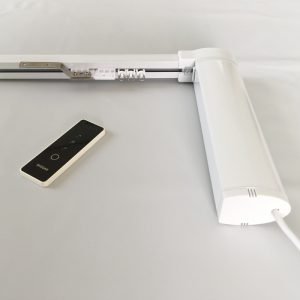 How to install automatic rails:

Automatic rails are another type of curtain rail that can be purchased from certain accessories and installed on ordinary rail curtain rods. The style and model of the curtain determine how to install the automatic rail. You have twice the curtain’s length plus five ordinary curtain rods, a particular weight, and curtain clamps. 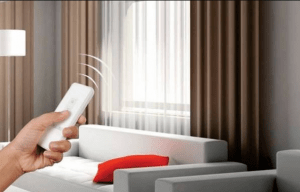 How to install automatic rails for curtains that can be folded from both sides:

You need to adjust the string so that your two overlapping numbers are exactly in between. Pull the string out of the hole and tie it close to one of the spools.

How to install automatic rails for curtains that can be folded from one side:

If the curtain model is such that the trunk opens on one side, all you have to do is screw the base of one pulley and two pulleys as before. There is no need for overlapping in this method, and all the clamps are placed inside the curtain rod.

For the curtain to have less crease, fewer clamps should be used. In addition to folding, the curtain moves less smoothly when opening and closing and takes up less space after folding. 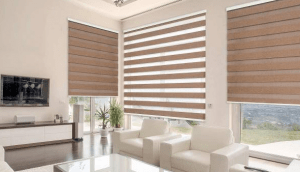 How to install Zebra blinds:

Before buying curtains, you must decide whether the curtains will be hung from the ceiling or installed on the wall. You will need a drill, a screwdriver, and a meter to install the zebra curtain. If the Zebra curtain is a ceiling, you need a ceiling stand that is usually included in the package when you buy the curtain. Using a meter, mark the exact installation location and the bases on the ceiling. For example, if the curtain’s width is 1.5 meters, first mark and drill a hole 10 to 15 cm from the measured place (end of the sides of the curtain inwards). Next, install the bases to the ceiling using a drill, roll plate, and page. Then place the curtain inside the ceiling base using the grooves on the back of the frame and push the front of the curtain upwards to secure the base.

How to install Zebra wall hangings:

In addition to the ceiling base, a wall base is placed inside the curtain package. The roof base is attached to the wall base, which is L-shaped. As in the previous method, the location of the screws must be marked before installing the bases and then installed on the wall using drills, roll plates, and screws. Then place the curtain inside the ceiling base using the grooves on the back of the frame and press the front of the curtain upwards to secure the inside of the base, and attach the curtain frame to the bases.

Storage Time Of All Kinds Of Food In The Refrigerator

The way to thoroughly cleanse home of negative energy

The best plant for air purifier at home and work

How to completely clean the house from air pollution

Get to know the dirtiest appliances and places in the house

26 The “use of salt” that surprises you

The correct way to seal the windows of the house

What causes yellowing leaves of plants? Why do plant leaves turn yellow?

Pears properties and health benefits of this delicious fruit

Complete examination of the properties of sweet potatoes

Properties of grape juice for health and treatment of…

Properties of apple seed oil for health and beauty

Properties and benefits of lentils for body and health

What is the difference between brown sugar and white sugar?

What are the side effects of consuming pistachios?

What foods should you avoid to improve your thyroid?

Everything you need to know about the properties of…

Properties of white pepper for health and beauty

Unique properties and benefits of soybean for skin, hair

properties and benefits of bananas for the treatment and…

properties and benefits of Plantains and how they differ…

Everything about disc rupture or herniation

The properties of pumpkin seeds and the nutritional value