The disadvantages of soft drinks: Soft drinks are not considered healthy drinks. When consumed in large quantities, soda can cause health problems, including the following:

Do soft drinks have any disadvantages?
Drinking soda can cause weight gain because it contains large amounts of simple fructose, which does not inhibit the production of ghrelin or promote feelings of fullness. According to a study published in Public Health Nutrition in 2018, consumption of soft drinks sweetened with sugar or artificial sweeteners increases waist circumference. 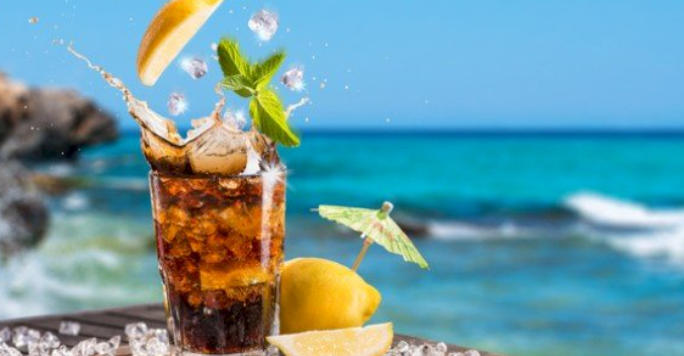 Heart disease may be increased by soft drinks. Because it contains sugar, which has long been associated with heart disease risk, and fructose, whose absorption from the gut has been linked to an increased risk of heart disease. Inflammation of the coronary arteries and coronary heart disease

Gout is more likely to occur

Because fructose sugar is the main cause of high levels of uric acid in the blood, fizzy drinks increase the risk of gout, which is characterized by inflammation and pain in the joints, especially the big toes.

The sugars and acids in soft drinks damage the teeth. Some acids lead to corrosion. In sugar-sweetened soft drinks or artificial sweeteners, acids such as phosphoric acid and carbonic acid create an acidic environment that contributes to tooth decay. This is the main cause of tooth decay.

The amount of caffeine in a product

In addition to headaches, upset stomachs, nervousness, sleep problems, and some behavioral problems, most soft drinks contain caffeine. Small amounts are enough to cause these changes in children.

Due to their high sugar content and very low nutrient content, soft drinks are highly recommended for adults to reduce their consumption as much as possible, as well as for children to completely avoid them. To choose the best energy drink, check the nutrition label on the soda package, as some energy drinks are high in sugar and caffeine.

As a result of the sugar fructose in soda, which contains the final compounds of the glycation process, soda consumption increases the risk of developing non-alcoholic fatty liver disease. Infection may be increased as a result.

Can sugar-free soft drinks be beneficial?

They contain the same ingredients as regular sodas, except that they contain sugar substitutes, most of which are not nutritious. For example, aspartame, acesulfame potassium, and sucralose may provide little or no energy to the body.

Meanwhile, sugar-free sodas do not have as many calories as regular sodas, so the body perceives the sweet taste and needs more calories to compensate, resulting in increased weight gain. These calories were lost from other foods eaten throughout the day.

Soda contains what ingredients?
In addition to sweeteners, carbon dioxide, flavors, coloring agents, acidifiers, chemical preservatives, and antioxidant foaming agents, soft drinks contain 90% water in regular drinks and 99% in sugar-free drinks. Some soft drinks also contain sugar substitutes, some of which may be harmful if consumed in large quantities.

You can stop drinking fizzy drinks by making a few simple changes. Among these changes, the following can be mentioned to maintain and improve health:

Make sure you drink enough water

Some soda cravings are mixed with thirst, so it’s best to drink a large glass of water when you want to drink soda and wait a few minutes, as it may help you get over the urge. Soft drinks are necessary to consume

Feeling hungry should be avoided

Eating regularly throughout the day with healthy snacks may help prevent feelings of hunger and thus reduce the desire to consume soft drinks, as well as preparing meals in advance.

In some cases, sugary soda alternatives can help reduce cravings. Alternatives include fruits. In addition to fruits and milk that contains small pieces of fruit, like apples, berries, pineapples, mangoes, and grapes, you should avoid replacing fruit juice with soft drinks, even though they contain nutrients. Due to its high sugar content.

Drinking soft drinks is difficult due to their caffeine content, which causes moderate addiction, and for this reason, it is recommended to choose soft drinks without caffeine and gradually reduce consumption. In addition to getting rid of caffeine addiction, it takes several weeks to get rid of soda cravings, especially those with caffeine.

Make sure you drink sugar-free beverages

There are many health problems associated with soft drinks. There are several negative effects associated with it, including weight gain, diabetes, heart disease, gout, and tooth decay, in addition to its relationship with certain liver diseases, metabolic syndrome, and low bone density in postmenopausal women. Therefore, the changes and tips mentioned earlier in the article should be used to avoid or reduce its consumption.