There are many reasons for a couple to fight, the most important of which are cultural differences and lack of communication and problem-solving skills. In all married life situations, we have the power to choose, and we must know how to behave in any situation.

Fighting and arguing with your spouse is one of these conditions. Sometimes it is not possible to react properly due to the involvement of emotions and intense anger.

What is the reason for a couple arguing?

Cultural differences are the main reason for marital differences because the definition of values ​​is different in every way. Differences and confusions between tradition and modernity cause differences in married life.

Lack of communication and problem-solving skills in cohabitation can be considered other reasons for the difference between them.

Trying to change each other’s behavior Another reason for quarrels between spouses and resistance to change, and having an unconscious defense shield leads to conflict. These are not the only reasons for a couple to fight, but they are the main reasons. 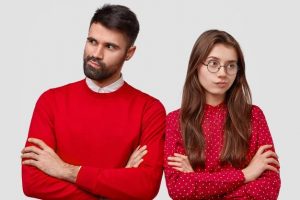 Putting aside conflict does not mean solving problems but an opportunity for the couple to calm down. During fights and arguments, couples are aroused, and their heart rate, respiration, pulse, and adrenaline increase; in this method, you should go to another room and sit quietly for 10-15 minutes.

This technique requires time and humor. At the height of the conflict, you raise your hand and shout “Stop,” When you see these signs, both parties stop going to separate rooms to rest and then solve their problem by reducing stress.

Once you have calmed down, go back and talk about it calmly, and if you do not feel comfortable, postpone the discussion.

Sometimes you can take a deep breath. When resting, it is best to put your hands on your abdomen, take a few breaths, and then deepen your breathing, slowing your heart rate and making you think better.

After listening to your spouse, talk calmly and respectfully about the concerns, needs, and things that have upset you:

The technique of having a hearing ear

Also, remember that someone who does not listen well can not establish an intimate relationship because it does not create the most important feeling of communication, that is, trust in the other party.

Please pay close attention to what your spouse is saying and show that you fully understand what he or she is asking.

Do not continue the discussion.

Do not argue too much; control your emotions and postpone the conversation because arguing when angry leads to more conflict and disagreement. It is better to learn anger management skills and how to communicate effectively. 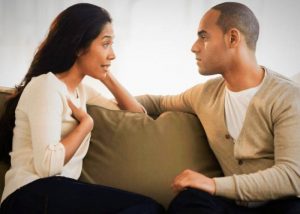 Look your spouse in the eye as he or she speaks, as eye contact draws more attention to the other person and encourages him or her to use body language.

When your spouse does not feel grateful and satisfied and becomes nervous, tired, and depressed, giving a bouquet, a greeting card, expressing love, and saying I love you can create a friendly relationship and attract love.

Do not talk to strangers about your problems.

Do not share the secrets of your life with strangers, especially the opposite sex. Telling the secrets of life to others can have a profound effect on your life. Today, many people start talking to strangers who do not know of him to relax in cyberspace, and by doing so, they can create new problems for them.

Because when you disagree with your spouse, your mental vulnerability increases, and you may easily be influenced by what others say and inadvertently get involved in extramarital affairs.

Act at the right time. For example, if a couple requests their working spouse, their response will most likely not be boring and pleasant.

Most people compare themselves to others when arguing. This self-esteem targets and destroys your spouse. Always try to act on your spouse’s unique abilities.

Fighting in the presence of others is forbidden.

Try to talk about serious issues in private; even if you are angry about something, you should not make your conflict public. Because the memory you create in the minds of others, even though you have forgotten yourself, will never disappear. 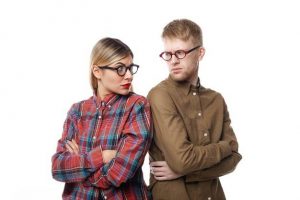 Give each other enough time in marital conflict.

Some problems take longer to resolve and are not expected to resolve very quickly. Solve a problem that may take seconds or minutes.

Repeat the phrase over and over again that time can dispel the most intense anger. Using counselors and psychologists is a good way. Sometimes it takes three months to solve marriage problems.

Sometimes, with a lack or lack of communication between a couple, the relationship between the couple cools down. One of the most important factors in strengthening a couple’s relationship is daily needs, experiences, and events. Show interest when your spouse talks about his or her daily issues.

An argument ends with two things: admitting a mistake that makes your spouse angry and expressing sympathy for your spouse. Although this method is a bit difficult, its success rate is high.

Be careful what words you use.

When arguing, do not use specific words for the right deal, such as words never, always, never, etc., and words that negatively target the whole of life.

Sentences like you have never been my friend; I am never satisfied with my relationship. You always do the worst things for me. I don’t think you respect my family. These are destructive sentences that greatly enhance the quality of a generous relationship.

A technique to induce a sense of security

As much as we know our spouse, we may not be aware of his or her thoughts. We should never tell ourselves that we know everything about our spouse’s needs because asking about his or her needs can create a sense of security and respect. 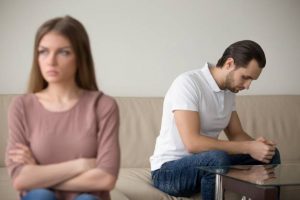 Sometimes, due to differences of taste, couples say harsh words in the presence of children and relatives. To avoid commenting on others, they need to be aware of each other’s opinions.

It is important to maintain the spouse’s respect and privacy and express positive feelings to the spouse in the presence of others. This can solve marital problems and strengthen the relationship between couples and make them more attractive.

Writing a letter after an argument and relaxing at home is a very useful way. When our spouse reads the letter, because of our absence, he puts himself in our place and will have more opportunity to think and solve the problem.

The best time to reconcile after a marital conflict

The right time for reconciliation should be considered after the dispute. Couples must first allow their emotions to subside. Because at the height of the excitement, the connection between the upper cortex of the brain (the cortex) and the middle part of the brain (primary brain) is severed, and the person engages in thoughtless behaviors.

Reconciliation should not be considered at this time. Rather, give each other ample opportunity to calm down and, after the emotions have subsided, take action to resolve the issue and reconcile, taking into account the other party’s positions.