If eaten in moderation, potatoes are a nutritious addition to the diet, and you should also choose a healthy way to prepare them, such as grilling, boiling, or steaming. It is well known that fried foods, such as French fries and chips, are high in calories and trans fats, which increase the risk of heart disease, type 2 diabetes, and obesity. 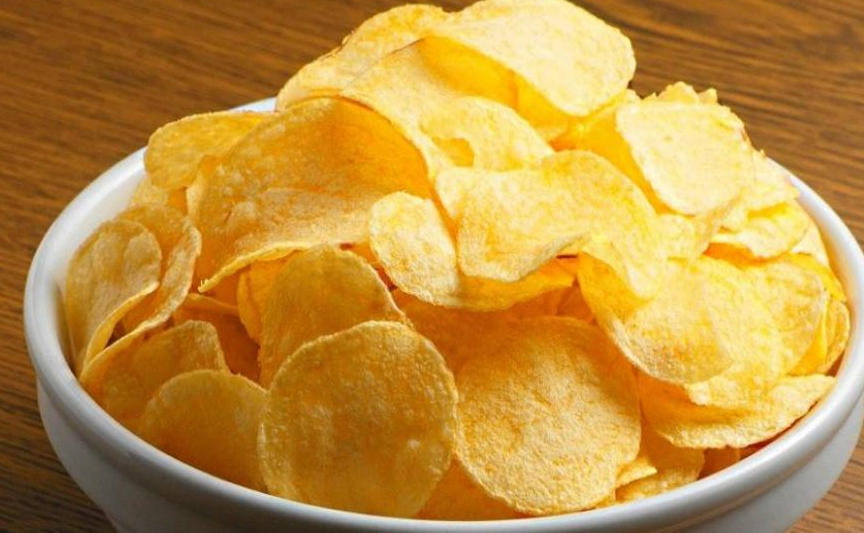 Alternatives to chips that are healthy:

Here are some ideas for healthier alternatives to chips that can be made at home:

The best method for replacing chips with homemade chips is to cut them and add extra virgin olive oil, some spices and herbs, including rosemary, and then bake them.

Fast foods, for example, contain highly processed ingredients. Additionally, these foods are low in vitamins, minerals, and antioxidants, as well as high in empty calories. A number of processed foods contain flour, sodium, and refined sugar in large quantities, such as chips, biscuits, cakes, and sweetened cereals.

There are many health-promoting nutrients in potatoes, such as potassium, vitamin C, folate, and vitamin B6, as well as health-promoting plant compounds such as lutein, which benefits eye health, and catechin, an antioxidant.

In addition to previous damages; Eating hot chips may lead to many health problems, as the Food and Drug Administration has received complaints over the past fifteen years from children and adults who needed medical intervention to treat stomach pain, nausea, and vomiting after eating hot chips. It is important to note that children do not naturally crave chips, fried potatoes, and other unhealthy foods, but this develops over time and as a result of their significant consumption, so parents should teach their children healthy eating habits. Instead, get used to unhealthy foods.

Acrylamide may be present. The researchers found that cooking potatoes at temperatures above 120 degrees Celsius produces acrylamide, which is found in plastics, resins, paints, and cigarettes, and has negative effects on genetics and reproduction.

There is a possibility that eating fried chips may cause weight gain due to their high calorie and fat content, according to a 2011 study published in the New England Journal of Medicine. One of the most weight-gaining foods was processed chips.