Rosemary tea : Rosemary is an evergreen plant native to Mediterranean countries, and this plant is usually used as a spice in many traditional dishes of different countries, and it has been used as a spice for hundreds, if not thousands of years. In addition to its medicinal properties and use in treating some diseases, some of the benefits of this plant are due to its spicy flavor and wonderful taste. 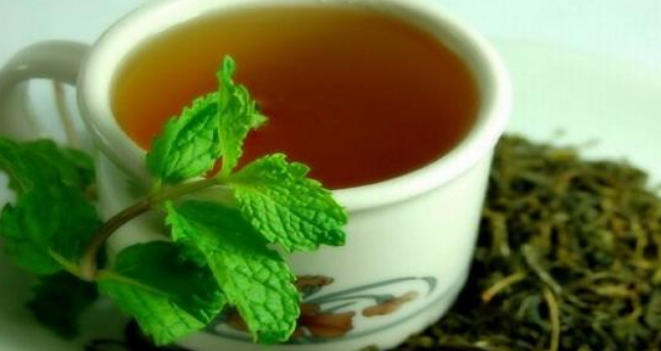 Tea made from rosemary has several properties

Rosemary is known to support and stimulate the blood circulation to the brain, which provides nutrients and oxygen to the brain and helps prevent some diseases that affect the brain and affect memory, such as Alzheimer’s. Carnosic acid is a powerful antioxidant that protects nerves and brain cells from free radical damage.

As cancer is defined as an abnormal growth of cells, it may be caused by a number of factors, including free radicals. Since rosemary contains antioxidants, it naturally prevents cancer.

The nutritional value of rosemary tea

It has anti-inflammatory and antimicrobial properties
There are polyphenolic compounds in rosemary, including rosmarinic acid and carnosic acid. It was used to preserve foods whose quality was easily lost or spoiled. Furthermore, these compounds have shown to slow down the growth of cancer cells in breast, prostate, and leukemia cells. Rosemary’s antimicrobial properties also help fight infections and speed up wound healing.

Enhancing brain health
The compounds in rosemary may prevent brain cell death in animal studies and laboratory experiments.
Studies conducted on animals have shown that rosemary can improve brain damage caused by strokes. As well as protecting against neurodegenerative diseases, rosemary prevents the negative effects of brain aging.

Weight loss assistance
Inhibiting lipase, an enzyme responsible for breaking down fat, is one of the phytochemical properties of rosemary tea. The feeling of fullness and satiety is thus formed in humans, preventing overeating.

Support for the digestive system
Several compounds in rosemary tea aid in the growth of beneficial intestinal bacteria, which support the health of this part of the body and aid in the digestion and absorption of nutrients.

Rosemary tea has the following properties for the skin:
Rosemary tea contains soothing and healing ingredients that improve skin health. It reduces inflammation caused by acne or lesions and also removes acne scars. Rosemary tea can also moisturize the skin. A hydrated skin will be brighter and clearer. As a result, your skin absorbs the nutrients in the tea and quickly rejuvenates damaged and dry cells.

Prevents alcohol poisoning:
As a natural detoxifier, rosemary tea can be beneficial. Excess salt, toxins, chemicals, and fat can be effectively removed from the body with this tea. Because it is both natural and does not harm the body, nutritionists prefer this herbal tea over detoxifiers. Try adding it to your daily drinks.

Freshen your breath with:
If you notice the refreshing and fragrant properties of rosemary tea, you will definitely stop buying mouth fresheners. Bad breath is mainly caused by bacteria in the mouth, but rosemary tea’s properties can help eliminate it.

Inflammation treatment:
Nutritionists recommend rosemary tea for treating muscle and joint inflammation. It has powerful anti-inflammatory properties that are effective in this field. You can also consult your doctor about chronic inflammation and treatment. The healing process is also sped up by rosemary tea.

The properties of rosemary tea for the liver include:
It is a sensitive organ of the body, but it plays an essential role in protecting the body from harmful agents. If your liver is healthy, you will be able to fight external and internal elements as well as oxidative stress that is often caused by free radicals. In order to maintain proper liver function, you should consume foods like rosemary.

Mental health is also improved by rosemary tea, which contains substances that help. Drinking tea regularly will relax you and put you in a calm state. Enjoy a warm cup of rosemary tea after a long and stressful day.

Use of rosemary tea: precautions

If you suffer from chronic disease, you should not use this plant without consulting a doctor.

The properties of rosemary irritate the uterus, so you should avoid eating and using it during pregnancy.

In large amounts, this herb can cause vomiting, seizures, coma, and fluid accumulation in the lungs.

The use of this herb may interact with some medications, such as diuretics, some types of ACE inhibitors, diuretics, and lithium, so you should consult your doctor before using it.

When washed off with tea while bathing, it gives the desired luster and shine to the hair, increases its freshness and vitality, and protects it from damage and discoloration.

A tablespoon of salt mixed with a cup of tea is applied to the hair, the scalp is massaged well, combed, and washed with warm water after an hour and a half. One method is to boil two cups of water, add a large teaspoon of black pepper, a large spoon of rosemary, and a large spoon of sage, and let it sit for twelve hours before using it after cleaning your hair. By applying water and shampoo, white hairs will disappear naturally.

Because it strengthens the hair itself and prevents it from breaking and getting damaged, it prevents hair loss.

On the scalp, it reduces dandruff and prevents bacteria, germs, and harmful organisms from growing.

Because of the presence of effective elements that protect the hair and scalp from unpleasant odors, it prevents and limits hair odors.

Making rosemary tea with these ingredients

Eight to ten ounces of purified water or mineral water;

Sweetener for tea, such as honey or sugar (optional).

The best way to prepare rosemary tea
1. The first step is to boil water. Boil some water in a kettle, tea maker, or samovar. The gas stove should be heated between 200 and 212 degrees Fahrenheit if you are using a kettle.

2. Fill the flat part of the tea cup with rosemary leaves. Add boiling water next.

3. Infuse the rosemary for 5 to 6 minutes. Remove the strainer and discard the tea leaves after your tea has brewed.

4. You can sweeten your tea with honey or sugar if you wish.