Piperine in pepper inhibits the effects of some factors that increase diarrhea risk in a 2015 laboratory study published in the Journal of Pharmacological Research. Due to their antisecretory properties, potassium side channels of cyclic adenosine monophosphate molecules reduce diarrhea caused by excessive intestinal chloride secretion. 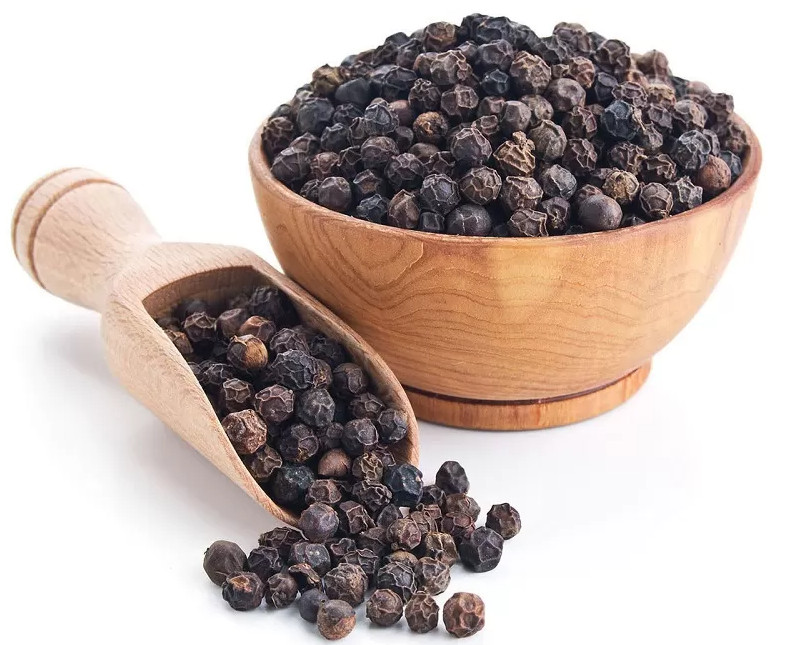 According to a study published in 2009 in the Journal of Arthritis Research & Therapy, piperine has properties that reduce inflammation and pain as well as joint inflammation. To determine how it can be used most effectively to reduce inflammation, more studies are needed.

Researchers found that piperine has properties that reduce depression and is used as a functional food to support brain function in a 2008 study published in the Journal of Food and Chemical Toxicology. In order to uncover the mechanism behind these results, more research is needed.

A preliminary animal study published in 2014 in the Asian Pacific Journal of Tropical Medicine suggests piperine may be used to relieve pain naturally; however, more human studies are needed to confirm these findings. Moreover, some people use black pepper to reduce nerve pain and menstrual pain, but not enough studies have been conducted to support its effectiveness.

A preliminary study in mice published in the journal Chemico-Biological Interactions in 2014 showed that piperine reduced insulin sensitivity as well as fat cell formation. Weight loss occurs as a result of it.

Reduces the risk of upper respiratory disorders: Black pepper fruits are commonly used to treat allergic rhinitis, cough, bronchitis, and sinusitis. A study published in Pharmaceutical Biology in 2015 has shown that piperine has anti-inflammatory properties and improves immunity.

The possibility of piperine reducing the risk of breast cancer was demonstrated in a laboratory study published in Food Chemistry in 2013, and in another one published by Natural Product Communications in 2010. In addition to reducing inflammation and oxidation, black pepper also reduces cancer risks.

Here are some other benefits of black pepper for the body, which still need to be researched:

A number of studies have been conducted on black pepper’s benefits, some of which are listed below:

Piperine appears to lower lipid levels without affecting appetite in a preliminary study published in the Indian Journal of Pharmacology in 2011, but further research is needed to determine the mechanism.

A study published in Molecular Nutrition & Food Research in 2000 found that taking piperine along with other spices improved digestion and boosted pancreatic enzymes.

The results of an early study conducted on rats, published in Acta Pharmacologica Sinica in 2000, showed that piperine reduces the risk of stomach ulcers and stomach acidity.

Black pepper oil has the following benefits:
Several studies have shown the benefits of black pepper oil, the most prominent of which are:

According to a study published in the Journal of Essential Herbs in 2014, black pepper oil has acute anti-inflammatory properties as well as antioxidant and pain-relieving properties. 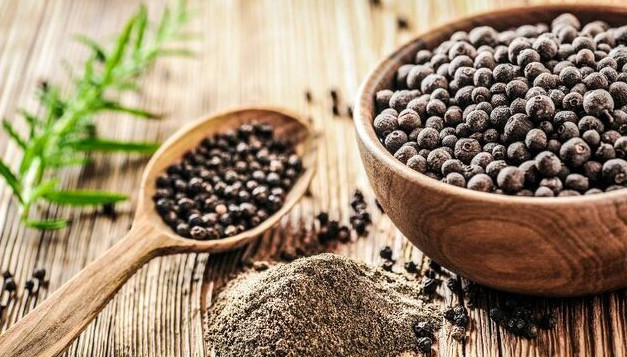 Black and white pepper have the following nutritional value:

The table below shows the nutrients in a 2.3 gram teaspoon of ground black pepper and ground white pepper:

Black pepper and white pepper have the following disadvantages:
Despite black pepper’s many benefits, there are some things to keep in mind when using it, and we will discuss them in detail below:

Adults: Although white pepper is probably safe in medicinal amounts, there is no information on the safety of black pepper in dietary amounts. A high amount of black pepper can aggravate allergies in some people, besides its burning taste, which can cause stomach troubles, and its entry into the eyes may cause irritation. On the other hand, white pepper can cause a reaction in some cases. In addition to causing allergic reactions in some patients, piperine can also cause headaches, coughs, nausea, rapid heartbeats, and sneezing.

The consumption of large amounts of black and white pepper in food while breastfeeding is generally considered safe, but it is not known whether it is safe to consume it in medicinal amounts.

In small quantities, black and white pepper consumption by children is generally considered safe, but large amounts may be unsafe.

Black and white pepper have the following disadvantages:

Black and white pepper should be used with caution in the following situations:

Due to piperine, which slows blood clotting, consuming black and white pepper in large amounts may increase the risk of bleeding in people with bleeding disorders.

Black and white pepper should not be consumed in larger amounts than those found in food by diabetics. Taking it may affect blood sugar levels, making it more difficult to control them, and may require a doctor’s consultation due to the possibility of changing diabetes medications’ dosages.

What are the benefits of white pepper postpartum?

It is customary to give women hot foods during the postpartum period, such as white pepper, and avoid cold foods, but there is no scientific evidence to support this practice. Despite the fact that white pepper is typically safe to eat while breastfeeding, when consumed orally in amounts found in food, there is not enough information on the safety of consuming large amounts during this time.

Here is an overview of black pepper:

Spherical, brownish-black, and with a coarse mesh surface, these single-seeded fruits have white, black, and green pepper seeds inside, which are widely used as a spice. Black pepper contains a chemical called piperine. It has been shown to have both beneficial and harmful effects on the body.

Black pepper and white pepper differ in the following ways:

The method of preparation determines the type of pepper that is produced from the same plant. In contrast to black pepper, white pepper is made by soaking the berries in water for about a week, which leads to their decomposition and survival of the seeds. Usually, ripe fruits are used. Since the skin is easily removed, the rest of the fruit is dried, and interestingly, the endosperm inside the fruit contains more piperine than black pepper. White pepper, however, costs twice as much as black pepper, and green pepper is produced by drying unripe fruits in such a way as to preserve its green color, and it is usually preserved by pickling.