Have you ever seen or read the phrase “How do you feel” in some movies or stories when the protagonist meets with his psychotherapist? This seemingly simple and clichéd sentence represents one of the oldest and most fascinating schools of psychology dating back to the late nineteenth century. Psychodynamics or psychoanalysis is one of the treatment methods that still has fans, although less used than new methods. In this note, we talk about psychodynamics, its history, applications, and tools. 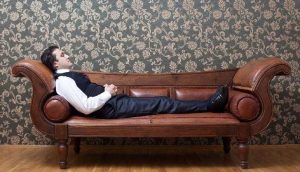 What is psychodynamics, and how is it different from other methods of psychotherapy?

Psychologists who work in this way help their clients identify and understand the patterns of their thoughts, feelings, and beliefs. Because psychodynamics believes in the effect of childhood experiences on adult mental development, these patterns are often examined and interpreted at that time. In psychodynamic sessions, the psychotherapist encourages the client to express (consciously) whatever is on the mind. At the same time, he seeks the following subconscious patterns through the discourse of the authorities.

Motion scanning sessions are often held with a warm and open ending in which customers advance the process and content of the session. The authorities are free to discuss what is on their minds. These meetings are usually held once a week for one hour. Of course, Freud’s method takes more time in the psychological approach. Today, psychodynamic sessions are less intense than Freud’s.

What are the goals of psychoanalytic treatment?

The goals of this treatment can be divided into two categories:

Identify the relationship between the client’s thoughts, feelings, beliefs, and past experiences, especially childhood experiences.

The psychotherapist achieves these two goals by guiding clients to examine conflicts, internal conflicts, and important past events. 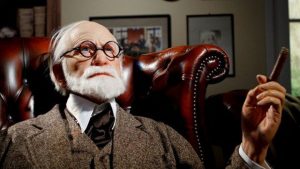 To understand psychodynamics accurately, we need to look at its roots and ascending history. Although the theory of psychodynamics has undergone various changes in the last century, it is still based on theories that emerged at the beginning of the formation of modern psychology.

In the late nineteenth century, Sigmund Freud, the father of psychology, worked on innovative human mind and development theories. His work eventually began the path that led to modern psychology. Although many of his theories were rejected in later years and decades, what he proposed was the basis of psychodynamic theory, which is still used today in a modified form. In the following, we will analyze his theory.

What effect did Freud have on the theory of psychodynamics?

Freud says that the human mind is made up of three parts:

You, which contains the instincts and principles of the subconscious part of the mind

The soul, which is the mediator between our instincts and morals

Freud believed that these three parts were formed in different years of childhood. He said that humans are born with Eid, then the soul is formed at a young age, and finally, the cosmos cloud is found around the age of five. Each of these parts is formed in all human beings; however, the living environment and parental behavior play an important role in how these three components grow. Accordingly, a person’s childhood experiences play an important.

Whether this influence leads to the formation of positive or negative patterns, Freud believed that what directs human behavior is rooted in the depths of their minds and in what they call the subconscious. Freud divided the mind into three layers:

This is where instincts, deep-rooted beliefs, and many of our thought and behavior patterns lie. Humans do not have access to this part of their mind, but Freud said that the content of this part plays a major role in what we are, what we do, and what we want.

This layer is between the unconscious and the conscious. Access to this section is possible with the efforts of people, and it can be entered consciously.

This is the part that is quite clear to us. Freud said that this part has the least role in shaping our character and is just a shiny and beautiful shell covering the other layers.

According to this classification, Freud believed that to solve psychological problems fundamentally, we must go to the subconscious and discover it because, according to his theory, the local subconscious is the unspoken values ​​of beliefs of which we are even unaware. The hidden patterns that shape our behavior are hidden.

Although the theory of psychodynamics collapsed or was supplemented in the following decades by simplistic theories and propositions, the propositions of this theory are still reminiscent of Freud’s statements and actions. For example:

Differences between Freudian psychoanalysis and psychodynamics:

Although Freudian psychoanalysis and psychodynamics both have similar roots, they also have important differences:

The timing of these two methods is one of their differences so that Freudian psychoanalysis continues every week in the form of 2 to 5 sessions for a year. At the same time, psychodynamics occurs in a shorter time.

How customers treat psychotherapists is one of the most important differences. In Freudian psychoanalysis, the therapist acts as a powerful observer who does not share his knowledge with clients. In this way, clients are completely dependent on their therapist to diagnose their problems. In a way, it can be said that the relationship between the therapist and clients from top to bottom is unequal. However, in modern methods of psychodynamics, the client and the therapist have an equal relationship with each other, and the therapist interacts more with the client.

In the following, we will discuss this second difference more.

The role of psychotherapists in psychodynamics:

One of the most important ways to facilitate this process is to review past resources. Talking about childhood experiences is an important part of conversations in psychodynamics. By actively listening to clients, the therapist touches on the turning points of their experiences and shares their insights with them.

In sum, the psychotherapist helps clients identify the bright spots of their personality and use their inner abilities to solve their problems. 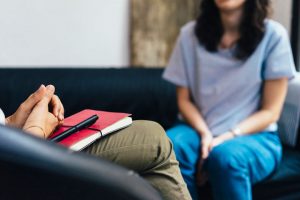 Each of the different methods of psychodynamics uses a comprehensive framework to advance its method, but each has different differences in the implementation of techniques and methods. In the following, we will introduce each of them:

What distinguishes this type from other types lies in this short term. This type of psychoanalysis is held in small sessions and sometimes even one session. Sometimes a person encounters a problem that does not require much research and can be overcome with a little guidance. For example, if the client suffers from acute anxiety for no reason, identifying the event or situation that led to the anxiety and providing solutions to deal with it can be done in one session.

However, it should be noted that short-term psychoanalysis should not be applied to every client in the first place. This means that we should not expect this issue to be raised in one meeting, but it can be hoped that some customers will solve their problem with only a small number or even one meeting.

Short-term psychodynamics has been used to date in subjects such as rape, car accidents, terrorist incidents, acute mental disorders such as anxiety and depression, and traumatic family events.

This psychoanalytic approach is usually long-term and focuses on unresolved conflicts and conflicts between family members. The psychotherapist tries to understand the roots of problems and conflicts by listening to the experiences and milestones of family relationships and help members work together to solve problems.

The therapist asks members to articulate and resolve their unresolved issues with their parents to understand better the conflicts they have between themselves as husband and wife or parent and child.

One of the non-traditional methods of psychodynamics is to use the capacity of art and music to describe and express emotions.

As with other psychodynamic methods, there is no structure or roadmap. The client is free to go through the treatment process voluntarily. In this way, the person does not need artistic skills and can use artistic tools to express emotions.

In this way, the client can bring a painting or music album to the meeting that expresses their deep feelings about a subject. He may also act alone and express his feelings in the form of a sketch or piece shown. Note that what the customer does will not be a good work of art but merely a tool to describe inside.

Clients and therapists may use this method to build a better relationship, which is better for them than talking. Therefore, this method helps those who are shy or have difficulty expressing their feelings in words.

Tools and techniques used in psychodynamics:

Psychoanalysis uses fewer techniques and tools than other therapies. In fact, in psychodynamics, the treatment process is pursued with freedom of action and outside the framework of cognitive-behavioral methods. However, psychoanalysis has its tools and techniques, which are listed below:

Like the DSM guide, scanning psychotherapists have a guide known as the PDM. They published this guide in 2006 to supplement what they call the Guide to Mental Disorders. 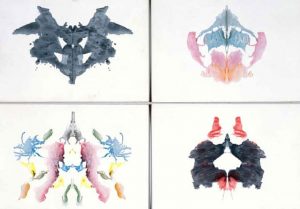 These strange and famous places are some of the special tools of psychodynamics that are misunderstood in popular culture. Therapists use these tips as a complementary tool to identify clients’ feelings and thoughts. These spots are also useful in diagnosing diseases such as schizophrenia and bipolar disorder. However, psychologists have much debate about the effectiveness and interpretation of the test performed with these tips.

Although not very popular today (most psychologists consider it unreliable), this technique is still used. The Freudian sliding technique stems from the view that no action by man is accidental. Therefore, when an unconscious person mispronounces a word or uses inappropriate words, the psychotherapist should pay attention to it and consider it as a clue to the subconscious part of the client’s mind.

This technique is one of the most widely used methods of psychodynamics, as you have probably seen in the movies. The psychotherapist reads a few words and asks the client to say the first thing that comes to mind. Using this method in some hidden aspects of a person’s mind can be discovered.

Using this technique is important and useful because the therapist reads different types of irregular words and increases their chances and those of the client to reach the depths of the subconscious mind.

From the perspective of psychodynamic theory, sleep is a window into the subconscious because it is the part of our mind activated during sleep. Therefore, interpreting customers ‘dreams can help to understand customers’ subconscious better. However, the effectiveness of this technique does not have the necessary scientific validity. There is no scientific method for analyzing and interpreting dreams. Therefore, the choice of this method in the treatment process depends on the opinion of the client and the therapist.

Psychodynamics is the first and oldest school of psychology. The way that paved the way for the evolution of psychology and the creation of newer methods; although psychodynamics does not have its former place in the scientific community today, it is still pursued as one of the psychotherapy methods in some centers or by some psychotherapists.