It becomes more difficult to put the child to sleep the longer he sleeps, so families should try to put their child to sleep earlier. How does sleeping at 21 o’clock at the beginning of the night benefit you?

Having a healthier child
Emotionally, mentally, and physically, children who sleep early at night are healthier. Sleeping earlier at night correlates with better movement, language, and social behavior in 18-month-olds. Children who don’t get enough sleep at night have problems the next day because their mental ability decreases. 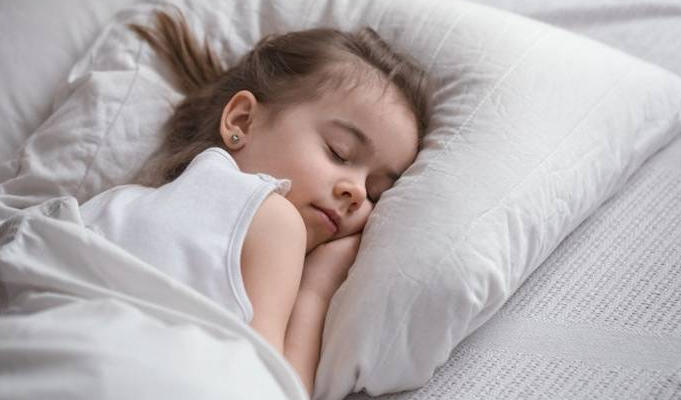 In addition, children between the ages of 7 and 11 have a negative effect on their school performance when they sleep at night. Lack of sleep at this age usually results in a drop in grades.

Late-night bedtimes are also associated with poorer dietary habits in children. They are fatter and one and a half times more likely to be obese and lazy than those who sleep earlier.

Sleeping less at night
Babies who go to bed early at night, usually sleep earlier at night and their sleep happens faster, and they don’t wake up in the middle of the night’s sleep, which makes them more refreshed the next morning, but children who sleep late at night will be too tired. The level of adrenaline in them increases when they are fatigued, causing a bad feeling and fatigue in the morning.

A better growth rate
It has been found that children who go to bed early and sleep correctly and on time grow faster than other children because the growth hormones in the child’s body are at their highest levels at 10:00 PM, 12:00 PM, and 2:00 AM. This is the time when the child should be in REM sleep for better development.

Sleep resistance is reduced
Late bedtimes lead to children’s resistance to sleep and negative behavior. Children who sleep early are not as prone to these problems as those who sleep poorly at night.

During the day, productivity and efficiency are high
A child who goes to bed before 9 pm performs better during the day because adequate and timely sleep increases their concentration and productivity. The symptoms of ADHD (attention-deficit-hyperactivity disorder) in children, including inattention and impulsive behavior, are almost identical to those of sleep deprivation.

Time spent before sleep is of high quality
As a result of being refreshed during the day, children who go to bed early have plenty of time to do their favorite activities. By having everything in its place, their time becomes quality and they can use this high quality for a better life.

Sleeping at a predictable time
It is possible to predict your child’s sleeping time if you make him used to sleeping earlier at night, so your life and his will become more orderly and everything will be alright.

sleep faster
The child’s body has an accurate and regular biological clock, so he can sleep faster and more easily when he goes to bed early and has a regular bedtime. Children who sleep before 9 pm have 78 more minutes of sleep than those who don’t.

Baby sleep is more important
Sleeping earlier and waking up later are benefits of going to bed earlier. As a result, his body needs adequate rest and sleep.

What is the best way to put our baby to sleep at 9 pm?
The blue light emitted by electronic devices such as mobile phones and tablets makes it difficult for the child to fall asleep two hours before sleep. Your child’s body releases melatonin (a hormone that regulates sleep and wake cycles) if you remove electronic devices before going to sleep.

Set an example for your child and don’t force him to watch TV or talk on the phone in the bedroom if you want him to sleep early. If you want to make the child fall asleep earlier, go to his bedroom with him and read his favorite book to him or pretend that you are asleep yourself.