Red meat or ostrich meat? Although eating red meat is considered unhealthy, many people enjoy red meat to satisfy their taste buds. We have good news for those who like red meat and do not want to avoid it. 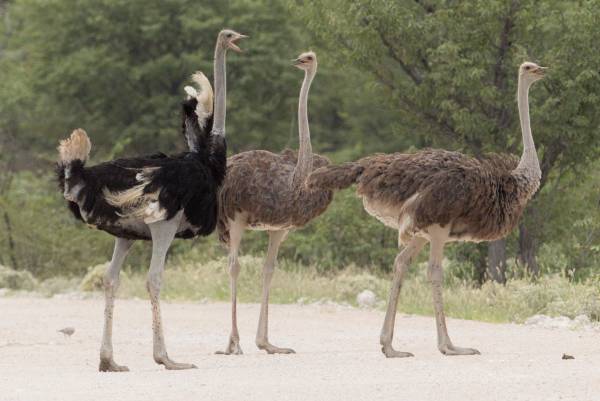 What is the relationship between ostriches and healthy food?

The answer is simple – ostrich meat is one of the healthiest meats.

In terms of calories, ostrich meat has fewer calories than chicken, turkey, lamb, and beef. This meat is rich in protein and has more iron than beef, lamb, turkey, and chicken.

This meat is mainly found in birds’ legs and thighs because, in these birds, body fat is deposited outside the muscles and not inside the heart.

The popularity of this meat may also be due to its sweet and robust taste. You can buy it as a hamburger, sausage, fillet. This meat can also be used as a substitute for other meats in your favorite recipes.

It should be noted that ostrich meat is cooked sooner because it has a meager amount of fat.

Health and nutritionists recommend this meat to their customers and ask them not to eat other red meat types that may lead to atherosclerosis.

Ostrich is a healthy alternative to red meat and is considered by many to be tastier and more interesting than chicken.

One slice of ostrich contains 22 grams of protein, about half of the protein needed daily. One ostrich meat serving provides 84% ​​of vitamin B12, 51% of selenium, and about a quarter of niacin, vitamin B6, phosphorus, and zinc daily. 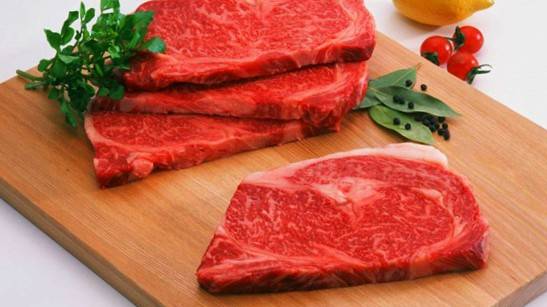 One hundred grams of raw ostrich meat has approximately 20.22 grams of protein and 71 grams of water. It has 165 kcal.

Although generally considered red meat, Ostrich meat certainly has no more nutritional aspect than red meat. This meat has very few calories and allows it to be included in any diet, and this is good news for those who want to lose weight by eating red meat.

Ostriches also provide a lot of protein that allows your body to build better muscle. When your body has more power, it can burn more calories during the day (even at rest).

Protein is an essential nutrient that helps you do strenuous exercise, and even some quick repairs to damaged muscles are helpful. This meat contains 90% of your daily need for iron, and if you are iron deficient, you may be tired and have other symptoms of anemia.

While ostrich meat is sugar-free, red meat is not recommended for people with high blood sugar. Overeating red meat is not suitable for the heart, especially for people with diabetes. However, doctors say that eating ostrich meat is quite good, even if you have diabetes. Ostrich’s calcium index is zero and is not expected to raise your glucose levels.

rich in vitamin B12

People can only get the vitamin B12 they need from this meat. It is a vitamin that is often overlooked, but it has tremendous benefits that you need.

Vitamin B12 reduces the risk of neurological diseases such as Alzheimer’s and prevents other aging signs such as memory loss and muscle function.

You reduce your risk of various diseases by taking vitamin B12, including lung and colon cancer.

Other benefits include infection prevention, treatment of anemia, increased thyroid function, and fertility.

If you are not a vegetarian but still care about the environment, you should focus more on eating ostrich meat in your diet. Research has shown that raising ostriches is much easier than raising cows.

Ostrich breeding also produces much fewer greenhouse gases and has almost no methane. For these reasons, ostrich breeding is becoming more common among vigilant farmers who do not want to emit harmful gases.

Despite all these benefits and the fact that ostriches are better for your health than red meat, why do more people eat them?

Also, studies have shown that ostriches are less likely to transmit the disease than beef, which people eat almost daily.

It has also been shown that ostrich meat production is better and more environmentally friendly than other meats. The biggest drawback so far seems to be the price, which can be a little lower than other meats.

Properties and benefits of ostrich meat from the perspective of traditional medicine:

This meat is hot and dry. Eating it prevents joint pain such as sciatica, back and leg pain caused by colds.

Ostrich meat eliminates winds in the digestive tract and other parts of the body.

Consumption of ostrich oil increases children’s speech speed, and rubbing it on the body and legs causes children to move.

Eating this meat is valuable and effective for some types of paralysis, numbness, and neurological diseases caused by the spread of cold and humidity. Eating is suitable for people with colds and conditions of the joints and nerves caused by colds, but they should not consume this type of meat constantly because it is thick, and people with weak stomachs should avoid overeating.

Please do not use the microwave for cooking this meat because it will dry the meat. The taste of this meat is different from chicken, and if it is cooked properly, it will taste like a steak.

Harmful and destructive effects of stress during pregnancy

Dizziness in pregnancy and everything about its causes

Benefits of zucchini for health and treatment of diseases