When buying food, you should think less about red pepper. Researchers have found that a substance called capsaicin in red pepper, which is soothing, can help reduce appetite and speed up calorie burning. 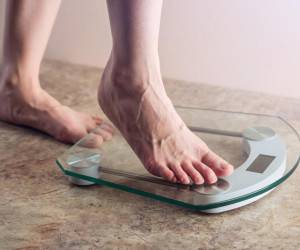 Capsaicin is a tasteless, colorless, odorless substance that creates a feeling of warmth in the body, and its excessive concentration can cause skin burns. There are also creams containing capsaicin that are used to warm the skin and relieve pain.

Adequate intake of capsaicin in the daily diet should be half a teaspoon, i.e., one gram in the dry state. The researchers studied 25 people, none of whom were overweight. 13 people liked spicy food, and 12 people did not like it. Those who did not like spicy food were given 0.3 grams of red pepper to sprinkle on their food, while the rest had to consume 1.8 grams, and the researchers finally concluded that eating red pepper caused a rise in body temperature. And they will burn more calories.

The researchers also found that people who did not like or did not eat red pepper lost their appetite after eating it, especially for sugary and high-fat foods, and those who ate red pepper in the first place. There was no change in their appetite. 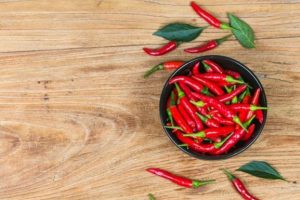 Researchers say that when people regularly consume red pepper, its effects will no longer affect them over time. Studies are examining how effective red pepper is in burning calories or reducing appetite and what other changes should be made along with it.

Taking 6 grams of capsaicin a day suppresses appetite, eliminates belly fat in men and women, and reduces calorie intake by up to 200, thus increasing metabolism and managing weight.

Capsule red pepper is not as effective in reducing appetite as powdered peppers poured into food; the spicy taste and effect of pepper cause the body temperature to reach a maximum and increases calorie burning and decreased appetite. 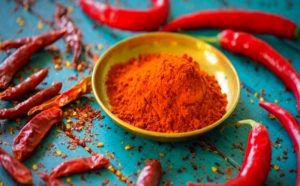 Capsicum is one of its varieties with a sweet taste and yellow, green, and orange colors. These peppers are in the category of vegetables, and each of them matures in different stages.

Of course, red bell pepper does not contain capsaicin and contains many vitamins and nutrients, that eating these peppers has no effect on fat burning is different from hot red pepper.