Risks and irreparable problems of iron deficiency in children

Iron deficiency causes health problems in children. It can also affect their growth and health and cause them to become physically weak. Iron deficiency can lead to severe problems, including defecation problems, and parents do not know precisely where the problem comes from. This article will explain the different aspects of iron deficiency in infants and children and the treatment and ways to prevent them.

What is iron deficiency in children?

Iron deficiency is a condition in which children have fewer red blood cells and lower their hemoglobin levels, and have less oxygen supply to the body. Hemoglobin is a molecular protein that carries oxygen from the lungs to the bloodstream in different parts of the body. Low levels of hemoglobin can cause a lack of oxygen flow in the body.

Without enough oxygen, blood cells are unable to process cellular processes. These effects can manifest in various aspects of your child’s life, including his growth and health. Because of this, iron deficiency can impair a child’s health and development. So let’s take a look at the problems after iron deficiency.

What causes iron deficiency in children?

This genetic disorder causes sickle cell cells to grow specially and unusually, and this abnormality causes red blood cells to stick together and accumulate inside the blood vessels. Because a small amount of blood reaches different tissues in the body, these cells in Exposure to oxygen turbulence can reduce the rate of destruction of blood cells from 120 days to 10 to 20 days. As a result, the body will not produce healthy red blood cells quickly and eventually be deficient in iron.

It is also a genetic problem in which an abnormal spherical shape with a fragile outer shell forms for blood cells, and their lifespan is between 10 and 30 days, resulting in the rapid formation of blood cells. Excessive amounts are reduced and cause iron deficiency.

G6PD stands for Glucose-6-Phosphate Dehydrogenation, in which an enzyme is produced by blood cells that protect themselves through dangerous substances such as drugs or pathogens that enter the bloodstream. Blood cells in children with G6PD deficiency cannot produce enough enzymes, or the enzymes produced in their body do not work correctly, and as a result, G6PD cannot store blood cells, so it is fragile. And is easily eliminated, resulting in iron deficiency.

Iron deficiency is a type of anemia in children, and this deficiency occurs when children do not have an adequate and nutritious diet to get iron. This happens even to overweight children and those who look healthy. Low iron intake prevents the bone marrow from producing enough hemoglobin, and so the effect of making blood cells can lead to iron deficiency.

Deficiencies of vitamins B9 (folate), B12, and C (ascorbic acid) can cause iron deficiency, which can be due to a lack of diet or medications that interfere with the absorption of vitamins. When it comes to vitamin B12, the baby may be getting enough vitamins from food, but the body cannot absorb any of them due to gene defects and iron deficiency. 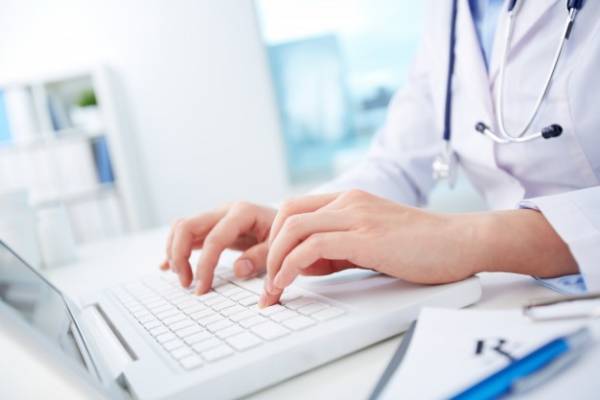 Iron deficiency sometimes occurs due to a decrease in the health of blood cells, which can be related to the following reasons:

Bleeding due to injury:

Internal and external damage can reduce the health of blood cells. Severe accidents in which nosebleeds occur are also causes of anemia and iron deficiency. It takes time for the bone marrow to compensate for this deficiency, resulting in temporary iron deficiency in children.

Certain diseases reduce blood cells. For example, inflammatory bowel disease can cause digestive problems and internal bleeding in the stomach, which in turn causes iron deficiency.

The following conditions can increase the risk of iron deficiency in infants.

Babies who consume a lot of cow’s milk:

Cow’s milk is not an ideal source of iron for babies. Your baby’s iron intake decreases after drinking this milk, so experts recommend that you not give your baby more than 710 ml of cow’s milk during the day to prevent anemia.

If your baby is born prematurely, you are 85% more likely to be iron deficient. These babies usually eat solid foods later than adult babies, which lowers blood cells and increases the risk of iron deficiency.

Babies who have completed an entire nine-month period in the womb may be underweight and therefore prone to iron deficiency. Weight loss will be followed by fatigue and constant tiredness, especially in the third trimester.

What are the symptoms of iron deficiency in infants and children?

How is iron deficiency diagnosed in infants?

The following tests for this part of the damp can show anemia in infants and children:

In this test, a sample of the baby’s blood is taken to calculate the total number of old and new blood cells. A hematocrit test is also done to determine the percentage of blood plasma. In these cases, the doctor also performs a blood test to examine blood cells and diagnose blood diseases.

Total iron content is measured in this test and the ability of iron to produce blood.

In this case, the surgeon performs a bone marrow biopsy at the hospital. A small needle is inserted into the femur, and a sample of internal soft tissue is taken from the bone marrow and tested in a laboratory. This test can be due to bone marrow disease or cancer.

Studies show that children with chronic iron deficiency are more likely to have mental health problems. These problems include a decrease in IQ even after childhood and can also affect their behavior in society in the future.

Low oxygen flow in the body can impair cell growth, meaning that untreated iron deficiency in children can lead to weight and height loss.

If iron deficiency is not treated, the child’s immune system will eventually be damaged because iron is essential in maintaining the health of T cells and the immune system.

Iron supplements can ensure that hemoglobin levels reach a healthy level. In this situation, parents should prepare a proper nutrition chart for their children.

Children receive vitamins in the form of dietary vitamins and iron deficiency supplements.

In such cases, sickle cell anemia and thalassemia occur where the body cannot produce blood cells and needs a blood donation.

Suppose the iron deficiency is due to problems such as bone marrow. In that case, your doctor may suggest a bone marrow transplant, which is especially helpful in such instances as leukemia, where the bone marrow is unable to produce blood cells.

The spleen is the part of the body that destroys blood cells and produces newer types, and when the body destroys too many blood cells, the work of the spleen is disrupted. If this problem is not treated with medication, the doctor may surgically remove the spleen.

How to treat iron deficiency without surgery?

Studies show that children between the ages of 12 and 36 months need 7 mg of iron a day, so your baby needs to get enough iron in his diet. Red meat and plant sources such as spinach, peanuts, and plums contain significant amounts of iron. Cereals and crackers are also very good for children and prevent iron deficiency.

Deficiencies of vitamins B9, B12, and C are associated with iron deficiency. Vitamin B9 for children should be 150 micrograms per day, 0.9 vitamin B12, and 15 micrograms of vitamin C. Other vitamin supplements should also be balanced in children’s diets.

Substances such as milk powder can prevent or treat iron deficiency.

Children do not get enough iron from breast milk or cow’s milk after six months. Cow’s milk has a small amount of iron. Therefore, you should replace it with foods containing iron. Milk is also a source of calcium, which can interfere with the absorption of iron if consumed in large quantities.

If iron deficiency is associated with cancer or bone marrow disease, it should be treated to prevent iron deficiency. These include specific conditions such as HIV, inflammatory bowel disease, thalassemia, and sickle cell disease. That is, there is no specific treatment for them.

How much iron do children need?

Babies should have enough iron in their body at different ages as follows:

Who is most at risk for iron deficiency?

Do I need to test my child for iron deficiency?

A blood test usually diagnoses iron deficiency. The World Health Organization recommends that infants be tested for iron deficiency by nine months and 12 months. Children with symptoms of iron deficiency should also be tested at older ages. Depending on the test results, your doctor may prescribe oral iron supplements or daily multivitamins or additional tests to ensure the results.