Cervical mucus changes when women enter their reproductive period. If fertility is less likely, this mucus will also be less prevalent. Women’s cervical mucus provides valuable information about their fertility level; Of course, there are differences between some women, but every woman may experience cervical discharge occasionally. 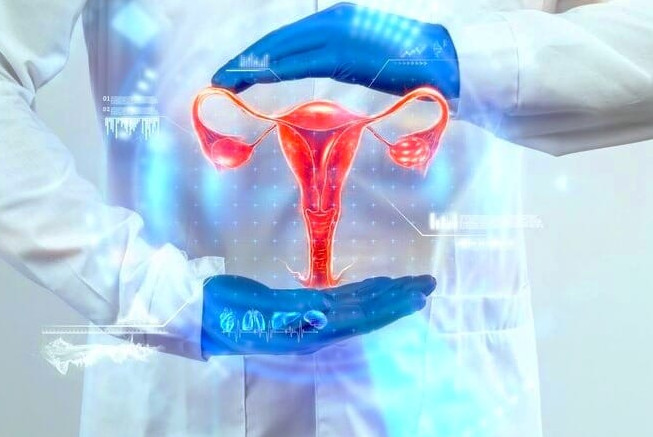 Cervical mucus: what is it?

In the vagina, cervical mucus is a layer of material that covers the area around the cervix and releases fluid. As a result of this liquid, this area is softened and protected from infection.

In addition to increasing its production before and after ovulation, it may also alter the menstrual cycle and slightly alter the appearance and texture of menstrual bleeding, which usually appears on underwear as a slightly yellow, white, or clear discharge with no odor.

Six days before ovulation, a woman’s fertile period begins. Estrogen levels increase, which makes cervical mucus thicker, whiter, and stickier, similar to egg white, during these days, the fluid that acts as a vaginal lubricant increases.

Cervical mucus has its own schedule, and each woman’s is different, and usually follows this pattern:

In the primary cycle:
Menstruation occurs during the first to fifth day of the menstrual cycle.

Immediately following your period:
Mucus secretion is sticky on the fifth to tenth day, which indicates a low fertility level.

A few days before ovulation:
From the 10th to the 14th day is included. In this period, the discharge is more abundant, sticky, cloudy, and similar to egg white in appearance.

The ovulation process:
On the fourteenth day of the cycle, it usually occurs. During this period, these secretions are very slippery and come between the fingers, which is when it is most fertile.

Immediately following ovulation:
Between days 14 and 22, this occurs. Initially, mucous liquid looks like a cloud, but it thickens little by little as it dries.

During the period:
In this period, the amount of secretions will decrease little by little, and as the days pass, the concentration and stickiness of the secretions will increase until there is no possibility of pregnancy.

Fertility and cervical mucosa:
The cervical mucus provides important information about fertility, so you should do the following:

Clean the vaginal area after using the toilet so that no urine remains.
Next, wash your hands and insert a small amount of your finger into the vagina.
Pay attention to the texture and color of the liquid on your finger.
Your fertile period is characterized by elastic, watery, thin and clear fluid.

Cervical mucus is affected by the following factors:
Since we have explained the characteristics of cervical mucus under normal conditions, you should know that there are several factors that affect mucus quantity and quality:

Reducing cervical mucus with contraceptives
Antibiotics, antiseptics, and some other medicines that change cervical mucus.
Cervical mucus quality is affected by sexually transmitted diseases.
Cervical mucus production goes out of cycle as a result of hormonal disorders.
A condition in which mucus is produced and infection is more likely to occur.
Mucus concentration is changed by vaginal softening fluids.

Sperm and cervical mucus:
The cervical mucus acts as a liquid-filled gel that has elastic properties, making it easier for the egg to reach the sperm. The mucus becomes more watery during ovulation, which provides suitable conditions for sperm. During other times of this cycle, the water content decreases, preventing microbes from entering.

Intercourse test or post-intercourse test:
Some women’s bodies produce antibodies that repel sperm, preventing fertility. Nowadays, you can test the body after intercourse to see how it is doing. Two to six hours after intercourse, this test is conducted. Sperm movement is evaluated under a microscope after a specialist takes a sample of cervical mucus.

Here are some useful recommendations for improving cervical mucus quality:

As a final step, you can improve the quality and quantity of cervical mucus. Positive factors that increase its quality include:

Make sure you drink 8 glasses of water a day.
Consume more fruits and vegetables.
Don’t ignore a problem if you have one. Use prescription drugs.

Drinking water is important for cervical mucus because:
The more water a woman drinks, the better the quality of her mucus will be, which will make sperm movement easier and improve fertility.

During the menstrual cycle, estrogen levels are affected by changes in cervical mucus, which is 90% water. Drinking little water, however, will make these secretions very thick.

Fertility cannot be solved with a separate and guaranteed solution. When the cervical mucus is at its highest level and probability of pregnancy, you should always pay attention to it. It is very important to find out the level of fertility through these tests every three months to get accurate results. In any case, the information is still spreading, and maybe the infertility was due to something else.

Any woman who has not succeeded in getting pregnant should see a specialist doctor if she wants to get pregnant.