Marijuana is one of the cannabis plant products that are the most widely used illegal commodity globally. There is a lot of discussion about quitting marijuana, which we will discuss below. 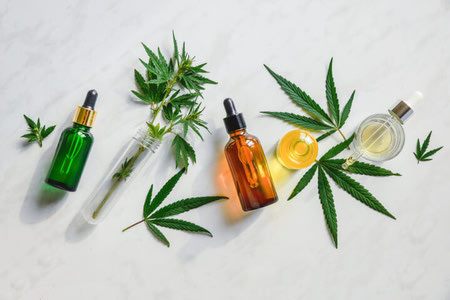 One of the derivatives of the cannabis plant is marijuana, which contains a lot of thc. THC in flowers causes moods such as euphoria, focus on the moment and indifference to the past or future, and so on. However, the effects of marijuana use are not the same for everyone, and many people experience more stress and anxiety after taking it. However, they may continue to use this substance.

Cannabis has been used extensively since ancient times, and its derivatives have many benefits. Still, the main use of marijuana is for fun or to avoid problems among teenagers and young adults, which can cause many disorders. Marijuana has a variety of products, all of which are addictive.

Is Marijuana Use Addictive?

One of the biggest false claims about marijuana use is that it is not addictive. Its use causes psychological dependence, depending on the quality of the goods used, duration, and other factors.

As mentioned, marijuana is an addictive substance whose recreational use can cause many problems. This includes:

Short-term memory problems are one of the most common side effects of marijuana use due to too much focus on the moment. Also, if you take high doses during the day and for long periods, your overall memory may be affected. So that with the slightest pause or distraction, he forgets the subject or has difficulty remembering memories.

People who consume usually smile slowly or with energy and smiles. But people are so irritated that even the smallest issues can cause an upset or inappropriate reaction. Although some people control themselves to create positive emotions, the change in behavior after the effects of marijuana is greater and causes confusion or anger. Marijuana use impairs brain function.

Adolescents should not use marijuana because it is difficult to form pathways in the brain’s nerve cells. Research shows that people who consume at a young age can not use their brains to their full potential.

Another thing that encourages many people to consider quitting marijuana is its high cost. Because most of its consumers are teenagers and young people who do not have good conditions and turn to flowers to escape their problems. But the high cost of using marijuana makes them generally lag in their life plans.

As you can see, marijuana is one of the most widely used substances in the world. Because most of this substance is used for entertainment, many people become addicted to it. Due to many users and the development of mental addiction to marijuana, unique methods are used for each person.

Many addiction treatment clinics also offer inpatient and outpatient services to marijuana users. Still, since they are not physically dependent, this can have negative effects because all invasive methods cause. The consumer should distance himself from relatives and become more interested in consumption.

Many marijuana users are reluctant to quit, and it is often their friends and relatives who help them along the way. The best way to quit marijuana is to fill emotional gaps with the help of others and use psychotherapy. In this way, people can leave the flower by changing their way of thinking and seeing the world around them, but in this way, they need a very strong will.

Some people ask about ways to quit marijuana with pills or medication. Note that marijuana addiction is less than pills and drugs. So if you use remedies to stop, you will find another dependence on them. Medicines prescribed by doctors are usually for mood control and have little to do with quitting marijuana and should never be taken without consulting a doctor.

There are generally two different ways to quit marijuana:

Quit marijuana all at once

In this way, consumers stop consuming in a very short time. Therefore, they have to face the temptations of consumption and cope with the effects of quitting for a few weeks. Immediate use of marijuana is not recommended in most cases because it is harder, and people are more tempted to use it. However, it may be recommended by some therapists for some conditions. 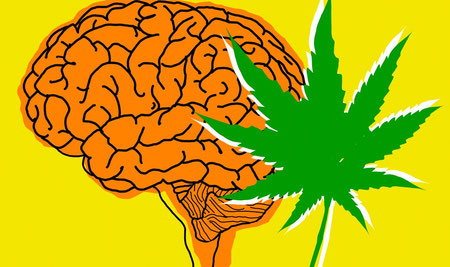 The second way is to leave planning. In this method, usually with the help of a specialist, a special program for treatment sessions, dose reduction over some time, etc., is determined. Gradual withdrawal is much easier and has better results in the long run.

The initial effects of quitting usually last a few weeks, but quitting marijuana can be changed by various factors such as age, sex, duration of use, dosage, quality of goods used, etc.

He left the marijuana program.

Everyone can use different methods according to their knowledge, but most of the time, people are not interested in quitting marijuana. For this reason, seeing a psychologist can have a good effect on achieving a proper treatment plan.

Some of the principles needed to quit marijuana are:

Fight the temptation to buy

Discard any marijuana items as keeping them greatly increases the temptation to reuse. The more marijuana-related accessories you have, the more addictive you become and the more you want to use flowers.

If you usually thrive at certain times, it is better to find other options to feel good during this period. For example, you can go to a cafe and have a coffee or take a walk with your friends. The further away you are from marijuana, the less inclined you are to use it.

Get help from others.

The role of friends, family, and friends in quitting marijuana is crucial. They should always calm the consumer so that he is less inclined to draw flowers.

Marijuana addiction is psychologically severe and difficult to quit on its own. It is best to seek the help of a psychologist to find and solve the problems of firewood addiction or fill emotional gaps.

Insomnia, anxiety, and depression are the most common symptoms of marijuana withdrawal. But fortunately, after a few weeks, all these symptoms disappear. However, the temptation to reuse has long existed among the people.

Other symptoms that may result from quitting marijuana include: