There have been different methods for removing body hair for a long time, and other solutions have been used according to the local and indigenous contexts of different communities. Still, some of them have been created according to the available facilities and materials. Among these traditional methods, modern methods of medical science have been introducing laser devices for body hair for about two decades, which, although they remove excess hair, but also prevent their regrowth. In this article, we will compare these methods. 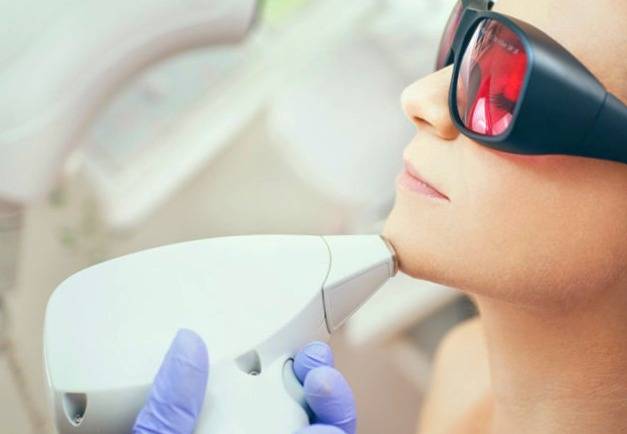 In the following, we have examined shaving with razor and waxing, which is the most common traditional method. Still, there are other methods such as machine shaving, cream, and shaving powder, which we will not discuss in this article.

Shaving with a razor

Shaving with a razor is probably one of the most well-known and oldest methods of body hair removal that has been used for a long time. In this method, the hair is shaved from the stem and the outside of the skin, and if the proper shave is not visible for a few days, it should be repeated soon with hair growth. This method is one of the fastest. The best way to get rid of excess body hair is to do without the need for a beauty clinic or hairdresser.

The use of wax to remove hair from the roots is also a common method for removing excess body hair, which has different types, including hot and cold wax and permanent wax. Most of the hot wax method in this method is the surface of the skin. It is covered with sticky resin, and the wax is immediately lifted with a special cloth to which the hair is attached, and as a result, all excess hair, including very fine and pale hair, is removed from the roots. Root cleanliness is one of the advantages of this method, pain, burning, and the possibility of skin allergies are also among its disadvantages.

One of the advantages of using traditional methods is that they can be used in the least facilities and home methods. Of course, this is especially true of razors and razors. Also, their initial costs for disposable lathes are much lower than medical and laser treatments.

In addition to the simplicity of traditional methods, the need to repeat the correction weekly and at best every two weeks is one of their most important drawbacks, which in the long run increases costs compared to slipping. In contrast, problems such as strengthening excess hair due to Their constant correction are cuts, wounds, and allergies, and a complete revision of the whole body every week takes a long time.

How does a laser work?

Laser hair removal devices are confirmed by shining a laser beam on the hair follicles. Note that the depth of penetration of this radiation is only in the hair follicles, and rumors about complications such as infertility and similar cases have been completely baseless. It destroys hair follicles and prevents them from growing, and after a few days, the person observes hair loss. However, in most cases, it may be necessary to repeat the final result several times.

Permanent removal of excess hair with painless laser treatment and side effects is one of the main benefits of this method, and if it does not stop their growth completely, it will eliminate at least 90% of them forever. Of course, its effect depends on the device and the type of excess hair, and its least impact is due to the lack of light absorption. The laser device is thin, blonde, and light hair, but dark hair is gone forever.

In addition to the many benefits of hair removal, its disadvantages are mostly related to human errors in the misuse and adjustment of wavelength and intensity of radiation, which sometimes cause burns or superficial spots on the skin, if for this purpose instead of beauty salons Avoid these problems with a dermatologist. Still, depending on the doctor’s choice of your condition, the number of sessions will be reduced, and the result will be achieved sooner. Your doctor’s advice on health activities after Liz’s treatment will also be very helpful to you.

Is Laser Hair Removal a Better or Traditional Method?

Depending on the individual’s goal and as mentioned above, if you are looking to permanently remove excess body hair and prevent it from growing back, the laser method is the best option.