Ovarian cancer is a type of cancer that starts in the ovaries. The female reproductive system comprises two ovaries on either side of the uterus, the size of an ovary the size of an almond. They produce the hormones estrogen and progesterone.

Ovarian cancer often spreads to the pelvis and abdomen, which is not detectable at this stage; it is more difficult to treat. When the disease is limited to the ovaries, early-stage, this cancer is likely to be successfully treated by a gynecologist.

Ovarian cancer rarely causes symptoms in the early stages. Signs and symptoms of this type of cancer include:

If you have signs and symptoms of concern, consult a gynecologist as soon as possible.

If you have a family history of ovarian cancer or breast cancer; Talk to your doctor about the risk of ovarian cancer. They may refer you for a genetic test to test for some mutations in the gene that increase your risk of breast and this cancer. 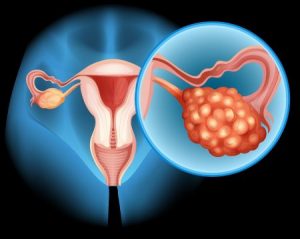 In general, cancer starts when a cell makes a mistake in its DNA (mutation). Mutations command the cell to grow and multiply rapidly, creating a mass of abnormal cells. Abnormal cells survive when healthy cells die, and they can invade surrounding tissues, detach from the primary tumor, and spread (metastasize) to other parts of the body.

The type of cancer-initiating cell determines the type of this cancer. Types of ovarian cancer include:

Factors that can increase the risk of ovarian cancer include:

There is no safe way to prevent ovarian cancer. However, the following methods are recommended to reduce the risk:

Discuss your risk factors with your doctor. In some cases, your doctor may refer you to a genetic counselor. If you have a gene mutation that increases your risk of ovarian cancer and you may need surgery to remove your ovary to prevent cancer. 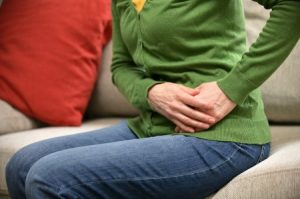 Tests and methods used to diagnose ovarian cancer include the following:

Imaging tests: Tests such as ultrasound or CT scans of the abdomen and pelvis may help determine the ovary’s size, shape, and structure.

Blood test: Your doctor may test your blood for tumor markers that indicate this cancer. For example, a CA125 cancer antigen test can detect a protein that is often found on the surface of ovarian cancer cells. If you have cancer, these tests certainly do not give your doctor any specific information, but they can be a clue to the diagnosis and prognosis of cancer.

Treatment for ovarian cancer is usually a combination of surgery and chemotherapy.

Surgery to remove the ovary: For early-stage cancer that has developed in the ovary. Surgery may damage the ovaries and fallopian tubes. This method can maintain a person’s ability to conceive.

Surgery to remove both ovaries: If cancer is present in both ovaries, the surgeon may remove the ovaries and fallopian tubes, leaving the uterus intact, so the person can still use the fetus. Get yourself or a frozen egg or a donated egg pregnant.

Surgery to remove both the ovaries and uterus: If the cancer is more common or does not want to get pregnant،The surgeon removes the ovaries, fallopian tubes, uterus, surrounding lymph nodes, and fatty tissue from the abdomen.

Surgery for advanced cancer: If the cancer is advanced, your doctor may recommend chemotherapy followed by surgery to kill cancer.