Most of us have a misconception that corn is a vegetable, but maize is an edible grain and is found worldwide; This seed has different colors from white to bright yellow and orange, depending on where it grows in the world. One of the most popular types is sweet corn; these seeds are used in various foods and are cooked in various ways. They are rich in nutrients that are good for the body.

Corn is an annual plant and has a lot of nutritional value; join us to get acquainted with this delicious plant’s properties and harms.

100 grams of maize has 365 calories, including 4.7 grams of fat, of which 0.7 grams are saturated, and 2.2 grams are unsaturated. Corn is also a good source of fiber and is rich in vitamins A, B, C is a mineral, calcium, potassium, and iron, and a large part of it is made up of starches.

The fiber in maize helps increase the body’s health and prevents cancer, and reduces the risk of constipation and hemorrhoids. Also, it helps produce beneficial bacteria to fight this condition.

What are the benefits of eating corn?

Maize is an excellent choice for people who are underweight and have difficulty gaining weight. These people need to increase their calorie intake to gain weight, and also it contains high carbohydrates and calories, so with the right consumption of this food, you can easily and quickly achieve your weight gain goal. A cup of maize kernels can burn 130 calories. You give. 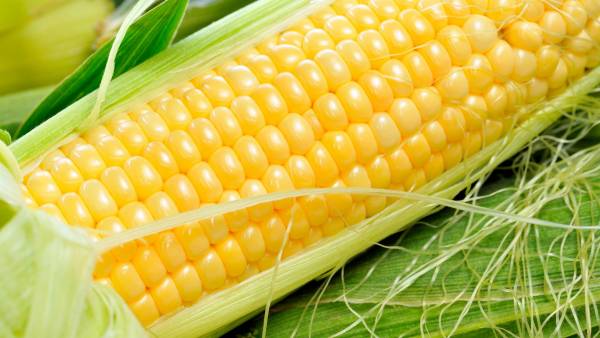 Weight gain from the consumption properties of corn

Minerals are essential for good health, so eating is one way to get vitamins. Eating maize has many benefits because it contains copper, iron, manganese, magnesium, selenium, and phosphorus. Stimulates kidney function, promotes bone and body growth, helps with fluid balance, stomach acids, muscle contraction, regulates blood pressure, and strengthens the immune system.

Corn, due to its phenolic and ferulic acid compounds, can fight breast and liver tumors. Also, the fiber in maize reduces some digestive problems such as hemorrhoids and constipation and plays an essential role in fighting colon cancer.

Corn oil has an anti-atherogenic effect on cholesterol levels to reduce the risk of cardiovascular disease, especially maize oil, which is one of the best ways to increase heart health. Because they have a lot of fatty acids, such as omega-3 fatty acids and omega-6 fatty acids. Omega-3 fatty acids can help inhibit bad cholesterol and then return to the connective tissue, thus reducing clogging of arteries, lowering blood pressure, and reducing the risk of stroke and heart attack.

Zeaxanthin lutein in maize prevents oxidation of eye protein. Oxidation of the eye causes blurred vision and helps reduce yellow spots in the eye; In addition, vitamin A is produced from beta-carotene in corn improves eyesight. 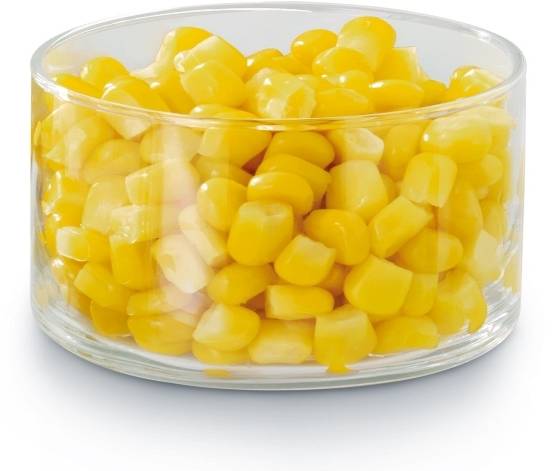 Maize can help control non-insulin diabetes. Eating maize is also suitable for high blood pressure, as it contains many phytochemicals. When insulin absorption and release are coordinated, the likelihood of a sharp decrease or increase in insulin in diabetics decreases, and they can maintain a normal lifestyle.

Apart from its medicinal benefits, it is also used in a wide range of cosmetics and can be applied topically to relieve skin irritations, itching, or skin diseases; It is better to buy them usually from the market because they contain Vaseline.

The best way to use corn

Corn is commonly used in cooking, steamed, grilled, cooked, or added to a stew or soup and eaten. Some herbal cosmetics contain maize , which is good for the skin; maize is an essential part of many countries’ diet and is also used in maize syrup, which is used in many Western countries.

Maize is the staple food of many people. If you eat a lot of maize, then you are at risk for the plague. Due to a lack of amino acids and niacin in the body, it helps protect the body against the plague. Suppose corn is high in your diet. Make sure you eat foods rich in vitamins to prevent plague.

Corn consumption can be allergenic and symptoms such as:

Itching of the skin, swelling of the mucous membranes, nausea, etc. Many people suffer from asthma attacks after eating maize , mainly due to the absorbable protein in maize.

What are the side effects of consuming corn?

Corn is not suitable for insulin diabetics:

Maize has a high carbohydrate content, which leads to high blood sugar levels, so people with diabetes should not consume too much maize .

Maize contains a lot of starch, and when you eat it, you put it in the large intestine, and it produces a lot of gas, so if someone eats a lot of maize , it causes bloating and bloating.

Maize is a good source of fiber and other vital nutrients that help flush toxins out of the body, but consuming too much of these fibers can upset the stomach or even cause indigestion.

To prevent diarrhea and intestinal problems, you should not eat maize raw.

Corn contains a lot of sugar, so consuming too much of it in some people can cause tooth decay, but this is one of the rare side effects of maize .

Maize contains very little calcium, so people on this diet may have osteoporosis, so be sure to eat maize with calcium-rich foods.

Osteoporosis with excessive consumption of corn

As mentioned earlier, maize is high in sugar and carbohydrates, so that overeating can lead to weight gain, so those on a diet should not eat maize .

Consumption of corn leads to lethargy:

Corn contains a lot of starch, which can lead to drowsiness and lethargy.

Do not throw away the potato peel for 27 reasons

Effects of onion against colds