Can too much crying harm a baby?

Experience shows that babies are scared and cry when they are alone and away from their parents. The fact is that when crying, the hormones adrenaline and cortisol are released in the body and brain of infants, and if this condition continues, their nervous system is shaken. Can babies who cry day and night have dangerous neurological complications and long-term harmful consequences?

Chemical and hormonal imbalances in the brain

Research shows that infants who are normally away from their parents have abnormally high levels of the stress hormone cortisol and low growth hormone levels. This imbalance between the body’s hormones disrupts the growth of nerve tissue in the brain and suppresses growth. It slows and shakes the immune system.

Researchers have found that severe stress early in life can alter the brain’s neurotransmitter system, causing structural and functional changes in areas of the brain, as seen in adults with depression.

According to research, children affected by persistent crying are ten times more likely than other children to have communication disorders and antisocial behaviors. The researchers found that these findings may be due to insufficient parental attention to infants.

Researchers believe that chronic and excessive stress stimulates the brainstem (the part of the brain that controls the production of the hormone adrenaline) in infants and does not meet their physical and emotional needs. Such a child will become aggressive and violent in adulthood because adrenaline is released in the brainstem.

What are the side effects of too much crying?

Experts believe that the stress hormone cortisol (produced by intense crying and other stressful events in the brain) causes the loss of neural connections in important parts of a child’s brain and the lack of stimulation of attachment and emotions. In infancy, parts of these areas do not develop, and violent behaviors are more common in children in adulthood. As a result, the parent’s lack of responsibility in responding to the child’s emotional needs will have negative personality consequences. 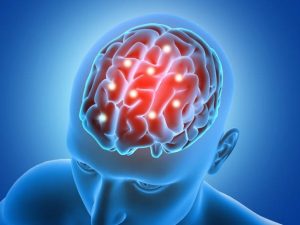 Disorders in the intellectual, emotional, and social development of the child

Dr. Michael Lewis, a child development specialist, believes that the most important effect of a child’s intellectual development is responding to the mother’s emotional needs. Researchers have found that children who are not overlooked when crying have good mental and social skills. Prolonged crying also weakens babies. Children who cry for a long time find it harder to control their emotions and develop an independent personality later than other children.

Research in animals and humans has shown that separating infants from their parents can cause abnormal and unstable heartbeats. Other consequences of the separation of infants from parents include increased blood pressure in the brain, increased stress hormones, obstruction of blood flow to the brain, and reduced oxygen supply. Therefore constant attention to infants is important in terms of nerves, brain, and heart. 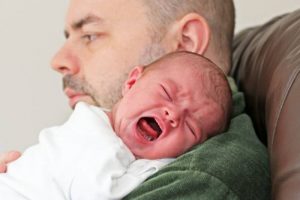 If a child under three months of age has a sudden cry that lasts up to 3 hours 3 days a week, he or she may develop colic. Colic is transient and improves over time. Children with a urinary tract infection, earache, or cold may also have colic-like cries.

The reasons for colic

Due to the immature nervous system, the baby is sensitive to sound and light and tries to avoid environmental pressures by crying. The baby also suffers from colic due to nutritional problems such as sensitivity to milk protein. 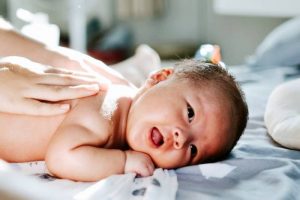 What should we do when a baby cries? 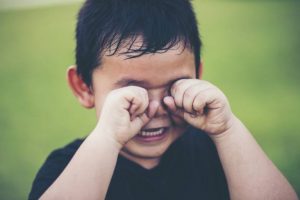 Intensity, shape, and duration of the baby crying:

In general, different reasons for a baby to cry:

If you can not lower your child’s fever, take him to the hospital immediately.

If the child can not reduce his crying, avoid violence against him because it creates a feeling of insecurity and intensifies crying and, if necessary, an experienced person. Ask for help in this regard.