All children should be exclusively breastfed until 6 months of age, and by the end of 6 months, parents should begin complementary feeding step by step. All mothers worry when they want to feed their baby that they may not meet their baby’s nutritional needs well. If you are one of these mothers, read this section to get acquainted with the best baby food and prepare it. 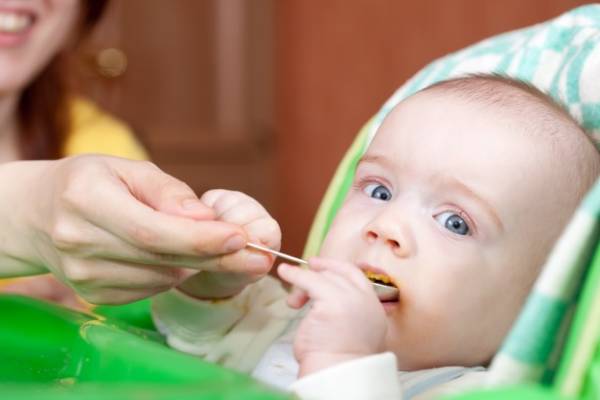 What complementary foods should we give to the child after 6 months?

Simultaneously, as breastfeeding begins, complementary foods should be continued frequently according to the baby’s wishes, and even the frequency of breastfeeding should be increased.

Complimentary food in the first week of the seventh month

In the first week of the seventh month, the complimentary meal should start with rice flour porridge. On the first day, we should give this food to the child once a day in the amount of one tablespoon of jam, and on other days, we should gradually increase its frequency, but this increase should be according to the baby’s desire and demand. At the end of the week, the amount of complimentary food we can give the child is 12 tablespoons of jam. Of course, the baby’s leading food is breast milk.

Baby food supplement in the second week of the seventh month

This week you can give almond porridge to your child. Start this oven dish like porridge with one ounce of jam a day, and at the end of the week, pour it into 12 tablespoons of jam.

Complimentary food in the last two weeks of the seventh month

This week, soup is added to the baby’s diet, but it is still the main breast milk food. Use almond porridge in the morning, evening and night, but give him a tablespoon of almond porridge at noon. On other days, reduce the number of almonds and porridge to 3 to 6 tablespoons per serving.

The best soup for baby

At the beginning of the soup, add lean mutton or chicken and cook with rice and carrots.

Do not add salt, sugar, or seasoning to the baby soup.

In the last minutes of cooking, add vegetable soup so that its vitamins are not lost.

Do not add spinach to your child until he or she is one year old.

Complimentary food in the first two weeks of the eighth month

During these two weeks, egg yolks are also added to the baby’s diet. Thus, morning, egg yolk, almond porridge at 10 am (between breakfast and lunch), noon soup, evening almond porridge, and evening soup. You can add vegetables such as potatoes, squash, and green peas to the soup every 3 days during these weeks.

Add the potatoes, wash them, remove them, discard and cook with the skin if they have vegetables. Then peel it and add the potatoes to the baby soup. It is better to give yogurt to your child with soup to get acquainted with the taste of yogurt.

Complimentary food in the first two weeks of the ninth month

This week, you can add legumes such as lentils and mung beans that are easy to digest to the baby soup. You can also use lentil or mung bean sprouts to prepare soup and soak other beans such as pinto beans, red beans, etc. He peels them and adds them to the baby soup after cooking. You can also add a tablespoon of bean flour jam to your baby’s soup.

What should the baby eat in the ninth week?

Give water to your baby in the last two weeks of the ninth month. This juice is better to be natural and selected from the fruits of the season for juicing. On the first day, mix one tablespoon of fruit juice with 1 tablespoon of cold boiled water and give it to the child until it gradually reaches six tablespoons of pure fruit juice.

Complimentary food in the first two weeks of the tenth month

This month, you can give your child one tablespoon of seasonal fruit instead of fruit juice and gradually increase this amount to three tablespoons of jam.

The desired fruit must be fully ripe. You should wash and peel this fruit and peel it and gradually increase it to 5 to 6 tablespoons of jam per day. At this time, depending on the child’s appetite, slowly add the amount of soup at noon and night to a maximum of 10 tablespoons of jam.

Also, give the child foods such as bread, plain biscuits, baked pasta, baked potato slices and teach him to take these foods in his mouth. Too much juice and fruit can fill a baby’s stomach.

Food in the eleventh and twelfth months

Depending on your child’s appetite, increase the amount of food in each meal and change his diet. Do not give family food to the child because it contains salt and spices and provides a separate fare. 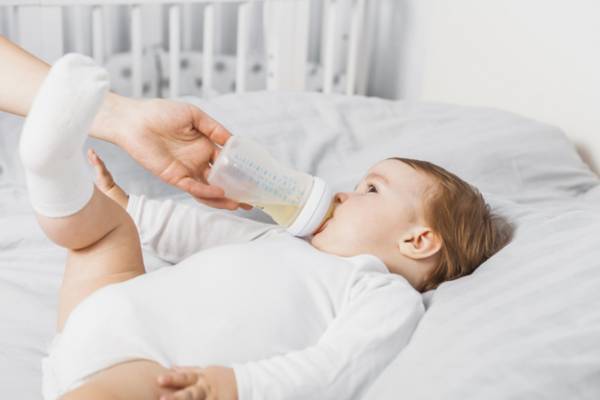 An essential point in feeding a child under one year

Give boiled and chilled water at the beginning of complementary foods, as this need will not be met by breastfeeding alone.

Too much water and sweets before meals reduce the baby’s appetite and jeopardize his growth, so give him a small amount of ripe juice or juice twice a day after meals in the middle of the day.

Do not add salt, sugar, or spices to baby food as this will create a taste. Add a small amount of iodized salt to the food of a child under one year of age who has stopped or lost weight.

Give your child a multivitamin or A + D drop from 15 days until the end of the year. After consulting your doctor, you can continue this drop until you are 2 years old.

At the age of 12 months, eating a child meets his nutritional needs and creates a social connection between parents and children.

Complimentary food is a way for him to become familiar with the taste and consistency of food and learn to use it for family meals.

How to prepare porridge:

First, mix water, sugar, and rice flour and then put it on a gentle heat. After the rice flour is cooked, add 5 tablespoons of milk to it and boil it until it thickens. Its consistency should be slightly higher than breast milk and gradually reach the surface of real porridge as the baby grows.