Is marriage good? Is it with a wedding that you can have a better and more colorful presence in society? Be healthier and happier? Does marriage help to further develop physical, emotional, and interpersonal relationships? There is no universal law for a better life. What does it mean? This does not mean that marriage is the path to happiness or celibacy. Let’s take a closer look at being single or married. In this article, our work is hard but interesting: staying single or getting married?

These colorful people live on Earth, each with its unique living conditions, prescribing public prescriptions and defining the same magic of happiness for everyone. Is there a magic spell with the same formula for everyone? 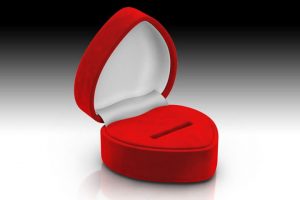 What does research on marital status say?

It is not possible to say that marriage can create a happy and successful life for people in the long run. Sometimes single people win the race and look more successful. According to some studies based on large and national statistical samples, single people are the healthiest. By reviewing the lives of married people, one can easily see happiness in their lives.

Marriage is not the way to happiness. Different aspects of single life are better and more productive than married life. Singles, for example, are more likely to associate with friends, family, neighbors, and co-workers. They help others more than married people like their elderly parents. In a word, singles are autonomous and have a greater role in determining their destiny and increasing personal growth and development.

On the other hand, some studies show that married people are more immune to various diseases or, for example, are mentally healthier.

Courage appears here: We talked about the benefits of being single, but we can not say which is better.

Single or married? Which to choose?

These days we see and read various articles about married and single life. Some insist marriage is better, while others, who happen to be more active in recent years, talk about the benefits of living single. For example, single people are happier and richer. But the story is something else. There is no better way to live, and it can not be said that it is better to be single or get married.

In some ways, single people live better than married people, but other things make married life more prosperous and attractive. So the listener must be wise! In reviewing various scientific studies that consider one of these two lifestyles superior to the other, consider the following:

All the colorful research that confirms his marriage or celibacy is examined using the average of statistical samples. They say things that happen on average and are unaware of the exception. Therefore, the results of scientific research are not true for everyone.

It depends on the personal choice of people:

Everyone has the right to choose in life. Married people have decided to share their lives with someone else, but some choose single and are completely satisfied with this choice. Therefore, people’s views and favorites in life are formed based on their interests, desires, and preferences, and it cannot be said that single or married are generic versions, one of which is bad and the other is good. 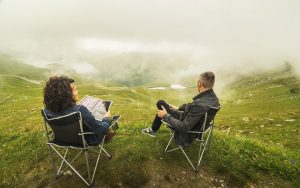 The story is more complicated than that:

A closer look at the marriage story reveals another point: The time of marriage is different for everyone. Some periods of life are better for some single people, and some are better with marriage. For example, some people who have lost their spouse are very happy with their married life, but after losing their spouse, they no longer seek marriage and like to spend the new chapter of their life alone.

Some people think that marriage is a miracle that solves many of their life problems and opens the door to happiness, which is wrong. Among the reasons and misconceptions about marriage are the following:

Marriage is not a medicine or a cure, But some think that they will solve their behavioral and communication problems with the help of marriage. Not only does marriage not solve people’s communication and behavioral issues, but it may also make it worse.

Happiness does not depend on marriage, and if you do not enjoy your loneliness enough, you will not have much chance in life as a couple.

How can a person who can not keep himself happy and alone and can not manage his life situation well and is satisfied in a two-person life alone help another person to have both a happy life? ??

You do not have to get married to prove anything. Marriage is a decision that is up to you. You have to accept that it does not matter to the world what decision you make about your marital status. It is up to you to see what experience you get from entering into cohabitation. 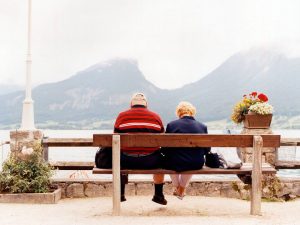 Reasonable and correct reasons for marriage:

If you have a good reason to get married, it is a good idea to enter into a two-person relationship and start a family. What are the reasons for marriage? Note the following:

You are a good fighter

If you think that marriage has an image like advertising in which a couple in white clothes constantly walks around and laughs, you are sorely mistaken. It may be possible to achieve such an image, but achieving and maintaining this situation must be fought. War does not mean fighting; Rather, fighting in a successful relationship means trying thoughtfully.

Thoughtful effort means spending time and energy to establish a logical and correct relationship with the other party. Trying to solve problems and discover the root of the situation creates an ideal two-person life. This is a continuous effort, and it does not stop. So if you know that you can manage the relationship properly and live with a civilized partner, marriage will be right for you.

You have a common view of life

If you both have the same outlook on life and the big decisions in your life are in the same direction, marriage will be right for you. Your values ​​and aspirations must match the importance ​​of the other party. In this case, marriage is the right thing to do. Two people with similar ideas can make deep friendships and strengthen the foundation of their life together.

You see marriage as a pleasant event, not a forced one

A good marriage can be created. As mentioned, this is not a miracle. If you are interested in building a two-person life and find excitement and fun in it, you should step in this direction. Otherwise, if you think marriage is a mandatory part of life, you should not seek it.

If you decide to get married for the reasons mentioned above, be sure to consult a reputable marriage counselor to make a better decision about marriage and choosing a spouse.

To marry or not to marry; the problem is that:

There is no public legal life. All people can not determine their way of life and personality according to general rules. Can they? Everyone has a story, and they advance their destiny according to their desires and circumstances. However, the realities that societies impose on human beings must also be confronted; For example, married people have more benefits in most leagues.

In addition to better acceptance of married life by most communities, marriage is often associated with economic benefits. For example, they are splitting the cost of housing, rent, raising capital for investment, and so on. Of course, not every life together has these benefits. For example, sometimes single people are better able to save and invest and achieve better economic growth.

As you can see, it does not prescribe the general rules and presuppositions of human life. Everyone can be successful or happy in their married or single life or not.