Teeth may be the most overlooked part of the body. We may think that we brush them every day, and they are indeed clean. But teeth are one of the most vulnerable organs in the body, attacked by bacteria, and become more vulnerable during pregnancy. Morning sickness caused by pregnancy, cravings for sugary foods, and hunching over can all lead to tooth decay, toothache, and eventually tooth extraction during pregnancy. Although root canals, such as denervation, are safe during pregnancy, it is recommended that you delay them until the end of pregnancy or the second trimester unless there is an emergency. We will explain in detail oral problems during pregnancy and their causes. 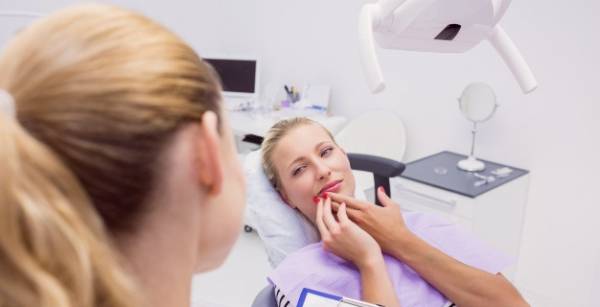 Hormonal changes during pregnancy can lead to new oral problems or make existing problems worse. Also, changes in saliva pH and eating habits, such as increased consumption of sugary foods, can cause tooth decay during pregnancy. In addition to tooth decay, periodontal disease is also caused by a bacterial infection of the gums and bones around the teeth.

Some of the different dental and periodontal problems that may occur during pregnancy are:

The most common oral disease in pregnancy is gingivitis. This problem recurs in pregnancy due to fluctuations in estrogen and progesterone levels and is accompanied by changes in the oral flora and decreased immune response. The surface tissue of the gums becomes inflamed.

This condition can lead to inflammation, tenderness, and swelling of the gums. The gums may also bleed when brushing or flossing. You should see a dentist prevent severe gum disease. Your dentist may recommend frequent brushing to avoid any infection. People with severe gingivitis may need scaling by a dentist and may also need to use mouthwashes such as chlorhexidine.

Cavities are one of the most common dental problems during pregnancy. One of the causes of tooth decay is increased carbohydrate intake. Also, morning sickness can increase oral acid levels and destroy tooth enamel, resulting in tooth decay. Therefore, the cause of tooth decay in pregnant women is an increase in acid in the oral cavity, a high tendency to eat sweets and carbohydrates, and little attention to oral hygiene.

The decay first disappears as white areas but then decomposes to form brown cavities. Untreated caries lead to oral abscesses and cellulite on the face. Brushing twice a day with fluoride toothpaste and limiting sugary foods reduces the risk of decay.

Pregnancy tumors often appear in the second trimester of pregnancy. Swollen tumors are caused by an overgrowth of tissues between bleeding teeth. One of the causes of tumors is extra plaque. However, in some instances of dental problems, your dentist may ask you to extract your teeth to prevent further damage.

Some women experience sores, bleeding, and swollen gums due to hormonal changes during pregnancy. Brushing or flossing during this period causes bleeding gums, but this problem goes away on its own after delivery. 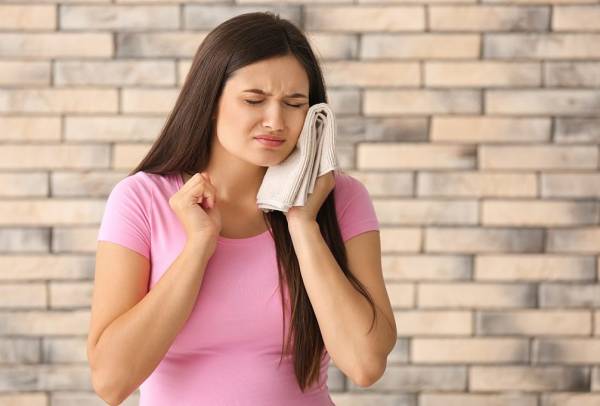 During pregnancy, the periodontium (the ligaments and bones that support the teeth) is affected by increased progesterone and estrogen, causing the teeth to loosen. If a loosening of the teeth is not related to periodontal disease, this condition is temporary and does not cause tooth loss.

Postpone your visit to the dentist if you have any of the following symptoms:

What can we do to prevent our work from being transferred to dentistry during pregnancy?

Some precautions can help you avoid dental problems during pregnancy. Some of these measures are:

Cut down on sugary foods, as they can cause inflammation or swelling of the gums during pregnancy.

Brush your teeth at least twice a day and floss at least once. Use a toothbrush with a soft brush to reduce irritation of the gums and tongue.

Avoid gum or tooth transplants during pregnancy as the transplant may cause excessive bleeding, and blisters may cause irritation or an allergic reaction.

In addition to other health issues, smoking adds to periodontal problems, so quit smoking during pregnancy.

Dental care is something that should not be forgotten during pregnancy because it is essential for overall health. Research shows a close link between oral diseases in pregnancy and preterm birth or the birth of low birth weight babies prone to cerebral palsy, vision, and hearing problems. Proper care during pregnancy reduces these risks, so see your dentist regularly and clean your teeth. Have a healthy oral routine at home so you can enjoy your pregnancy with a big smile.