An image created by our creative minds, which increases our desire for sex at the moment, is a sexual fantasy. Its content and frequency of repetition may differ from person to person, but it almost always occurs to everyone. Sometimes a marriage relationship needs a variety of sexual fantasies for a long time. Find out what these common and unusual fantasies are.

Sexual fantasies – what are they?

The depths of the human mind are filled with these sensual imaginations that fill his existence with pleasure. People fear that their sexual fantasies are a sign of deviance or some kind of mental illness, but if they are satisfied with their life and their sexual relationship with their partner, sexual fantasy gives more depth to the relationship and enhances its quality. Although someone may not be satisfied with their sex life, fantasies can partially replace their unfulfilled needs.

Here are some common sexual fantasies.

Sexual fantasies within this category are generally considered healthy or normal, and the most common are:

A 2020 study found that a third of adults fantasized about having an open relationship.

The presence of these fantasies is associated with criminal behavior or deviant behavior. Among the most common are:

Exhibitionism: Displaying the genitals to the opposite sex.
Fetishism: Attaching sexual pleasure to a particular body part, object, or activity.
Rotteurism is the act of rubbing parts of one’s body (usually the genitals) on the bodies of others without their consent, typically in crowded places.
Masochism is a form of sexual pleasure caused by physical pain or self-humiliation.
A Paraphilia is an abnormal desire for sexual activity that has often been associated with extreme and sometimes dangerous activities.
Pedophilia is sexual orientation towards children.
Sadism is the act of causing others physical pain for the sake of sexual pleasure.

1. Group sex:
Group sex is one of the most popular topics in sexual fantasy. Eighty-seven percent of women and ninety-five percent of men enjoy imagining themselves in such a relationship. As part of this fantasy, the person imagines himself as the main character and the focus of attention and enjoys this feeling.

There are three types of sexual fantasies:

one’s own fantasies; two’s fantasies; and three’s fantasies.
What he demands from his wife;
The fantasies he wants to try in real life.

Keeping the fantasy of group sex in mind and not discussing it with anyone except your therapist is important!

2. sexual adventure; Passion for variety and novelty
New experiences are thrilling to us all, and we’ll never turn them down. It is common for people to experience sexual fantasy to try new sexual activities in new environments, which arouses them by releasing adrenaline. Fantasy revolves around novelty and breaks up the monotony of men and women in the bedroom.

What to do with this sexual fantasy?
Discuss it with your partner. When expressing your feelings, you should be careful not to make your wife feel inadequate. First, compliment him, then suggest your request as a suggestion, and let him think about it. 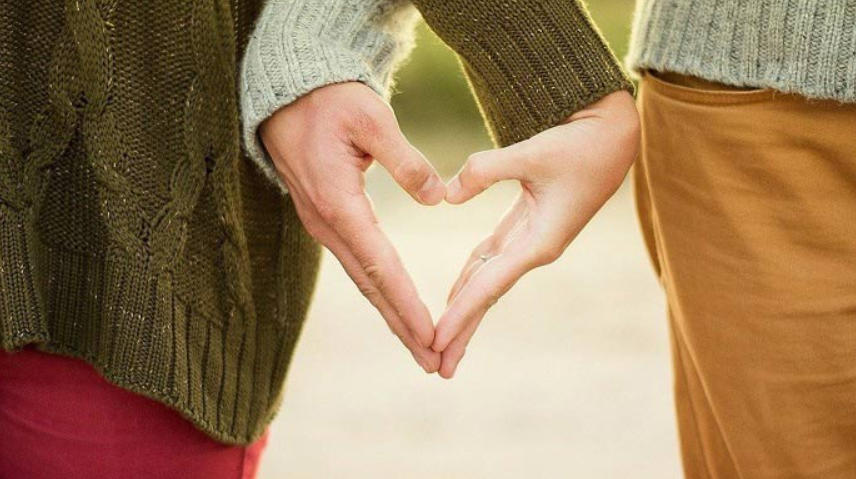 How should you handle this fantasy?
Determine what is driving it. Unhappy with your relationship? Need some adrenaline? Having problems? Consider the feelings you have when you view these images and look for clues to unmet needs.

4. Love and romantic relationships
Romance and intimacy are highly stimulating for many people, because they are stimulated by romantic activities for two such as long walks on the beach, candlelit dining, and the occasional sexually aroused stare.

How do we deal with these fantasies?
These fantasies stem from self-deprecation and a lack of gratitude. Make eye contact during sex, learn each other’s love language, and spend more time with your partner.

5. Forbidden and taboo sex
Sexual relations or actions that are considered strange, troublesome, forbidden, or violent in real life stimulate the brain and arouse it sexually. Among these fantasies are eye-gazing and showmanship.

What to do with this sexual fantasy?
Get professional help. Fantasy is usually associated with the other person’s dissatisfaction, and no matter how irritating it may be, it should never be implemented in real life. You may be able to find solutions to get rid of these fantasies with the help of the therapist.

What to do with this sexual fantasy?
Making sure that you are safe and sane before you act out your sexual fantasy is the first step. You should first ensure your partner is willing or at least okay with it, then agree on how it should be done, assign roles, set boundaries, and avoid hurting your partner by constantly checking in.

7. Desire for gender role flexibility
It involves a person changing his sexual role at will or having a partner who is enthusiastic about this work. Taking on different roles and characters is fun, creative, liberating, and it excites the individual by questioning the norms and expectations of society.

What to do with this sexual fantasy?
Many experts believe that such fantasies are driven by the desire to discover one’s sexual identity or the desire to be more comfortable with a life partner. But if these imaginations go beyond the range of the person’s imagination and are permanent, they need to be dealt with by a therapist.

The desire to change oneself in sexual fantasies
When people browse sexual fantasies, 97% of them change some of their characteristics. Changes are based on a person’s gender and sexual orientation, for example:

Women and men who are gay or bisexual envision their bodies differently in their sexual fantasies. Men fantasize about changing the appearance of their genital organs.
Men tend to imagine themselves as younger, while women envision their ideal future selves. This difference is rooted in the amount of regret experienced by the two sexes. Men tend to imagine themselves at a young age, as if they are giving themselves a second chance.
Gay and bisexual men imagine their personalities differently. Neurotic and introverted individuals are more likely to do this.
In their fantasies about sexual relations, men are more submissive and women are more dominant.
Non-binary or non-binary gender individuals alter their sexual fantasies more than others.
How do they do this?
Sexual fantasies are scandalous to the public, but not all of them are deviant. Even some of them can have a positive impact on people’s lives. Researches have found that sexual fantasies help to arouse and satisfy women.

A sexual fantasy is not just a random thought that crosses the mind every now and then; every image that arises gives insight into a person’s personality, attachment style, and cultural identity.

We can learn a lot about someone’s personality by what they imagine themselves to be in their sexual fantasies. It may be an indication of an introverted personality, or if he changes his body or personality in his fantasies, he may be nervous and aggressive.

Researchers have found a connection between sexual fantasies that include dominating the relationship and humiliating the other person, and the personality that is considered incompatible (opposite or uncontrollable) in society.