We have all heard about the dangers of drinking. But have you ever wondered what these injuries are and what soft drinks have to do with osteoporosis?

Soft drinks are one of the most popular drinks among different age groups. We have always heard that it is better to replace soda with water and other natural beverages. Usually, if we ask why, we do not hear the more harmful answer to the body. But have you ever wondered what makes a drink known as an unhealthy drink for the body?

Numerous factors, such as maintaining good health and preventing disease, make us worry and sensitive about choosing a diet. Osteoporosis is one of these diseases that affect many people around the world.

About 15% of the world’s population and 30% of postmenopausal women suffer from this silent disease. There are several factors involved in the development of this disease. But in this article, we want to examine the relationship between soft drinks and osteoporosis in more detail. 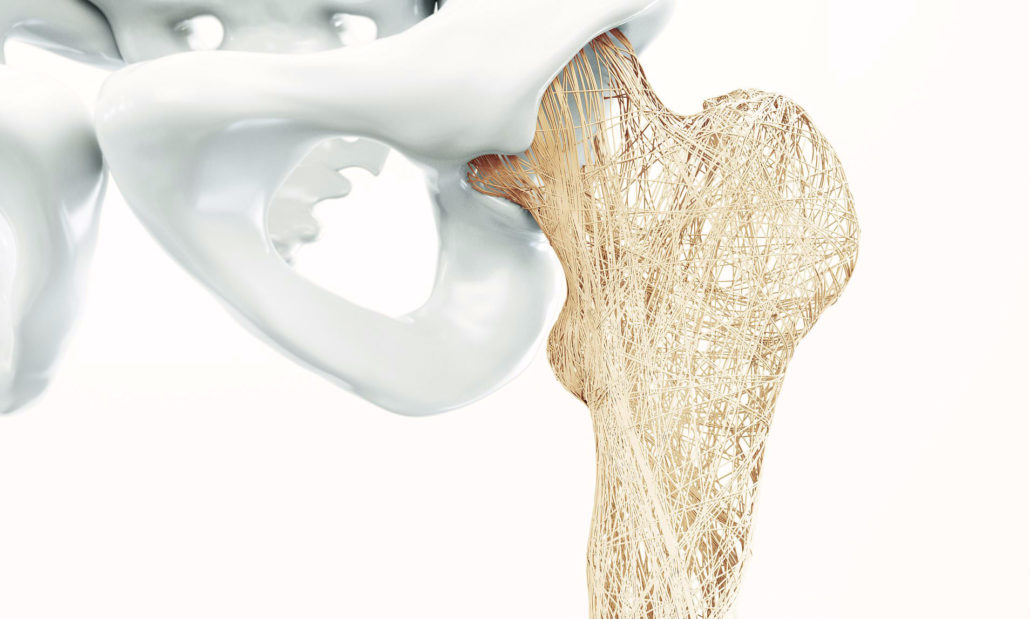 Osteoporosis is a skeletal disorder that becomes brittle as bone strength and density decrease. Osteoporosis is a silent and asymptomatic disease until it leads to a fracture. Older people and postmenopausal women are more at risk. Bone fractures due to decreased bone density are one of the leading causes of death in the elderly. The direct cause is a fracture, fall, or accidental impact. But the leading cause is low bone density and excessive loss of bone tissue.

Recent scientific findings show that one of the most important reasons for the rapid decline in bone mineral density in postmenopausal women, other than estrogen depletion, is an unhealthy lifestyle and poor eating habits. In the absence of minerals in the diet, the body compensates for this deficiency of bone tissue. This causes a lack of minerals in the bones over time, resulting in decreased bone density and osteoporosis. Also, with age, bone tissue is destroyed more than it is made. After 30, bone loss is an inevitable process that leads to bone fragility by changing the regeneration cycle.

So far, various side effects of Soft drinks have been mentioned. However, many people around the world are very interested in this drink. One of the side effects mentioned for soda is its destructive effect on bones. But what does the research say, and how valid is this claim?

In a study on the effects of soft drinks on bone fractures, 17,383 Chinese citizens between the ages of 20 and 75 were studied. Participants who drank daily had more bone fractures than those who did not. According to statistics, during a 5-year follow-up, 569 of these participants reported fractures in different areas of the body bones.

As a result of this research, it has been stated that excessive consumption of soft drinks increases the risk of bone fractures. Daily consumption of alcohol, regardless of diet and lifestyle, doubles this possibility.

Findings from another experiment on mice showed that bone mineral density and concentration were lower in mice consuming soft drinks than in other mice. This 20% reduction was the same in male and female mice. According to the study, cola soda affected all mice.

Another study from Tufts University found that cola drinks reduced mineral density in a woman’s pelvis. Therefore, it can be concluded that increased cola consumption in women leads to decreased bone density and calcium deficiency. The results of various studies have suggested different reasons for the effect of soft drinks on osteoporosis.

Experts believe that replacing soft drinks with calcium-rich beverages could be a significant factor in reducing bone density. According to Harvard, the theory that phosphoric acid, which reduces calcium absorption and bone deficiency, is a substantial cause for concern about soft drinks. There is still insufficient evidence for the effect of high phosphate intake on metabolism and bone density. It is assumed that one of the factors associated with bone fractures related to soft drinks is the high content of phosphoric acid in soft drinks. Excessive consumption of phosphoric acid changes the ratio of calcium to phosphorus and the percentage of acid and base in the body, resulting in reduced bone density and osteoporosis.

Low calcium and phosphorus diets may stimulate parathyroid hormone and cause bone loss. High intake of phosphoric acid can also reduce kidney function and affect calcium homeostasis. The sugar and sodium in soft drinks can also cause calcium loss.

If you consume caffeinated beverages (such as soft drinks and energy drinks) that exceed your maximum daily caffeine intake, you may increase your risk of future fractures and recurrences.

To prevent this, the National Osteoporosis Foundation recommends that you get enough calcium in your daily diet. Adults under 50 should receive 1000 mg daily, and people over 50 should receive 1200 mg daily. According to the foundation, cola drinks contain other chemicals, phosphoric acid, and caffeine harmful to bones. Therefore, people with osteoporosis should control their weekly beverage intake.

Consuming large amounts of soft drinks during adolescence can increase the risk of bone fractures in the future by reducing bone mineral accumulation. Fat affects the regulation of bones and is involved in the metabolism of active bone hormones. But an increase in muscle fat leads to more people falling, which can increase the risk of fractures in some regions of the body. People with obesity lose their natural defense mechanisms and fall more to the side or back when falling. Another cause of the indirect effect of soda on bone fractures is the mediating effect of obesity. Studies have shown that excessive consumption of soft drinks increases obesity, diabetes, and other chronic non-communicable diseases.

According to South Korean research, phthalates used in soft drinks can be directly linked to bone mass and osteoporosis in women, regardless of calcium and physical activity. 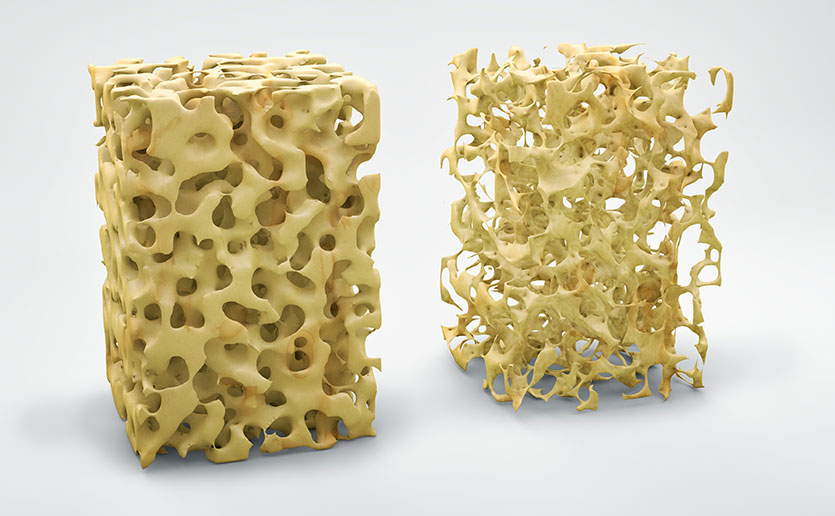 Osteoporosis depends on both genetic and environmental factors. Apart from genetic factors, which we have no role in determining, environmental factors play an essential role in our quality of life. By correcting bad habits and unhealthy diets, we can improve our lifestyle and prevent many diseases or minimize side effects.

To have healthy bones, we need to exercise regularly, be physically active, and avoid immobility as much as possible. If bones are not physically active, mechanical receptors (bone cells) will not receive signals to repair, repair, and synthesize new bones. As a result, the bone mineral density gradually decreases. According to the National Osteoporosis Foundation, walking is a sport to maintain and improve bone density in women. Weight training and resistance training are essential for increasing bone density. Aerobic exercise reduces the risk of falls and bone damage by increasing muscle balance and functional activity.

Women who are more physically active are less likely to develop osteoporosis.

Statistically, smoking is significantly associated with osteoporosis. While physical activity is a factor in maintaining muscle mass, smoking is an undeniable factor in osteoporosis. Smoking increases the risk of bone fractures in both men and women. Smokers (especially women) are up to twice as likely to break a bone as smokers and even people who have quit.

Diet is an essential indicator of bone health. Dietary modification by eliminating non-nutrients and replacing nutrients is an effective way to prevent many diseases. Deficiencies of minerals such as calcium, protein, and vitamin D can lead to decreased muscle density. Try to adjust your diet to meet the daily requirement of nutrients and micronutrients. Calcium, dairy, and vitamin D play an essential role in bone health. Diets rich in fruits and vegetables can reduce fractures’ risk by increasing bone density due to their high levels of vitamins and trace elements (a mineral nutrient needed in tiny amounts to grow and heal organs).

To promote bone health, reducing soft drink consumption should be considered an essential strategy for people. Over the next 40 years, the number of people at risk for osteoporosis will be significant, especially in Asian societies.

However, osteoporosis is more common in the elderly and women. But this is a problem that should be avoided from childhood and adolescence. However, people with a genetic background should take this more seriously. But other people should not underestimate the role of environmental factors in osteoporosis.

Improving lifestyle and putting aside unhealthy habits is one of the essential strategies mentioned in preventing various diseases. As mentioned, more evidence is needed about the effects of soft drinks on osteoporosis. But nutritionists and researchers recommend reducing the consumption of soft drinks as much as possible and always having a balanced diet. Indeed, soda is not yet known as an active ingredient in osteoporosis. However, smoking, vitamin D deficiency, and inactivity are among the proven environmental factors in this disease. The first step in preventing osteoporosis is to eliminate the environmental factors that affect your lifestyle.