We have all heard the name antioxidant by now, and we probably remember nothing but its health benefits. It’s time to look at what an antioxidant is and how its role in the body is defined. 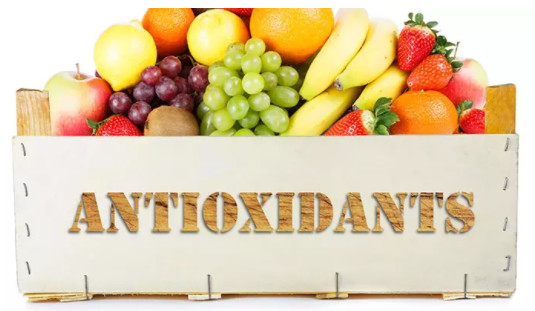 What is an Antioxidant?

Vitamins A, C, and E are dietary antioxidants. The term antioxidant is also used for industrial chemicals added to products during production to prevent oxidation. These industrial antioxidants are sometimes used to avoid the oxidation of synthetic rubbers, plastics, and fuels or as preservatives in food and cosmetics.

What is the role of antioxidants in the body?

The oxidation process in the human body damages cell membranes and other structures, including cellular proteins, lipids, and DNA. When oxygen is metabolized, it creates unstable molecules called free radicals that steal electrons from other molecules. This damages the structure of DNA and other cells.

The body can cope with some free radicals and even needs them to function effectively. But damage from excessive free radicals over time may be irreversible and lead to certain diseases such as heart and liver disease and cancers such as cancers of the mouth, esophagus, stomach, and intestines.

Factors such as stress, smoking, alcohol, sunlight, and air pollution can accelerate the oxidation and production of free radicals. Some of the things that free radicals do are:

Damage to the lens of the eye reduces vision.

Inflammation of the joints (arthritis)

Damage to the nerve cells in the brain that produce diseases such as Parkinson’s or Alzheimer’s.

Some cancers are caused by damage to cell DNA.

In the 1990s, antioxidants came to the attention of scientists when they discovered that free radical damage was effective in the early stages of atherosclerosis, cancer, vision loss, and other chronic diseases. Some studies have shown that people who consume fewer fruits and vegetables rich in antioxidants are more at risk for these chronic diseases than people who get the right amount of these substances. Therefore, clinical trials have investigated the effect of single supplements, especially beta-carotene and vitamin E, on chronic diseases.

Before the results of these experiments became available, the media and the food and supplement industry began to promote the benefits of antioxidants. Thus, frozen berries, green tea, and other foods rich in antioxidants appeared on store shelves. Supplement makers also resumed broadcasting the anti-inflammatory properties of various antioxidants.

Although the results of the study were different, most of them did not find the expected benefits. For example, most research teams report that vitamin E and other antioxidant supplements do not prevent heart disease or cancer. One study even found that taking beta-carotene supplements increased the risk of lung cancer in smokers. In contrast, some experiments have reported the benefits of using antioxidants. For example, researchers found that taking beta-carotene supplements was associated with a moderate reduction in cognitive impairment and dementia after eighteen years of follow-up.

These somewhat disappointing results did not deter food companies and supplement retailers from promoting their products. Antioxidants are still added to breakfast cereals, energy drinks, and other processed foods as additives that can prevent heart disease, cancer, cataracts, memory loss, and other conditions.

Antioxidants, minerals, fiber, and other substances found naturally in fruits, vegetables, and whole grains prevent various chronic diseases. But it is not the case that high doses of antioxidant supplements can have the same benefit.

One possible reason why many studies on antioxidant supplements do not show their health benefits is that antioxidants work best in combination with other nutrients and chemicals and even other antioxidants. For example, a cup of fresh strawberries contains about 80 mg of vitamin C.

Differences in the amount and type of antioxidants in foods compared to supplements may make a difference in their effectiveness. For example, studies show that eating more fruits, vegetables, and legumes rich in antioxidants reduces the risk of chronic diseases associated with oxidative stress, such as cardiovascular disease, cancer, and death. Thus, a plant-based diet is believed to protect against chronic diseases associated with oxidative stress. But it is not yet clear whether this protective effect is due solely to the presence of antioxidants or to other substances in foods or a combination of both. 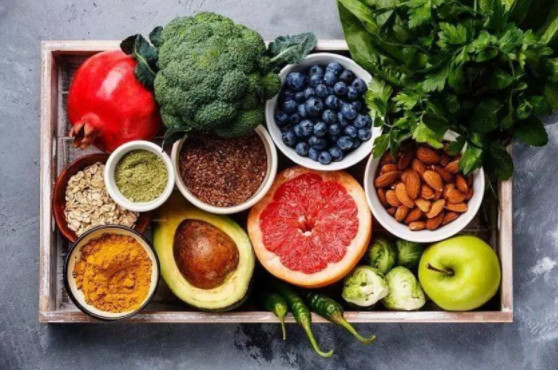 What are the sources of antioxidants?

There are hundreds and possibly thousands of substances that can act as antioxidants. Each of these substances plays its role and can interact with other substances to function effectively in the body. Antioxidants are not a substance. Rather, it is a term more about the function of a wide range of materials. Vitamin A, Vitamin C, Vitamin E, Beta-carotene, lycopene, lutein, selenium, manganese, and zeaxanthin are examples of antioxidants outside the body.

Flavonoids, catechins, polyphenols, and phytoestrogens are the types of antioxidants and plant nutrients found in plant foods. Each antioxidant has a different function and can not be replaced by another substance. For this reason, people need to have a varied diet.

Plant foods, especially fruits and vegetables, are the best sources of antioxidants. To get some specific antioxidants, try to include the following in your diet:

Beta-carotene: brightly colored fruits and vegetables such as carrots, peas, spinach, and mango

Lycopene: Pink and red fruits and vegetables, including tomatoes and watermelons

It is good to know that cooking some foods can increase or decrease their antioxidant content. For example, lycopene is an antioxidant that causes redness in tomatoes. As tomatoes heat up, lycopene becomes more bioavailable. As a result, it is easier for the body to digest and use. However, studies have shown that kale, peas, and zucchini lose their antioxidant activity in the cooking process. Remember to include both antioxidant-rich foods, both cooked and raw, in your daily diet.

Foods are the best source of antioxidants in the diet, and there are no problems with the safety of antioxidants from food sources. However, unlike foods, antioxidant supplements can be dangerous, some of which include:

High-dose vitamin E supplements are associated with an increased risk of stroke and prostate cancer.

Antioxidant supplements may interact with some medications.

Vitamin E supplements may increase the risk of bleeding in people taking blood thinners (such as anticoagulants).

Some studies have shown that the use of antioxidant supplements in the treatment of cancer may be harmful.

In addition to the possible side effects and increased risk of disease and drug interactions. Researchers have suggested several reasons for this, some of which include:

The beneficial effects of antioxidants on diets containing vegetables and fruits or other foods rich in antioxidants may be caused by other substances in the same foods and other dietary or lifestyle factors.

Differences in the chemical composition of antioxidants and dietary antioxidant supplements may alter their effects. For example, there are eight chemical forms of vitamin E in foods. But vitamin E supplements usually contain only one of these forms.

The relationship between free radicals and health may be more complex than previously thought. In fact, in some cases, free radicals may be useful and undesirable to eliminate. 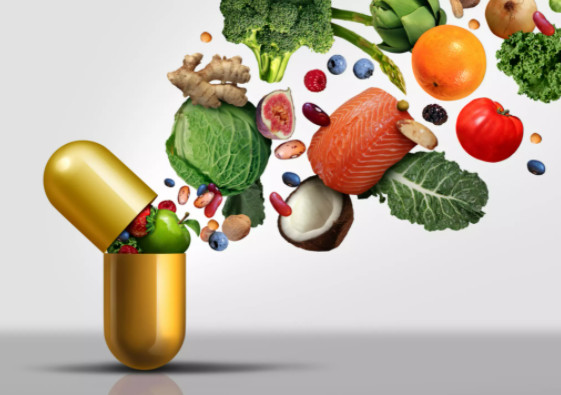 What is the most antioxidant?

ORAC (Radical Oxygen Absorption Capacity) is a method of measuring the antioxidant capacity of various foods and supplements. Because intracranial measurement (ORAC) is not possible, the exact relationship between ORAC amount in food or antioxidant supplement and no effective health outcome has been established. However, many scientists believe that foods with a larger ORAC scale may be more effective in neutralizing free radicals.

According to the free radical theory of aging, foods with the right amount of ORAC may slow down the oxidative process and damage free radicals, which may play a role in the degradation and age-related diseases. While there is no official figure for the daily consumption of ORAC units, various researchers suggest that the optimal consumption should be between 3,000 and 5,000 ORAC units per day. The USDA also recommends consuming 5,000 ORAC units per day.

Antioxidant for the skin

Oxidative stress breaks down collagen and prevents the natural healing process of the skin, preventing inflammation. These effects are seen in fine lines, wrinkles, sagging skin, pimples, and blemishes on the skin. Antioxidants by preventing free radicals can help prevent and correct these visible symptoms and make the skin look fresh and young.

Inflammation disrupts the skin’s regeneration process. By reducing inflammation, antioxidants allow the skin to repair itself and repair damage. In addition, some antioxidants, such as vitamin C, can stimulate collagen production.

An enzyme that stimulates melanin production. Free radicals and frequent exposure to the sun can alter melanin production in the skin, causing dark spots and uneven skin color. Antioxidants can prevent abnormal skin pigmentation by reducing light images (damage caused by prolonged exposure to light rays). In addition, some antioxidants, such as vitamin C, are used to inhibit tyrosinase.

The best antioxidants for the skin

There are many types of antioxidants, some of which are stronger than others. For example, vitamins used in topical skincare products can protect cells from UV rays, pollution, and other environmental factors. Vitamin C, Vitamin B3, Resveratrol, Vitamin E, Vitamin A, Coenzyme Q10, and polyphenols are among these antioxidants.

This is one of the antioxidants studied. As a free radical scavenger, this vitamin has many benefits for the skin, including boosting collagen production and removing dark spots on the skin.

It is a powerful antioxidant that improves the texture and color of the skin. In addition, this vitamin reduces fine lines, wrinkles, and dark spots on the skin and has anti-inflammatory properties. Thanks to its ability to improve inflammation, vitamin B3 can relieve and improve acne, repair the skin’s protective barrier, and help fight redness.

Vitamin E is often found in moisturizers, creams, and lotions made to treat dry skin and products made to reduce stretch marks. This antioxidant is known to accelerate the healing process of the skin. Vitamin E also helps stabilize other antioxidants and improve their effectiveness. Therefore, it can often be combined with vitamin C.

Due to its small molecular structure, this antioxidant can penetrate enough into the skin and effectively stimulate collagen production and cause cell renewal and repair. Retinol and retinoids, like tretinoin, effectively smoothing out fine lines, wrinkles, improving skin tone and discoloration.

With age, coenzyme A (Co Q10) slowly decreases in the body, exposing the skin to aging. Research shows that increasing topical use of this antioxidant helps fight free radical damage and keeps skin cells healthy. The skin easily absorbs this nutrient and helps stimulate collagen production, thereby improving the elasticity and healing properties of the skin.

Polyphenols are found in fruits, vegetables, green or black tea, and other plants. These compounds have anti-inflammatory, immune system modulating, and antioxidant properties to prevent UV damage to the skin. In addition, studies have shown that topical application of polyphenol-rich substances helps to improve the skin’s natural defenses against oxidative stress and prevent the signs of aging.

Side effects of high consumption of antioxidants

You may be wondering if free radicals are dangerous and cause aging and disease, and antioxidants can neutralize them. Unfortunately, this is not the case. So is it better to get more antioxidants?

High levels of antioxidants and low oxidative stress have positive effects on health. But not all antioxidants are the same. As it turns out, just like any other substance, high consumption of antioxidants is not recommended and can have side effects. These chemicals are possible in high concentrations:

They act as Lipid peroxidation and increase the oxidation process.

Just like healthy cells, they protect against dangerous cells such as cancer cells.

Reduce the health benefits of exercise.

They have unwanted side effects such as nausea and headaches, or they may even reach toxic levels in the body.

Remember that there is usually no magic pill to reach the body. The same is true of antioxidants. However, a healthy diet can provide all the antioxidants needed to fight free radical damage.