You have probably consumed cow’s milk most of the time, but have you ever heard how useful camel’s milk is? Did you know that camel milk cures diseases that cow’s milk cannot cure? This milk has a higher nutritional value than cow and sheep milk. Due to the extraordinary properties of this milk, it can be used to treat many diseases such as liver disorders, diabetes, etc. 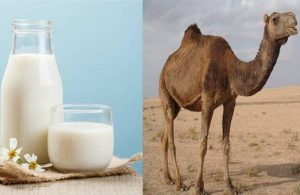 This milk is generally higher in vitamin B3, iron, and vitamin C than cow’s milk and has less lactose, so people with lactose intolerance often do not digest camel’s milk.

This milk has more properties than other milk, such as cow and buffalo milk.

It is like human milk, and this property makes it easy to digest and consume, which makes it nutritious and better than cow’s milk.

There are fundamental differences between them, the most important of which are as follows:

Rich in vitamins A, B2, and protein.

It has unsaturated fatty acids and essential B vitamins and less cholesterol than cow’s milk.

The protein and casein structure of this milk are different from that of cow’s milk.

This milk has more effective antibiotic and antiviral properties.

Camel milk does not crystallize easily and is easier to digest.

Properties and benefits of camel milk for health and beauty:

Studies show that this milk has many medicinal factors. The lactoferrin protein in this milk, which is ten times more than cow’s milk, has antibacterial and antiviral properties and can fight diseases such as cancer, Alzheimer’s, hepatitis C, tuberculosis, stomach ulcers, diabetes, and AIDS. Because camels feed-in deserts, desert areas and away from pollutants and unnatural substances, it is easy to say that the products of this animal are all organic, and it is interesting to know that due to the high properties of this milk, some Scientists have chosen the name “White Desert Gold” for it.

The taste of milk is sweet like other animals, but depending on the type of plants used in some areas, it is slightly sharp or prone to salt. Due to the low-fat content of this milk compared to cow’s and sheep’s milk, in addition to improving diabetes, blood control can be considered the best option for people who are allergic to cow’s milk and regular consumption of camel’s milk. Pressure, clogged arteries, and osteoporosis, It is effective in treating many incurable diseases. Now that we understand the nutrients and benefits of this milk compared to cow’s milk, let’s take a look at the health benefits of camel milk: 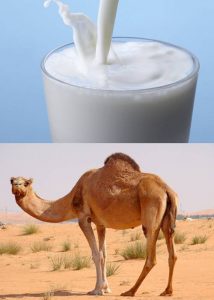 Camel milk is useful for children with allergies.

This milk is a good home remedy for children who are allergic to food, mild or severe. The scientists studied a group of eight children, all of whom were highly allergic to milk. All overcame allergies easily and without any side effects through a diet containing camel’s milk. This is due to immunoglobulin, which fights the disease and helps reduce allergies and symptoms.

Control the symptoms of autism

This milk is rich in antioxidants, making it a good prescription for free radical scavenging, helping to treat pain such as pigment accumulation and cancer cells. This property ensures that camel milk copes with oxidative stress. This property also helps camel milk to control or reduce the symptoms of cancer.

Camel milk is an effective anti-inflammatory substance that is almost useful for treating inflammatory diseases such as cough and bronchitis and improves arthritis and rheumatism.

This milk is a powerful antibacterial and antiviral agent that cleanses the body of tuberculosis bacteria.

This milk is an effective anti-diabetic substance and has many factors related to its ability to control and prevent diabetes. It contains an insulin-like protein that reduces the effects of diabetes. The insulin in camel’s milk facilitates the absorption of nutrients from the blood. 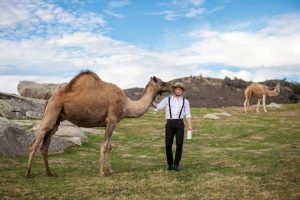 We all know that camel milk is four times more vitamin C than other milk. This milk is rich in iron, folate, and other nutrients, which means that it does not need preservatives and has a longer shelf life, and can be used for up to 3 weeks.

Camel milk is good for controlling diabetes because of the type of insulin it contains. It is low in fat, which means you do not gain weight unintentionally or your blood cholesterol level rises. Camel milk is rich in nutrients, minerals, and insulin, which regulates blood sugar insulin. People with autism or people who do not want to have too much fat in their diet can use this milk.

Camel milk for diseases of the stomach and gastrointestinal tract

This milk is used as a fermented product to treat stomach ulcers, body disorders, diarrhea, constipation, ulcers, and even increase ovarian fertility. 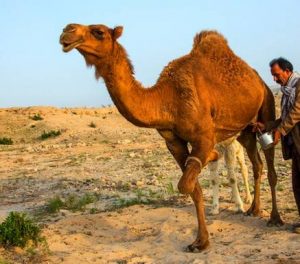 Consumption of camel milk strengthens the eyes, and sometimes traditional medicine experts recommend putting this milk in the eyes.

Camel milk is useful for hemorrhoids and enhances sexual power

In short, in addition to all the above, this milk is useful for diseases of the spleen, hemorrhoids, urine, and menstruation, as well as enhancing sexual potency.