Some women ‘s bodies work like clockwork, meaning they menstruate regularly every month, which is great. Normally, a woman’s menstrual cycle is 28 days, meaning that they menstruate every month, 28 days apart from the previous month. Of course, this number varies slightly from person to person, and the distance between courses may not be the same for everyone. It can be said that the period of menstruation in some women is irregular when the menstrual cycle is more than 35 days or less than 21 days or occurs at indefinite intervals, in which case irregular menstruation should be followed, and the reasons should be found. This article will read about the symptoms, causes, complications, and treatment of irregular periods.

What is an irregular period?

Menstruation is part of a woman’s menstrual cycle. During menstruation, the wall of the uterus, called the endometrium, is removed, and this monthly cleansing of the uterine wall is accompanied by bleeding from the uterus and its exit from the vagina. Menstruation begins around puberty, around the age of 10 to 16, and continues until menopause, when women reach 45 to 55.

Irregular periods, also called oligomenorrhea, occur for a variety of reasons. For example, changes in birth control methods, hormonal imbalances, hormonal changes near menopause, and strenuous exercise are some of the reasons for this.

It is unnecessary to treat irregular periods during puberty or near menopause, but you should talk to your doctor if this has happened during the reproductive years. 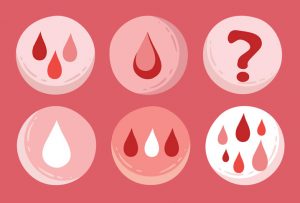 What are the symptoms of an irregular period?

The menstrual cycle is 28 days, but depending on the body and condition of each person, this number can be from 21 to 35. On average, every woman menstruates 11 to 13 times a year, and the number of bleeding days is about five days. But, of course, this number can also change from 2 days to 7 days.

Usually, after puberty, the menstrual cycle is regular in most women, and the number of menstrual days reaches a certain month. However, the amount of bleeding and the interval between each period in some women varies from month to month, and this period is called an irregular period.

The first sign of an irregular period is a change in the interval between two 35-day periods, which means that if your menstrual interval is more than 35 days from the previous month, you should be a little more sensitive to it. Menstrual cramps are another sign to follow. A change in bleeding or the presence of blood clots more than 2.5 cm in diameter can also be a sign of an irregular period.

What are the causes of irregular periods?

There are several reasons for irregular periods; production and hormonal changes are the most common reasons. Estrogen and progesterone are two hormones that affect menstrual changes, and in fact, these two hormones control the menstrual cycle.

What are the effects of hormones on menstruation?

Life cycle changes affect the body’s hormonal balance, including puberty, menopause, pregnancy, childbirth, and breastfeeding. For example, during puberty, the body undergoes many changes, and it may take years for estrogen and progesterone levels to balance irregular menstruation is common.

Before menopause, women usually have irregular periods and may bleed each time differently. Menopause occurs about 12 months after the last menstrual period, and after menopause, menstruation no longer occurs.

Menstruation also stops during pregnancy, and most women do not menstruate until they are breastfeeding. Contraceptive methods can cause irregular bleeding. For example, intrauterine devices such as IUDs can cause severe bleeding. Birth control pills also cause spotting (light bleeding between periods).

When birth control pills are used for the first time, menstruation is associated with light bleeding that lasts less than usual and usually goes away after a few months.

What are the other reasons for irregular periods?

What are the complications and consequences of an irregular period?

Irregular periods are sometimes a sign of a physical problem, meaning they warn you that your health is at risk and, in some cases, can cause deeper problems, such as infertility. 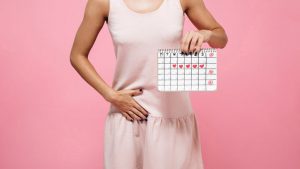 Polycystic ovary syndrome (PCOS) is one of the problems associated with irregular menstruation. People with it have small sacs full of fluid called cysts in their ovaries.

Levels of male sex hormones such as androgens or testosterone are abnormally high in women with polycystic ovary syndrome. According to the US Department of Health and Human Services, the syndrome affects 10 to 20 percent of women of childbearing age, or about 5 million American women, and even affects 11-year-old teenage girls.

Cell growth in endometriosis is not carcinogenic and may not even have any symptoms, but it may cause pain and other problems in the body. , Cause severe pain, irregular menstruation, and infertility.

Pelvic inflammatory disease (PID) is an infection of the female reproductive system. This disease is one of the most common complications of sexually transmitted diseases (except AIDS). If the disease is diagnosed quickly, it can be treated with antibiotics, but if it spreads throughout the body, it can damage the fallopian tubes and cause chronic and long-term pain. Symptoms of pelvic inflammatory disease are many, such as bleeding after intercourse and between periods.

Thyroid disorders can also cause irregular periods. This is because the thyroid gland secretes a hormone that affects the body’s metabolism.

Cancer of the uterus or cervix can rarely cause bleeding between periods or during sex.

What are the home remedies for menstrual irregularities?

A healthy lifestyle largely avoids the risk of irregular periods. For example:

Regular exercise can help you maintain a balanced weight and reduce stress.

Some herbs, such as raspberries, licorice root, and turmeric, help treat irregular periods. However, no scientific research has confirmed the effect of these plants, and even their consumption may have negative effects, so you should consult your doctor before using herbal medicines.

What is the treatment for irregular periods?

Treatment for irregular periods depends on:

Puberty and Menopause: Irregular menstruation during puberty or approaching menopause usually does not require treatment.

Contraception: If bleeding is abnormal due to contraception and persists for several months, you should talk to your doctor about using other methods of contraception.

Polycystic Ovary Syndrome and Obesity: If a person has both of these problems, weight loss can help regulate menstruation, and the lower the weight, the less insulin the body needs, resulting in less testosterone being produced in the body. The likelihood of ovulation increases.

Thyroid problems: Treatment of thyroid problems requires treatments such as medication, radioactive iodine therapy, or surgery, and in any case, you should see a doctor treat your thyroid.

Stress or eating disorders: The cause of irregular periods In case of stress and mental problems, sudden weight loss, or eating disorders, there is a need for psychotherapy. For example, relaxation techniques, stress management, and counseling with a psychologist can help. 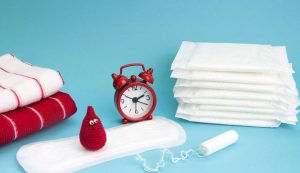 Doctors may prescribe metformin tablets to treat menstrual irregularities. Metformin is an oral drug used to lower insulin in patients with type 2 diabetes. This pill can help regulate menstruation and ovulation.

A small amount of birth control pill that contains a combination of estrogen and progesterone can also be helpful. These pills can reduce androgen production and regulate abnormal bleeding. Another solution is to use progesterone for 10 to 14 days a month. It can also restore order to your menstrual cycle, and in any case, do not use any medication without a doctor’s prescription.

What is the relationship between irregular menstruation and pregnancy?

Irregular periods can be a sign of fertility problems, but this is not always the case, and ovulation can also occur during bleeding, follow the process of ovulation, the following can be considered:

Mark your course date on the calendar and find the template.

Examine the condition of the cervical mucosa, and as ovulation approaches, the lining of the uterus becomes larger and more dense, slippery, and transparent.

Measure your body temperature every day, and if you have a fever, it means you are probably close to ovulating.