Breast milk is the best milk for newborns and should be given to infants for at least four months, preferably in the first six months of life. In some cases, the mother is sick, and the baby should not be breastfed because it has serious problems and complications. At this time, the baby must use the appropriate formula. 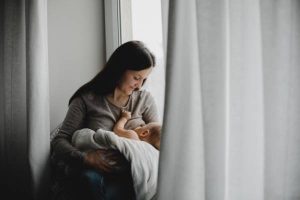 The mother has AIDS

If the mother has AIDS, it is recommended that she not breastfeed her child and use appropriate milk.

Here are some important tips for mothers with AIDS who want their baby to breastfeed:

If there is an injury, bleeding from the nipple, a gap, or an abscess in the breast, you should monitor the health of the breast and do not breastfeed your baby.

It is best to put breast milk in boiling water to reduce HIV viruses, but you should not boil breast milk to reduce the amount of virus.

A mother who has serious neurological and psychological problems

A mother with delusional disorders may harm her child and think about killing her child, so the care of the baby should be left to someone else. 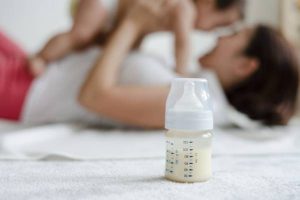 If a mother has TB, she should stop breastfeeding her baby and not breastfeed for two weeks after starting treatment, after which the mother can breastfeed her baby without worry.

If the mother has Chickenpox, contact with the baby can cause the baby to get the disease, so a baby born to a mother with Chickenpox should get the antidote as soon as possible.

If a mother has skin lesions caused by the herpes virus on her breast, she should stop breastfeeding her baby.

If a mother is receiving chemotherapy for various diseases, she should not breastfeed her baby.

Use of radiation drugs

For example, when a mother uses radiation to scan her thyroid, kidneys, and nucleus, she should not breastfeed her baby until the radiation leaves the body.

If the baby suffers from some rare diseases such as galactosemia, tyrosinemia, phenylketonuria, maple syrup urine, breast milk, and some of its ingredients are toxic to the baby and cause seizures, liver disease and the baby should take medication. Follow diet powders during infancy and special diets after weaning.

A mother with swine flu can express her milk and give it to another baby who is not sick. Breast-feeding is not contraindicated if the mother is being treated with antiviral drugs. Mothers who take medication to prevent the flu should continue breastfeeding until they have no flu symptoms (fever, cough, and sore throat). 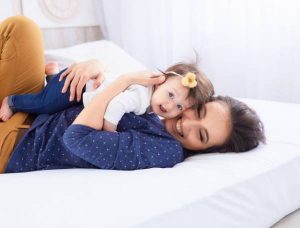 In the past, if a mother took medication while breastfeeding, she should have avoided breastfeeding her baby. Still, research has shown that medications are secreted in small amounts in breast milk, and there is no need for the mother to wean her baby.

Some medications, such as combination birth control pills (OCPs), bromocriptine, and cimetidine, reduce breast milk, so they should not be used during breastfeeding.

If the mother has a postpartum urinary tract infection, breastfeeding is safe.

If a mother smokes while breastfeeding her baby, she should quit smoking first, but if it is not possible to quit smoking, it is better not to cause side effects if she does not quit. Feed your baby, and there is no need to stop breastfeeding.

In cases where breast milk has a protective role for the baby:

In some cases and some diseases, breast milk plays a protective role for the infant. These diseases include: