When obesity and overweight are on the rise due to the wrong lifestyle and low activity in society, people are worried about becoming obese, and weight loss has led to the consumption of diet bread. Diet bread is rich in fiber and bran, and its salt and sugar are controlled and very good for your health. If you want to lose weight and get healthier, include diet bread in your diet.

Wholemeal bread is made from whole wheat flour and contains minerals and B vitamins, and is very useful in treating gastrointestinal diseases and reducing the risk of colon cancer.

Wholemeal bread for soup is also a very crunchy and dry bread that you can eat with appetizers like simple and light soups and reduce your appetite and get full sooner. 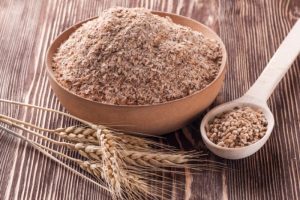 Barley bread is one of the types of diet bread that you are not satisfied with eating enough. Just keep in mind that this bread has higher calories than other regular barley bread. So if you are overweight, do not go for this bread. Some bakers add various ingredients to barley flour to make it more palatable, so you can not count on 100% low-calorie diet bread. Types of barley bread are:

Walnut campaign bread is made from whole wheat flour and contains wheat bran, rye flour, and malt and is very suitable for breakfast. Inside the walnut campaign bread, there are small pieces of walnut that increase the energy of this bread.

Ekmek bread is in the category of diet bread and is originally Turkish and is very suitable for people with heart diseases and high blood pressure due to baking with the least oil and salt. 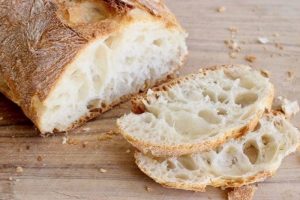 Like sesame baguette bread, this bread is made from wheat flour, semi-prepared omega-3 powder, sourdough, improver, salt, and water. Despite its omega-3 fatty acids, it is good for cardiovascular health.

This diet bread has an aromatic aroma and pleasant taste and has garlic powder and other vegetables such as coriander and dill. There are pieces of olives inside and outside this bread. This bread can be served with balsamic vinegar, olive oil, and other foods. 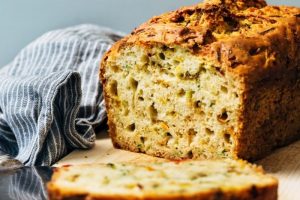 Ciabatta Bread is a large white bread made with olive oil and can make a variety of sandwiches.

Paprika bread is one of the best bread you eat with soup, and it is flavored with sweet red pepper powder.

Caucasian bread is a group of flavored bread made from whole wheat flour that helps digest food better in the digestive tract. This bread has its roots in Russia and contains fenugreek and black beans.

Vegetable breadcrumbs have a lot of vegetables, and their color is almost green. This bread has a good shelf life due to its dryness and can be eaten with soup and stew or alone. 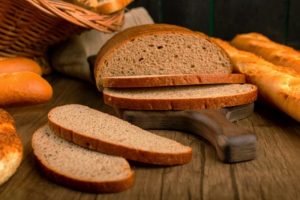 Calories of the types of bread we eat daily:

Baguette bread is made from bran-free buckwheat flour, and there is about 75 kcal of energy in each 30-gram slice of baguette bread.

Toast is made from wheat flour and rye flour, and a medium-sized slice of toast has 80 kcal of energy.

Barley bread is made from barley flour, and each palm of barley bread has about 80-75 kcal of energy.