There are between six and 37 types of sugarcane, and they come in the form of thin, fibrous, intertwined sticks between two and six meters long.

The following steps can be followed to extract sugar from sugarcane:

The sugarcane is milled.
Heat the water after straining it.
Raw sugar is obtained after a series of steps that help crystallize the sugar.
Centrifuges are used to remove any remaining liquid or moisture from crystallized sugar.
Electric machines can be used to harvest sugarcane. Nevertheless, he sets fire to the ground before harvesting begins, which spreads quickly and burns the leaves. However, it does not harm the watery stems. 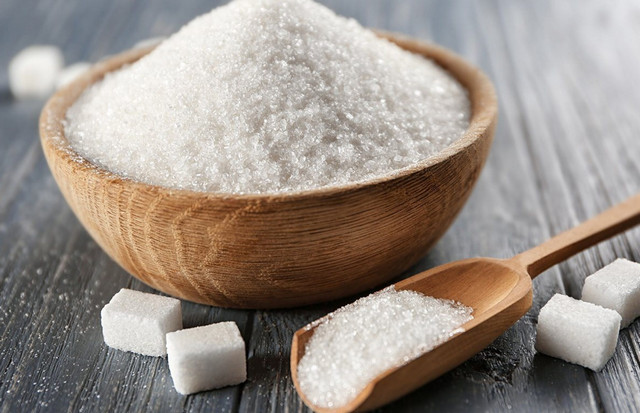 One of the root crops with high sugar content, sugar beet is planted in early spring and harvested in late autumn and early winter. In temperate climates, the crop grows once every two years.

Slice the beets thinly after washing inside the plant.
Beetroot slices are placed inside a large tank called a diffuser, which helps extract the raw water.
As the juice passes through the strainer, the impurities are removed and it becomes syrup.
Beetroot syrup crystallizes into sugar.
In order to remove the remaining drops of syrup inside the sugar crystals, the sugar is centrifuged.
Sugar beet contains much more sugar than mature sugarcane, but its yield is much lower than that of sugarcane in the same area.

A type of sugar, fructose, can be extracted locally and on a small scale from dates, and dates are a healthy alternative to white sugar because they contain antioxidants and fiber.

These are the countries that produce the most sugar

During 2019-2020, Brazil produced approximately 29.93 million tons of sugar, and it will increase its production by over 40%, reaching over 42 million tons during the year.

With 28.9 million tons of sugar produced, India accounts for 17% of the world’s sugar production, and is expecting to increase production by 17% next year.

Currently, the EU produces 17.25 million tons of sugar, is the world’s largest producer of beet sugar, which is produced in Northern Europe, and covers 20% of the world’s sugar production.

In the same period, China produced 10.2 million tons of sugar, one of the largest producers in the world. However, sugar production costs are high, making it difficult to compete with other producers.

In Thailand, sugarcane is one of the most important agricultural products, and the country produces 8.25 million tons of sugar each year. However, due to drought, Thailand’s sugar production is expected to decrease to 7.9 million tons, and domestic sugar consumption is expected to increase. Exports will be reduced as a result.

Processes and stages of sugar production:

Since the beginning of the 18th century, sugar production has been a modern process, and this industry has been greatly developed by advances in technology, allowing large quantities to be produced at a low cost. The production process is inexpensive, does not pollute the environment, and uses materials from the animal feed industry refining process, molasses, white vinegar, and manure.

Sampling and analysis are used to ensure the quality of the refined product.

To obtain sucrose-rich fibrous material, the product is washed, cut, and dissected.

Pulp obtained from the sugarcane mill is crushed twice in a series of mills consisting of three rollers arranged in a triangular pattern.

Sugar syrup is dispersed in water using the diffusion property and remains as a semidry fibrous material that can be used as animal feed, in the paper industry, or as fuel.

After rubbing the sap with heat and adding lime to remove impurities and mud, the sap is separated.

Sap is filtered under reduced pressure, recycled, and the resulting slurry is used as fertilizer.

This mixture is put in a centrifuge to separate the sugar crystals, and the liquid around the crystals is removed and boiled again.

Serum is produced from the liquid produced by centrifugation.

After being obtained, the sugar is dried by air flow and packed into special containers.