We hear a lot of news about hacking these days; what does hacking mean? Why do hackers attack our computers and systems? Who are the hackers? Is hacking just illegal and harmful or valuable? How to protect your tools against hacker attacks? In this article, we will answer these questions.

What is a hack? What does hacking mean?

The word hack is older than its modern meaning. The word has been used in the past to mean cutting. Therefore, it is not surprising that the term is used to describe what we now call hacking.

Hacking in today’s world means trying to identify vulnerabilities and use them to gain unauthorized access to computers and accounts of individuals or entities in computer networks to steal data, manipulate it, and any unauthorized (or illegal) use.

Of course, hacking is not always illegal and is sometimes done with the consent of the owner of the computer or network to identify its weaknesses. However, it is often used to refer to illegal activities in cyberspace. 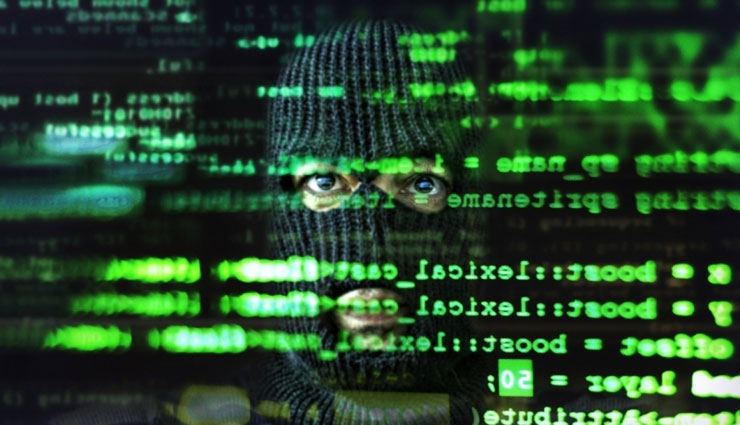 The term hacking first came into being in the 1970s, when several students at the Massachusetts Institute of Technology (M.I.T.) spontaneously attacked Railroad computers. Of course, they did not intend to harm anyone, and their only goal was to show the skill and security of the company’s computers.

In 1980, the journal Psychology of the Day used the word hack in the title of an article written about the addictive nature of computers. Two years later, Theron’s best-selling movies and war games revealed the dangers of being hacked. This is the first time people are familiar with this hack.

With the spread of the Internet in the 1990s and computers in the United States and then worldwide, hacking and hacking also spread. The number of hacks increased, and the form and hacking methods evolved.

In general, the motivation of hackers to hack computers and computer networks can be summarized in 5 cases:

Spying on companies can be done for various motives.

Attract advertising and other hackers;

Hacking at the behest of governments to attack infrastructure or steal other sensitive government data;

They are hacking sensitive government systems and publishing their data to raise public awareness and show opposition to a government.

There are hackers who legally and with the coordination and order of companies or government agencies try to infiltrate the system of these companies and institutions. The purpose of this work is to identify the weaknesses of the systems.

Unlike the first category, these hackers illegally hack the computers of companies, public institutions, or even individuals. These are the ones that often have one or more of the motivations mentioned in the previous section.

These hackers have a place between the last two groups. They infiltrate computer systems to reveal their weaknesses, but their work is not coordinated and customized. Perhaps it can be said that their motive is not exactly clear. Maybe they do it for fun or to prove their worth.

A hacker is someone who intends to send a political or social message by hacking into corporate or government systems and publishing their data. These hackers have defined a political and social goal for themselves. Examples include Julian Assange, the founder of the whistleblower website WikiLeaks.

How do hackers hack?

As mentioned in the previous sections, the advent of the Internet in the 1990s led to the quantitative and qualitative expansion of hacking. Today, hackers use a variety of methods to hack computers and networks. Examining how to do these methods is specialized, but hearing their names is helpful for non-specialist audiences to become familiar with some of these methods:

Phishing Attacks: In this method, the hacker sends the infected file or email to the user to open that file or link. The hacker can access a person’s network or account by opening them. This is similar to what fishers do with bait and fishing hooks, so the pronunciation of the word phishing in English is similar to the phrase fishing in this language.

DoS and DDoS attacks: In this method, hackers send many requests to a system or website to cause saturation and failure.

Which tool is most at risk of being hacked?

With the spread of the Internet in today’s world and even the connection of objects to the Internet, it must be said that almost every device that connects to this network is exposed to hacking. However, some of the tools we use daily are more at risk than others. These tools include:

These devices, which we spend hours on and contain large amounts of personal and non-personal data, are among the most critical targets of hackers. Android smartphones, meanwhile, are more vulnerable than Apple phones because they use more open-source, non-proprietary software.

Many people use cell phones, laptop cameras, or dedicated webcams to attend conferences, classes, workshops, and video conferencing daily. These tools can also be hacked and exploited by black hat hackers.

A router is a path from which one computer connects to another, and a network is created. The router can be a blood vessel or neural network that connects different organs. Hackers can hack a router to track and obtain any data exchanged between two terminals. Hackers can also use routers to carry out large-scale attacks on large networks, a router to infiltrate a virus or malware into the entire network.

It may also bother you by receiving spam in your email account. Email is one of the most common types of cyberattacks. Hackers get spam by hacking the email addresses of people who attack key service providers or leak information. This spam often contains infected links that the user clicks on. On the other hand, knowing the address of a particular user, such as the head of a company or an employee of an intelligence organization, allows hackers to organize more complex attacks.

How to prevent hacking?

With the development of hacking, methods of dealing with hacking have evolved. This section will show you simple and practical ways to prevent or reduce the risk of being hacked.

Hackers are constantly looking for holes and unknown vulnerabilities in the software to carry out attacks. Experts from various companies, such as hackers, identify these holes and provide update packages to fix them. You need to constantly update the software installed on your computer or mobile phone. This significantly reduces the risk of being hacked.

Poor or duplicate passwords used on your various accounts provide a good opportunity for hackers to target you. Never use the same passwords on multiple accounts. Create a solid and unique password for each account. If you are worried about forgetting all these passwords, you can create a reminder for each one. On the other hand, today, passwords are stored on servers of service networks such as Google with acceptable security, and you no longer need to enter them every time. Just be aware that if the news of the attack on these bases is published one day, you will change your password. Dummy websites are one of the hacking methods.

Pay attention to these symbols when visiting websites. These are signs of the credibility and security of the website.

Fake websites designed like banking payment gateways are one way to steal your information. When entering a banking gateway or any website that asks you to type something, look at the toolbar at the top of your browser to see the phrase (HTTPS). This phrase, displayed in green in some locked browsers, indicates that the website is secure and valid.

Advertising on websites is another way of harassing people. After clicking on these invalid links, the person will be taken to a page loaded with the malware for download. Do not click on the links unless you are sure of the sender. Website advertising should only be trusted if you are confident in the accuracy of the website and the commitment of its operators. Unfortunately, some websites accept any ads, even from anonymous sources.

Download the software and tools you need only from reputable sources. Downloading from anonymous sources puts you at risk for abuse or manipulation.

One of the best tools to deal with hacking and other cyber threats is to use antivirus software. Of course, having an antivirus is not guaranteed not to be hacked, but it dramatically reduces the risk of attacks. These software act as a security package today, and in addition to protecting your computer against viruses and malware, they also prevent common hacker attacks on the Internet and network.