Phobia is one of the mental problems that have a profound effect on his personal and social relationships. In this article, we will introduce the types of phobias.

Fear keeps us safe, and phobias have little to do with danger. Many people have concerns, such as an irrational fear of dealing with a particular situation, activity, or physical object.

A person with panic disorder may know that their fears and anxieties are unjustifiable, but they can do nothing about it. Some fears are so severe that they can paralyze a person. In the following, you will see what scares people. 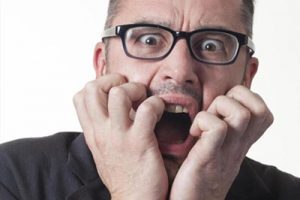 Thousands of different phobias, including phobias, have been identified. But when it comes to fear, which is an anxiety disorder, experts divide it into three parts.

Fear of crowded places, extreme anxiety in crowded areas that are difficult to escape.

The agora was a market and meeting place in ancient Greece. A person with agoraphobia is afraid of being in crowded places or places like bridges or bank lines.

The real fear is that if he is anxious, he cannot escape. Agora phobia affects women twice as much as men, and if left untreated, this fear can lead to homelessness.

A person with social phobia is not just shy, and such a person is very anxious about his performance in a social situation.

Is his work good for others? Do others notice his concern? When he wants to speak, are the words in place?

Because social phobia is not treated, the person usually avoids social situations, which can negatively impact relationships and work life.

Claustrophobia (Fear of cramped spaces): Looking for a way out of it

Claustrophobia is an abnormal fear of being in confined spaces and is a common type of specific fear. A person with claustrophobia cannot ride an elevator or cross a tunnel without experiencing severe anxiety.

Fear of suffocation or getting stuck makes a person avoid going too tight and closed places. Always be careful, such as opening a window or sitting near the exit door. These may make the situation tolerable for the person, but they cannot reduce the fear.

The most common type is panic or fear of animals. Zoophobia is a general term that includes fear of certain animals. For example, animals such as birds, spiders, snakes, bees, and so on. This type of phobia usually develops in childhood and may go away with age or continue into adulthood.

The Greek word Bronto means lightning. People with this panic may know that lightning does not harm them, but they prefer not to leave the house in the event of a lightning strike.

They may even take refuge behind a sofa or closet. The unusual fear of lightning together is called astraphobia.

Acrophobia is the excessive fear of heights that manifests itself in the form of extreme anxiety. This fear can attack a person climbing stairs or ladders, and sometimes the fear is so severe that the person can not move.

Acrophobia can cause dangerous conditions for the affected person. Anxiety attacks make it difficult for a person to sit comfortably on the floor.

Someone afraid of aerobics and flying، This fear of the body arises after the bitter experience of the air—for example, a strong vibration of the plane or seeing someone else’s fear on the plane.

Watching a video of a plane crash can cause severe anxiety and fear. Even after forgetting the incident, fear remains in the person. Magnetic sleep therapy is commonly used for this type of phobia.

A person may have all of these together and may have a phobia of blood or injections. This type of phobia is usually accompanied by fainting and lethargy.

Triskaidekaphobia, or transcendental fears, is all about the number 13. If thinking about ghosts makes you very anxious, you may have chemophobia.

Although vampires are not real, some people are afraid of bats, and this group of fears is called chiropractic fears.

Carbophobia or fear of carbohydrates

“Carbophobia,” or fear of consuming carbohydrates, is a new fear that has affected some people by changing their lifestyles. According to a psychologist, with the increase of different diets and transient and high social pressures for fitness, misconceptions have spread among people. Some carbohydrates are considered harmful to their wellness. They are afraid of consuming any carbohydrates.

Emetophobia: A bad feeling in the heart and intestines

Emetophobia is an abnormal fear of vomiting that usually occurs after an accident. For example, you may see someone vomiting outside, or you may be yourself.

Phobias from new to old

Someone afraid of anything new has neophobia. For fear of Pareto, you can find a place between these two people; these people are always fearful that their gas will be released in a public place.

People with toothless phobias avoid going to the dentist. Spargarophobic is also a person who is afraid of food containing asparagus!

The effect of fear on life

A phobia causes a person to change their normal lifestyle and constantly move away from what scares them. Of course, when these people try to hide their fear of others, their lives are also affected. Some people who suffer from phobias have problems with friends and family, and they fail at school or lose their jobs.

People who drink alcohol are ten times more likely to panic than people who do not. Also, people with phobias are twice as likely to become addicted to alcohol.

Phobias can also be influenced by culture and the stimulation of certain life events. Phobias are more prevalent among families, meaning that a person with a family history is more at risk than others.

Create new patterns in response to a situation that creates fear. Desensitization is the process by which a person with a phobia is slowly placed in a position similar to the one they are afraid of. Over time, the fear decreases, and the person gains self-confidence, and this is usually accompanied by speech therapy to help the person change their mindset.