Engineers plan to start building the world’s largest carbon capture plant by the end of December this year as the global temperature rises. The “Mammoth” power plant, which is being built in Texas, can absorb 36,000 tons of carbon dioxide annually.

Iceland launched the largest DAC plant in the world about a year ago. Known as Orca (meaning “energy” in Icelandic) this plant was built by the Swiss company Climeworks in partnership with Icelandic carbon storage company Carbfix. It can absorb about 4000 tons of carbon a year. (This amount of carbon is equivalent to the annual emission of 790 cars). 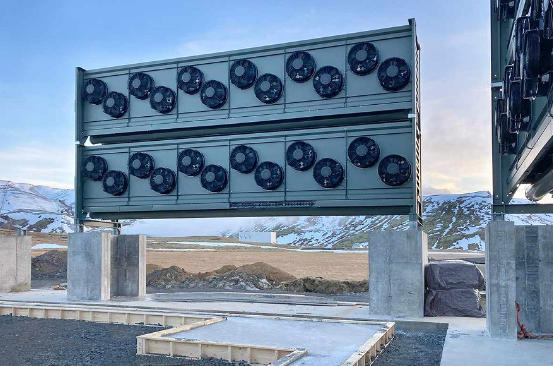 Climateworks is building a new facility that is ten times larger than Orca and can capture 36,000 tons of carbon annually. Unlike Orca, which has eight carbon capture containers, the new Mammoth plant will have 80 containers, and construction will begin in Texas this December. Approximately 18-24 months are needed to build this factory.

Today, 19 DAC power plants are in operation around the world, according to the International Energy Agency. Currently, they absorb 0.01 megatons (ten thousand tons) of carbon dioxide per year.

The engineers who built the DAC factories began their work by absorbing milligrams of carbon dioxide. This value was then upgraded to grams and kilograms. The new factories can absorb several tons or several thousand tons of carbon dioxide from the air. The development has taken place in only 13 years and is a masterpiece in its own right.

By 2050, these factories will remove 1 billion tons of carbon dioxide annually from the atmosphere. In the same year, greenhouse gas emissions in the world crossed the 36 billion ton mark. Given these figures, is it worthwhile to build factories like Mammoth, which absorb a tiny amount of carbon compared to the amount produced annually? Can the cost of construction and maintenance of these factories be spent on something else?