In June this year, China made great strides by prescribing more than 1 billion doses of its corona vaccine, most of which were made by Sinovac and Sinopharm. Also, hundreds of millions of doses of these vaccines have been distributed in more than eighty countries.

In early 2020, the Beijing Institute of Biological Products developed the BBIBP-CorV or Sinopharm vaccine using inactive Coronavirus technology. Clinical trials conducted by the state-owned company showed that the effectiveness of Sinopharm was 79%, and the export of vaccines to other countries began rapidly. On May 6, the World Health Organization (WHO) declared the effect of the Sinopharm vaccine 78% and approved its emergency use.

How does the Sinopharm vaccine work?

The Sinopharm vaccine is given intramuscularly and uses the inactivated Coronavirus to train the immune system. That is, it is made from laboratory-produced virus particles. Heat or chemicals, or radiation inactivate these particles. Therefore, vaccinated people cannot get Covid 19.

The passive virus is an old traditional method developed using many vaccines, including polio, hepatitis A, and the flu.

The Sinopharm vaccine contains proteins that stimulate the immune system to make antibodies. After vaccination, the immune system can respond to infection with the active virus, produce antibodies that bind to surface proteins, and prevent the Coronavirus from entering cells. 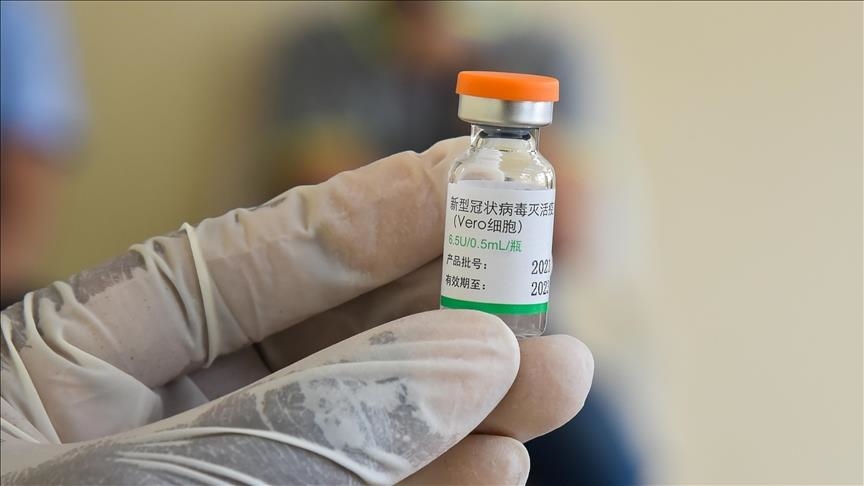 Is the Sinopharm vaccine safe?

Published data are not sufficient to support the Sinopharm vaccine. However, data from the first and second phase small trials, which involved approximately 600 people, were published in the October 2020 issue of The Lancet. The authors report that the vaccine is safe and that test participant are not particularly sensitive to it. The most common side effects in these trials were fever and pain at the injection site.

To validate the Sinopharm vaccine, the World Health Organization (WHO) reviewed safety data from three trials involving 16,671 people. According to these data, which are mostly related to men aged 18 to 59 years, the most common side effects of the Sinopharm vaccine are:

These side effects are often mild to moderate and are no different from other Covid 19 approved vaccines.

In addition to experimental data, vaccines are still monitored for infrequent side effects when approved and used in large populations. After receiving 1.1 million doses of the Sinopharm vaccine in China, only 79 people reported mild side effects, much less than the usual post-immunization side effects.

The World Health Organization has identified two serious side effects of the vaccine: severe nausea and a rare neurological disorder called acute diffuse inflammation of the brain. There was also a case of thrombosis (blood clot) in the vaccine group.

The World Health Organization (WHO) also considered post-authorization data in the information collected during vaccination in China. Of the 9.5 million people vaccinated in China as of December 30 last year, 1,453 reported side effects. This includes localized redness and swelling at the injection site. There were also 202 cases of fever, 86 of which were classified as severe.

Another severe side effect is called “vaccine aggravated disease.” This is an infrequent complication of other vaccines that use inactivated virus technology similar to Sinopharm. The exacerbated disease occurs when exposed to the virus and develops more severe symptoms than unvaccinated patients.

To date, there have been no reports of disease exacerbation due to the Sinopharm vaccine. However, the World Health Organization recommends safety monitoring to identify cases of the disease.

Safety in the elderly

Safety data from 1.1 million doses of Sinopharm vaccine given to the elderly (age 65 and older) in China are the most common side effects of dizziness, headache, fatigue, nausea, fever, vomiting, and allergic dermatitis. There are no reports of severe side effects for this age group. However, the World Health Organization notes that there is insufficient evidence to prove the safety of Sinopharm in the elderly.

How effective is the Sinopharm vaccine?

Bahrain says 90% of the Sinopharm vaccine is effective in preventing symptomatic infections. Researchers in the country say the percentage of protective antibodies decreases with age. Fifty percent of people over the age of eighty vaccinated had no antibodies at all.

Concerns about the actual effectiveness of the Sinopharm vaccine do not end there. Some countries that relied on Sinopharm to vaccinate their populations, such as Bahrain, Mongolia, and Chile, experienced increased infections in the late spring. The less effective Sinopharm in preventing the development of newer types of the Corona, especially the delta strain, can be considered one of the possible reasons for the growth of cases in these countries. At present, despite the use of Sinopharm in more than fifty countries, there is no information on its effectiveness against new species of Corona.

Who is not recommended for the Sinopharm vaccine?

Because further studies are needed to evaluate the safety and efficacy of the vaccine in people under the age of 18, Sinopharm injection is not recommended for this age group. According to the World Health Organization, people with a history of severe allergic reactions (anaphylaxis) to the vaccine should not inject Sinopharm. Also, anyone whose body temperature is above 38.5 ° C should delay vaccination until the fever goes away.