Health benefits of sesame include:

Sesame seeds contain 5 grams of protein, which is essential for maintaining the health of the body, as it increases the availability of sesame protein to the body. He does this for a living. Roasting and peeling sesame reduces phytate and oxalate levels, which interfere with protein absorption. 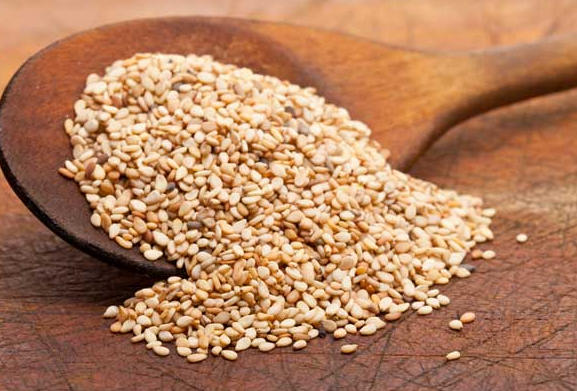 The sesame seed lacks lysine, an essential amino acid (which humans cannot make on their own and must consume through food). Lysine is abundant in animals.

Sesame seeds contain lignans, which are compounds that reduce damage caused by oxidative stress in chronic diseases, a harmful condition in the body. Gamma tocopherol is a type of vitamin E found in sesame seeds that may reduce the risk of heart disease.

Besides the hull, sesame seeds contain some B vitamins, which are necessary for cellular function and metabolism.

Sesame seeds are a good source of minerals, including copper. Sesame seeds are an excellent source of manganese and calcium, both of which aid in red blood cell production and immune system functioning. One cup of dried sesame seeds provides 163% of the daily copper requirement.

It plays a role in healthy bone growth and good strength, and calcium plays a role in the formation of red blood cells, as well as transmitting nerve signals, muscle movement, blood vessel function, hormone secretion, as well as the minerals and vitamins found in sesame seeds, including phosphorus, magnesium, iron, and zinc.

Benefits based on effectiveness are the same

More studies are needed to prove these benefits:

According to a study published in the American Journal of Medicine in 2016, it lowers blood sugar in patients with type 2 diabetes. A combination of 20% unrefined sesame oil and 80% refined rice bran oil reduced high blood sugar levels and improved lipid profiles.

It reduces inflammation, according to a study published in the journal Phytotherapy Research in 2019. Sesame supplementation significantly reduced exposed joints and pain intensity in participants, possibly due to sesame’s ability to reduce inflammatory mediators.

According to a study published in the journal Ethnopharmacology in 2021, sesame oil is beneficial to the nervous system, although the study was conducted on animals. Further research is needed.

A 2012 article published in the official journal of Isfahan University of Medical Sciences examined fertility problems in men. Researchers in this study suggested that sesame might benefit male infertility cases since it increased sperm count and motility, but the study did not prove this claim.

According to a study published in the International Journal of Research in Applied Science and Engineering Technology in 2019, sesame seeds mixed with sugar twice a day for three weeks improved bowel movements without causing any adverse effects.

In a study published in the journal of Mazandaran University of Medical Sciences in 2019, sesame oil reduced stroke risk, reduced edema, and improved sensorimotor disorders.

A study published in the International Journal of Basic and Clinical Pharmacology in 2018 found that sesame extract reduced gastric mucosal lesions, mucosal content, gastric juice volume, and pH in animals. According to this study, sesame may reduce the risk of stomach ulcers, but more research is needed to confirm this.

According to a study published in the Journal of Nutrition in 2006, eating sesame may reduce symptoms of menopause in 24 women without any diseases. Researchers have suggested that this supplement may affect blood lipids, antioxidants, and sex hormones in the body, but further research is needed to confirm these claims. 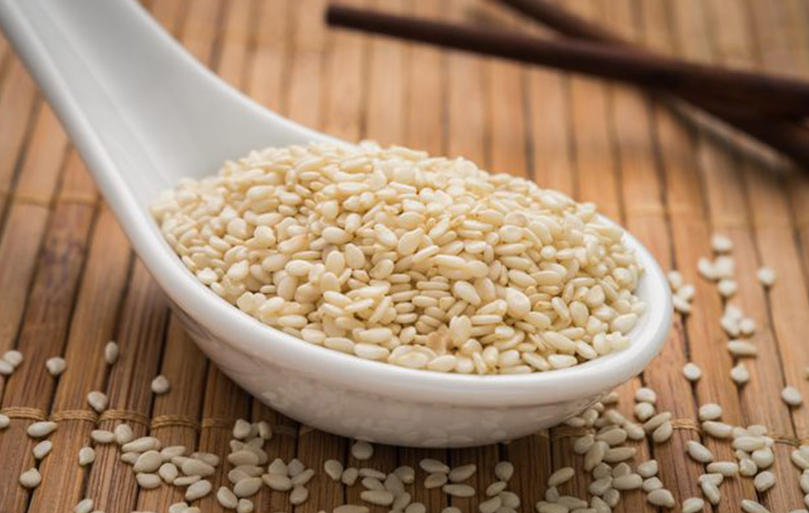 According to a 2009 study published in the International Medical Journal of Experimental and Clinical Research, sesamin compound in sesame improved bone marrow differentiation and bone structure in mice by improving osteogenic differentiation in bone marrow tissue cells. Researchers in this study suggested that sesamin may reduce the risk of osteoporosis, but further research is needed to confirm this.

There is a belief that sesame can reduce the risk of certain diseases and health problems, but there is not enough scientific evidence to support this; among these benefits are:

Most people consider sesame to be safe when consumed with food, and sesame oil may be safe when used as a short-term remedy, but it may cause allergic reactions in some.

In foods, sesame is usually considered safe for pregnant and lactating women, but no research has been done on the safety of taking sesame as a medicine during pregnancy or breastfeeding, so it is recommended to avoid it during these times.

In the quantities commonly used in food, sesame seeds and sesame products are often safe for children.

Sesame may interact with certain medications, causing problems such as:

Drugs are changed and broken down by the liver.