To take a working vacation in the No. 1 global city, Americans don’t need a passport.

Kansas City, Missouri, was named the best city in the world for working during the day and exploring after hours without using up too much of your PTO time, according to a recent analysis from Icelandair.

Kansas City – known for its barbecue, jazz scene, and more fountains than Rome – boasts attractions such as the Nelson-Atkins Museum of Art, Kauffman Stadium, Worlds of Fun, and a bustling downtown. There are 115 global cities in the ranking, selected because of their prominence in the tourist industry and the availability of “slow” travel options. 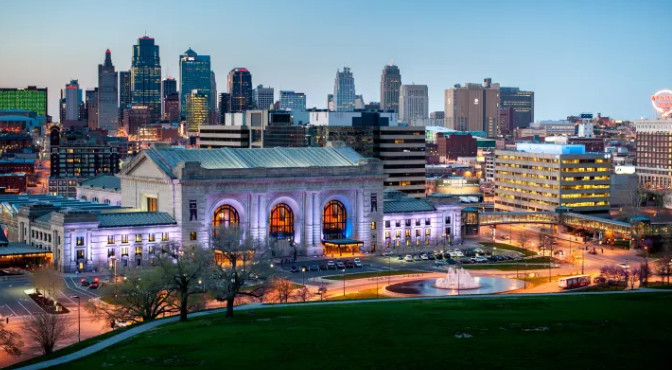 The top 10 best global cities for a working vacation, according to Icelandair.

Travelers may be surprised to find that typical big cities like New York or Los Angeles don’t top the list. As a result, these metros aren’t always the best for taking a break from a busy day at work, says Gisli S. Brynjolfsson, director of global marketing at Icelandair.

Slow travel is especially appealing to people planning working vacations, who are more likely to travel alone and to stay at their destinations for longer periods of time. “It’s about not burning yourself out and getting to know the places around you,” Brynjolfsson says.

Remote work makes it easier than ever to take a working vacation, but many people return from these “breaks” more exhausted than when they left. Sixty-one percent of Americans who took a working vacation in the last year did not consider them “true” vacations, according to Expedia’s latest Vacation Deprivation study of 14,500 working adults in 16 countries. Additionally, 72% of people who worked through their vacation felt more burned out than ever before.

While on vacation, Icelandair recommends travelers connect with nature, stay active, and practice mindfulness. When you’re working, find an accountability partner who can help you prioritize your rest, whether they’re a remote colleague or a travel companion.