In a joint press conference with Borrell, Amir Abdollahian said the talks would resume soon. 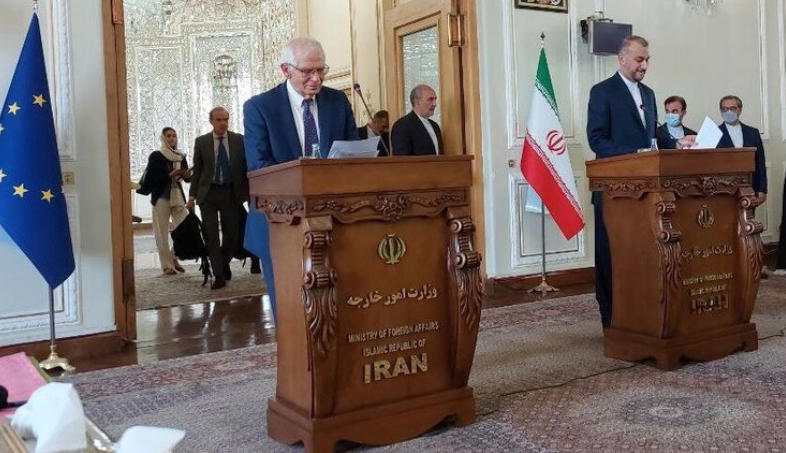 According to the chief diplomat, the nuclear deal will not be acceptable if Tehran does not receive dividends from it.

Borrell, for his part, said, “My trip to Tehran has a single aim: to give new momentum to the nuclear negotiations and to bring the JCPOA back on track.”
As the coordinator of the talks to revive the JCPOA, he felt a break in negotiations was necessary.

“Three months have passed since I paused the Vienna talks. It is necessary to break the current dynamic of escalation and speed up our work. “We need a deal to be signed now,” the top EU diplomat said, adding that the resumption of talks is a decision made by both Tehran and Washington.

During Borrell’s meeting with the Iranian foreign minister, the two sides agreed “to resume negotiations between the U.S. and Iran in the coming days, facilitated by my team, to resolve the last remaining issues.”
Borrell continued, “Our bilateral relations are highly promising, but we will not be able to realize their full potential without a working JCPOA.”