Have you ever noticed that someone has become more beautiful during pregnancy, or has this happened to you? Does your spouse talk about your glowing skin during this time? It will be interesting to hear these sentences during this time, and you should be thankful for your proper blood flow.

High blood flow makes your face glow, but if not enough blood is produced in the body, you will probably have pale skin and a feeling of weakness due to anemia during pregnancy, but do not worry. By following the tips, you can eliminate this anemia. 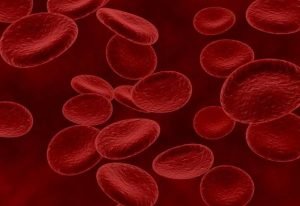 Anemia is a low number of red blood cells or low hemoglobin levels (an iron-containing protein) in the body. This condition is more common during pregnancy when the mother’s body needs more blood and iron to feed.

These proteins are present in the human bone marrow and are deficient when bone marrow production is reduced. Under normal circumstances, the human body needs iron, vitamin B12, and folic acid to produce large numbers of blood cells, and a deficiency of these components causes anemia.

Anemia is common during pregnancy, but if it is too severe, it can cause many problems, including premature birth, low birth weight, postpartum depression, or the birth of a baby with anemia.

Did you know that there are a total of 400 types of anemia in the world? Only a small number of them occur during pregnancy, three of which are pregnancy anemia:

Iron deficiency is one of the most common types of anemia during pregnancy. The body does not have enough iron to produce hemoglobin, a protein in blood cells that carries oxygen from the lungs to other parts of the body. As a result, if you have anemia, not enough oxygen reaches different parts of the body.

Causes of iron deficiency in the body:

Your body always needs twice as much iron during pregnancy, so your body produces enough blood and delivers oxygen to the fetus. The recommended amount of iron produced in the pregnant mother should be 27 mg per day, and less than that causes maternal iron deficiency.

What are the symptoms of anemia in Pregnancy?

Common and mild anemia has no symptoms, but fatigue is one of the first symptoms to increase during pregnancy.

Moderate to severe anemia is associated with the following symptoms:

How to diagnose anemia in pregnancy:

If you do not have the above nutrients, you can also take a small iron supplement that improves your physical condition. Still, if the hemoglobin falls below 6 mg, you should take powerful supplements or blood transfusions to find the root cause. You can see a hematologist.

Avoid foods that interfere with your ability to absorb iron:

What is folate deficiency anemia?

Another common anemia during pregnancy is folate deficiency, which, if your blood is low in folate, causes a drop in blood folic acid. During this time, you need more folate or vitamin B9 for cell growth. Note that acid deficiency Follicles can lead to mental retardation in children.

Cause of folate deficiency in pregnancy:

The amount of folate received in the body per day should be 600 mg, and less than this amount causes a lack of folate in the body.

Your body system will absorb less during pregnancy, and also the fetus will absorb all the folic acid the body needs to grow. Morning sickness can also lower folic acid levels.

Risks of increased folate deficiency in the body:

Symptoms of folate deficiency in the body:

Diagnosis of folate deficiency in the body:

At this time, your doctor will give you a blood test and ask you about your medical history and symptoms. Problems after folate deficiency in infants:

Vitamin B12 deficiency in pregnancy:

Vitamin B12 is another essential vitamin in the human body that plays an essential role in producing blood cells. Folate and vitamin B12 deficiency often occur together.

Reasons for Vitamin B12 Deficiency:

Pregnant women should take 2.6 mg of vitamin B12 during the day, and if they do not get enough vitamin B12, they will no longer be able to produce other essential nutrients.

The main reasons for vitamin B12 deficiency:

Risks of increased vitamin B12 deficiency: 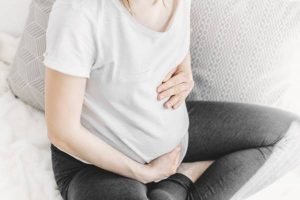 How to prevent or treat vitamin B12 deficiency:

Other causes of anemia:

Juices such as dates or grapes, and other juices are very rich in iron and have a pleasant taste that you can use in tea or coffee.

Fresh lemons and oranges also significantly affect the absorption of vitamin C and thus the treatment of anemia.

Other ways to treat anemia in pregnancy:

Benefits and side effects of licorice for health and treatment