After Belarus’ president complained about nuclear-armed NATO flights near its border, Russia agreed to supply Belarus with missiles capable of carrying nuclear warheads.

The announcement was made by President Vladimir Putin as he received Belarusian leader Alexander Lukashenko in Moscow on Saturday. 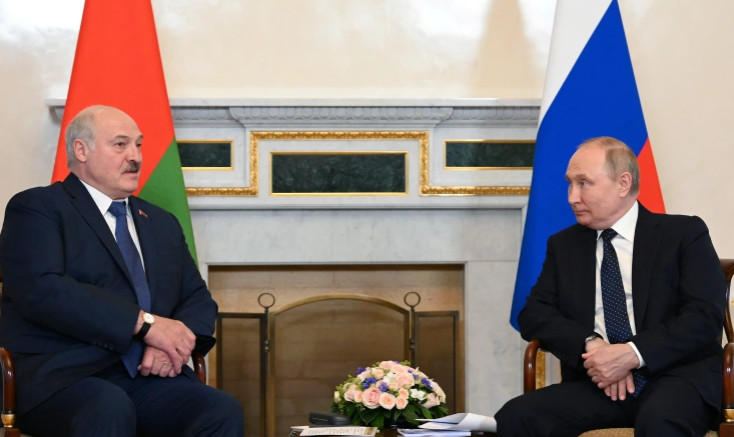 Belarus will receive Iskander-M tactical missile systems in the coming months, including ballistic missiles and cruise missiles, in their conventional and nuclear versions,” Putin said in a broadcast on Russian television at the beginning of his meeting with Lukashenko.

In response to what he called nuclear-armed flights near Belarus’s border by the US-led NATO alliance, he requested Putin’s assistance in mounting a “symmetrical response.”

As tensions with the West over Ukraine soar, Putin offered to upgrade Belarusian warplanes to carry nuclear weapons.

The Belarusian military operates many Su-25s. They can be upgraded appropriately,” Putin said.

We will agree on how to carry out this modernization in Russian aircraft factories and how to train the personnel to do so.

Since his country invaded Ukraine on February 24, Putin has mentioned nuclear weapons multiple times as a warning to the West not to intervene.

NATO had allegedly planned to admit Ukraine as a platform to threaten Russia, according to Moscow.

This move by Russia has not only triggered a barrage of Western sanctions, but has also prompted Sweden and Finland, Russia’s northern neighbour, to apply to join the Western alliance.

Lithuania, in particular, has infuriated Russia by blocking the transit of goods subject to European sanctions travelling from Russia, through Belarus, to Russia’s Baltic exclave, Kaliningrad.

While Russia called it a “blockade,” Lithuania has said it affects only 1 percent of the normal goods transit on the route and does not interfere with passenger traffic.